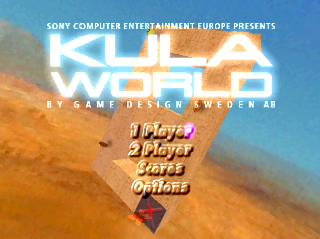 When the fancy 32-bit consoles arrived, every developer around was frantically trying to convert all the game genres under the sun into equally fancy 3D games to wow expectant gamers. Most tried but few succeeded, at least as far as some genres were concerned. One of these was that of puzzle games which probably didn't really seem like a priority at the time. However, from nowhere, courtesy of a developer no one had even previously heard of, came Kula World which, like so many puzzle games before it, seemed like such an obvious idea that it's amazing no one had thought of it before! Accordingly, the concept is a simple one: you are charged with guiding a beach ball (a 'Kula' beach ball, no less) across/around a floating geometric shape with the ultimate objective of reaching the exit. As any gamer should already know, however, it's not quite that simple.

Read more »
Posted by RetroKingSimon at 19:11 No comments:

In the unlikely event that you've been reading my ramblings here at Red Parsley since all the way back at the beginning, you may remember that I've long been keen on Naxat's rather spiffing Crush series of pinball games. Even including the (fairly) recent Wii remake, however, there have only been six releases in the series, and only three of them are generally considered unique and proper instalments.

What is much more likely, however, is that you haven't been visiting my humble blog for very long (or ever before) and have therefore seen nothing of my enthusiastic tributes to the (mostly) fine games that make up this intriguing series. Therefore, as it's been a long time since I posted anything about them, and also because I was recently reminded of an article I wrote for the Replay magazine a while back, I thought I'd share it with my tens of readers here as well to wrap up my coverage of the series. Behold, for your possible reading pleasure:

With Sega at the peak of their powers in the early 90's, the Mega CD was supposed to consolidate their lofty position as well as herald a new age of home entertainment. What we ended up with, however, was an expensive add-on which few developers supported with much enthusiasm. Those that did release titles for it gave us either games with fancy graphics and FMV but little in the way of gameplay or games that were hard to distinguish from examples on a non-enhanced Mega Drive. Neither type did very well - the former because they weren't very enjoyable, the latter because they weren't the revolutionary titles gamers were promised. Looking back now, it is of course the second type which provided the better games and probably the most numerous examples were shoot 'em ups. Here are the best ones: 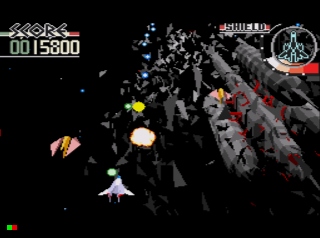 Every console has a 'showcase' game and this was often the one used to promote the power of the Mega CD around the time of its launch. At first glance it might look like a complicated space combat game of some sort but it's actually a pretty basic semi-3D vertical scroller, only with fancy polygonal ships over pre-rendered backdrops. The story is the same old stuff (although it's told in a decent rendered intro) but your nifty ship is equipped with a twin-shot and a shield to help it through the eleven tricky stages. Splendidly, when the latter expires, any further hits cause damage to your ship rather than just destroying it right away - first the engines go wonky, then the weapon power decreases, etc. There are of course also a tonne of power-ups and weapons to look out for. Silpheed is often dismissed as a glorified tech-demo, and it's perhaps not as great as it thinks it is, but it's still a mighty enjoyable blaster, and one with the kind of graphics and presentation MD owners has only previously dreamed of.

Despite some of the less-than-pleasant things said about his début game, Dizzy still proved very popular among the many 8-bit micro users in the UK in the mid-to-late eighties and Code Masters, never ones to miss an opportunity, soon capitalised on this success by concocting the inevitable sequel, this time to appear on a much broader range of platforms. Even though there were now some fancy console and 16-bit incarnations of his adventure, however, it remained the trusty Speccy which hosted the most popular and arguably the best version. The Olivers sensibly changed little about the basic style of the game and merely moved Dizzy from the fairy-tale inspired world of the original to a deserted tropical island which, as hinted at by the title, was indeed home to much treasure. Dizzy's main objective, though, was simply to escape this new, dangerous land unscathed. 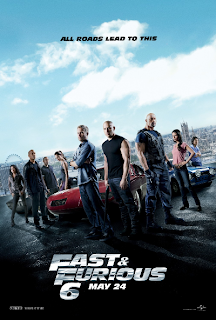 Tagline: "All roads lead to this"

Who knew when Dominic Toretto first started throwing his weight around outside his sandwich shop all those years ago that he, and the series which gave him his name, would still be going strong by the sixth instalment? If it wasn't for the short-but-intriguing post-credits scene in the fifth film, this latest outing is one that wouldn't even make sense either. When we left our favourite 'team' they had just pulled off an enormous (and destructive) heist that left them all fabulously wealthy and we rejoin them a short while later enjoying the luxurious lifestyles they can now afford. Then of course, soon after Dom (Diesel) and Brian (Walker) quite literally race to the hospital where Mia (Brewster) is in the process of giving birth, Agent Hobbs (Johnson) turns up to ruin their fun with news of a crack (snigger) team of drivers who are targeting military convoys across Europe.

Amusement arcades were once wonderful places, especially in the 80's, and among the most intriguing machines were always those games with the giant moving hydraulic things. I'm not sure who created the first but Sega were certainly responsible for some of the most impressive examples which usually placed you on (or in) a wibbly plastic interpretation of the in-game vehicle in question. One of their earlier efforts was Hang-On which I didn't first encounter until after the more famous Super Scaler trio of Space Harrier, Out Run, and of course the hyper-tastic After Burner but, upon viewing the large red motorcycle that sat it front of its screen, my enthusiasm was far from dampened and I hastily sat astride the device in question. Unfortunately, this quickly proved to be the first of these 'simulator' machines that I didn't get on with, thanks mainly to the need to actually lean all the way in one direction or the other to steer the bike. Realistic perhaps, but difficult for a young pipsqueak like me to get to grips with!

Read more »
Posted by RetroKingSimon at 12:36 No comments: 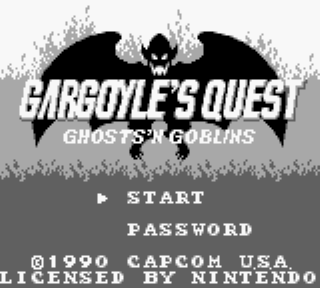 Since the mid-80's Capcom have been among the most revered and celebrated of Japanese developers and a big part of the reason for that is the numerous franchises for which they churn out many apparently endless instalments. One of the first of these was that of Ghosts'n Goblins, the splendid Sir Arthur-starring platform/run 'n' gunners which have long been notorious for their insane difficulty as well as splendour, but how many fans are as enthusiastic about the spin-offs? One of the first was Gargoyle's Quest, released exclusively for Nintendo's little handheld and strangely devoid of the main star of the previous games. In place of our brave and noble knight is something which should be familiar to fans of the original game - a scary red demon who goes by the name of either Red Arremer (Japanese version) or Firebrand (Western versions) who must battle to save the Ghoul Realm from the evil wrath of King Breager.