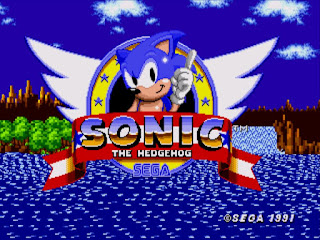 Read more »
Posted by RetroKingSimon at 16:37 No comments:

This could be down to the fact that the list contains many of the biggest, brightest, and best-known (and therefore most popular) objects to be found. Indeed, many of us will have grown up seeing or hearing about a lot of them, myself included, without ever knowing what they are or even what they're called. There are 110 objects in Messier's catalogue too, which means simpletons like me often forget about some or get others mixed up, so I figured it might be worth listing them here. The third such post is therefore thus. The pics should all be 1200x900, hope you like them :)

Read more »
Posted by RetroKingSimon at 11:18 No comments:

So there I was, sitting at my desk at work, back aching as I tipped and tapped away on my keyboard doing my largely inconsequential work while also thinking about all the blog stuff I want to do but don't have time for, when I realised something. I was listening to a variety of music as I worked and when I got to Space Harrier it made me think: it's a pretty old game now, from an innovative era where tech and ideas evolved quickly; could it be the earliest game to actually have great music?

Now, before you all start reeling off lists of examples, I'm very well aware of lots of earlier games that featured appealing, catchy tunes and jingles, but while I was listening to the awesomeness that is Space Harrier's main theme, I was struggling to think of any games that featured what you might actually call a high quality musical composition that predate the 1985 release of Yu Suzuki's classic shooter. You know, the kind of music that's so good you might play the game just to hear it...

I'm probably wrong of course, as is frequently the case, but it certainly doesn't hurt to shine the retro spotlight on this stonking game once again, and particularly its (underappreciated?) music which, like the more celebrated Out Run and After Burner, is the work of the supremely talented Hiroshi Kawaguchi who is now one of the few staffers of that era still at Sega. It might not have a fancy name like Magical Sound Shower but this must surely be one of first truly great pieces of game music?


Posted by RetroKingSimon at 16:47 No comments: Tagline: "A place to die for."

With some TV shows it can take a lot to secure your interest but with others it's incredibly simple. This was the case, for me at least, with Wayward Pines. It's based on a trilogy of novels by Blake Crouch and also bears the name of M. Night Shyamalan heavily on promotional material who was indeed involved in the project to bring the novels to our screens, acting as executive producer and also directing the first episode. That already made it sound promising and I wouldn't have blamed myself for being pulled in by that superb cast either, but it was actually just a brief 10 second synopsis that did the trick. I can't remember exactly what it was now, oddly enough, but it was something along the lines of "Guy wakes up in some weird town and is unable to leave again" and that does kind of sum up the show, or the first half of the first season anyway.

Read more »
Posted by RetroKingSimon at 02:01 No comments: