Well, it's been a few years now since I last took a look at the F-Zero series here at Red Parsley, mainly because I've already covered every instalment, but I still enjoy playing each of them to one degree or another. The Nintendo 64 game is without question my favourite but few gamers would argue that it was the SNES original that had the biggest impact, and for those of us that grew up with it, every corner of every course is consigned to memory. Despite that, I still fancied revisiting them and thought it might be worth taking a closer look at all of them. Therefore, whether it stands to cause pangs of nostalgia, or perhaps even give new insight into a game you (somehow) knew little about, here are the courses of F-Zero...


Knight League - Mute City I
This much-visited location, presumably the location of the F-Zero league head-quarters, is the 'biggest city on all the Space Federation Planets' and is where each of the three leagues start. Its first course is obviously the simplest, featuring nothing trickier than a right-angle turn, a ramp which might send an inexperienced racer over the edge of the course, and a hairpin to round off the lap, but overall Mute City shouldn't cause any problems on even the highest difficulty level... 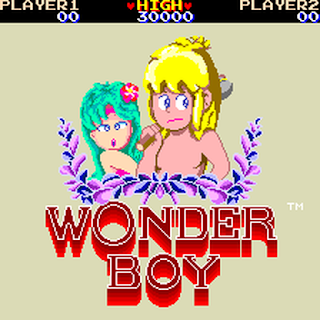 It has now been more than 6 years that I've been bumbling around with this blog, but all that time ago when I first started planning it, for some reason I intended to start by reviewing Wonder Boy. This is a bit odd since it's a game I've never really played properly. It was most likely with the intention of then reviewing the other Wonder Boy games afterwards, most of which I have played, and enjoyed very much, but whatever the reason, it has taken me all this time to get around to it. One thing I already knew about Wonder Boy's debut quest is that it involves the rescue of his precious girlfriend, Tina, who has been abducted by some evil monkey-spank known simply as King. Keen to regain her warm companionship, our impressively-crested hero sets out on a 'long and hazardous journey' in pursuit of the felonious King, and unfortunately the journey is indeed that, spanning some seven side-scrolling areas each split into four danger-filled rounds. 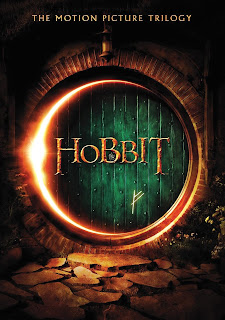 I am often asked what my favourite film of all time is. There are many contenders, but my answer lies with a series that has had a bigger emotional impact on me than any other. And that's what films are all about, right? Making you feel stuff, whether that's joy, sadness, fear, anger, or simply making your heart fill up like a balloon (to quote another of my favourite films) for no apparent reason. That's what happens when I watch The Lord of the Rings. I don't just sit there gawping at the TV - I actually feel invested in the adventure; in the characters, even the 'evil' ones. So, as I often find myself saying, if I'm allowed to choose a trilogy as my favourite 'film', it would have to be that one. Imagine how ecstatic I felt, therefore, to hear a few years back that we would have the chance to return to Middle Earth in the form of a new trilogy which was on the way too!

I haven't posted as many cover-art comparisons as I would have liked here at Red Parsley yet, but even without having featured many systems (yet), I don't think many would argue that the one with the greatest differences in regional cover art must surely be Sega's Master System. Despite their dreadfulness, I have a certain affection for the covers our MS games had over here in the UK, but while doing the comparison posts it became clear that many of the Japanese Mark III games are quite superb. I therefore thought it might be swell to share what I believe to be all of them here with all of you splendid fellows. They aren't all great quality, sadly, but they're the best copies I could find. Here are the first 40 covers - the rest will follow in Part 2 of the post. Hope you like them!

Everyone loves mental cars. Even if you never get to own one (most of us); even if you never get to drive one (some of us); they're still great to look at pictures of or watch on TV shows like Top Gear. In recent years we've been treated to some of the most insane examples yet. For this first post on the subject, I thought I'd take a look at some of the best to come from the USA. It is the land of excess after all!


Saleen S7
Although they aren't that well known this side of the Atlantic, I had of course still heard of Saleen, mainly because of their awesome Mustangs and other reworked versions of other company's cars. The S7, however - the first all original car Saleen made - only recently came to my attention and the first thing that struck me about it was its amazing looks. Just look at it - it almost looks like one of those sports-prototype racers! It has the performance to match the looks too - the twin-turbo version has a 7.0L V8 producing 750 HP that sends it all the way to 248mph! Check out the highly-limited cherry red version of it too, it looks even better.

Email ThisBlogThis!Share to TwitterShare to FacebookShare to Pinterest
Labels: Other Stuff - Cars 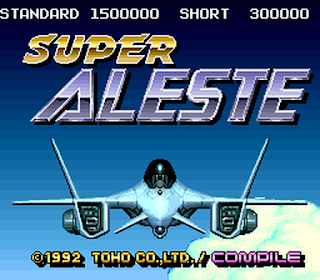 I've liked shmups pretty much ever since I've liked video games. One of the first I really got into was a vertical-scroller called Power Strike and it was my favourite for a long time. So much so, in fact, that it wasn't until quite a few years later that I found a similar game I liked as much. That game was, believe it or not, Super Aleste which, as it turned out even more years later, was a sequel (of sorts) to my old friend Power Strike which I had discovered was better known to some as... Aleste! Indeed, like the first entry in the series, this SNES-exclusive came with an alternative name too, this time for American gamers who know it as Space Megaforce (why do they so often choose such generic names?) but for me it was the first Aleste game to (knowingly) grace my bedroom and it was... pretty good! I guess I'm getting a bit ahead of myself now though, this is supposed to be a review after all! 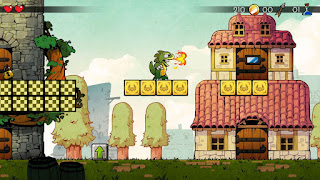 As some of you might know, having covered it twice already (here and here), I have been awaiting FDG Entertainment's update/reboot of the great Wonder Boy with much enthusiasm. It is based on and expands upon the epic third game in the series, The Dragon's Trap, and it really is looking wonderful. However, it now appears that FDG were not the only ones with the idea, for as recently revealed after a teaser countdown, there's another new Wonder Boy game on the way too! This one, developed by Lizardcube and published by those fine folk over at DotEmu, is apparently a direct remake rather than a new adventure based on the original, but that's just fine with me. 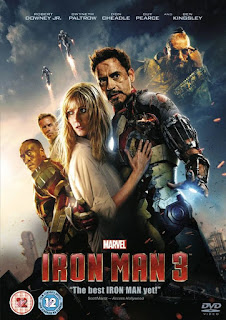 I think it's safe to say the first Iron Man film was rather well received and is still widely regarded as one of the best of all MCU films, while the second, though not matching the greatness of the first, was still a pretty darn good film. Both of them, however, were effectively intended to build up to the release of The Avengers. This third film was the first MCU movie to be released after that great ensemble effort, however, and while it is itself part of the build up the second Avengers film, the expectations were now sky-high. Could it possibly live up to them? The trailer certainly looked very promising and I think everyone just assumed without question that it would another superbly-entertaining adventure for Tony and friends, myself included.

Read more »
Posted by RetroKingSimon at 13:49 No comments: