Streets of Rage: The Movie!

As we all know very well by now, the Streets of Rage games are unquestionably the finest such examples of their genre as can be found in the splendid world of retro. The first game blew the socks off us MegaDrive owners when it arrived in a flurry of punches and kicks back in 1991 and the sequel which arrived only a little over a year later was, quite frankly, astonishing. Not only had Sega managed to better their already-superb original but in so doing had pretty much perfected the genre in what is still regarded as one of the greatest games ever made. 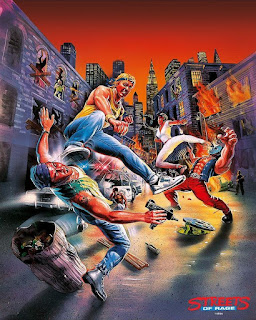 The third game, perhaps inevitably, couldn't quite live up to these lofty standards but it was still a corking brawler. Sadly, it would also prove to be the final entry in the short-lived series which has gone on to become one of the most revered and best-loved game trilogies of all time. Pretty much any gamers around during the time of their releases will speak excitedly about them but some fans have taken their passion for the games to new heights by creating their own live-action tributes!

I could scarcely believe my eyes when I first stumbled upon one of them, probably while looking for a SOR soundtrack to listen to at work. Instead I found the video below which is, for all intents and purposes, Streets of Rage: The Movie! It features just Axel at first but he is soon joined by Adam then Blaze as they run around various locations in what is presumably their home city duffing in various friends posing as hoodlums and bosses from the SOR games, and the results are truly wonderful for any fans of the games. These aren't just a bunch of idiots trying to become the next internet sensation; they are clearly huge fans of the games themselves and it shows. 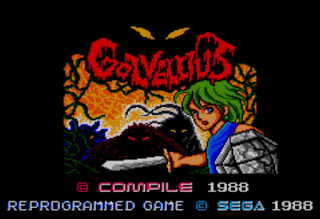 Most gamers over here in the West know the Compile name well. This is most often down to the splendid shooters they produced such as Zanac and the much loved Aleste series but they did also conjure up a fair few RPG's. Sadly, not many of these made it to our shores but one that did is Golvellius. It first appeared on the MSX in '87 where it... wasn't great, quite frankly. Happily, a much nicer redesigned version was soon ported to the Master System, swiftly followed by another version, again redesigned, for the MSX2. It's that MS version that most of us know though - even if we didn't own it, the screenshot showing a green squiggly background and large worm/snake-thing could be found on pretty much all of the MS's promo flyers and adverts. Indeed, it was a pretty well-known and liked game, but how does it hold up all these years later?

Read more »
Posted by RetroKingSimon at 16:49 No comments: