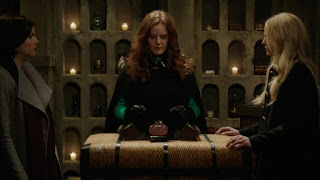 I must admit to having misgivings about this show prior to seeing it, simply due to its premise. All the fairy tale stuff just seemed a bit too childish for my liking, even with the interesting twist they've put on it - namely, that the characters taken from the various fairy tales and folk stories have been robbed of their memories, transported to our real life present-day world, and left to live new, unchanging lives in a fictional town in Maine called Storybrooke. All this is of course part of a dastardly plot by the Evil Queen Regina (Lana Parrilla) who used a powerful curse obtained from Rumplestiltskin (Robert Carlyle). About the only person in the town unaffected by all this magical tomfoolery is Emma Swan (Jennifer Morrison), a newly arrived bail-bonds person who, along with her son, must break the evil queen's spell, return everyone's memories, and generally save the day.

Read more »
Posted by RetroKingSimon at 16:00 No comments: 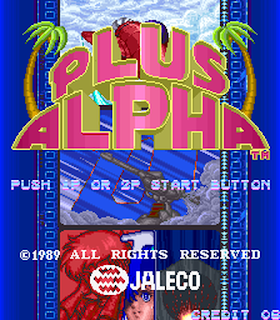 It's unusual for me to find a shoot 'em up I've never heard of, what with them being one of my favourite genres and all, but here's one from Jaleco which popped onto my radar only recently thanks to the RGF Shmup League. It wasn't very popular with those guys as I recall, but I quite liked the look of it so... let's take a look! Lord only knows if it has a back-story - I assume so judging by the title screen film reel which shows a few stills of stuff happening - but it was released in Japan only as I understand it, and converted to no home systems, so it's likely I'm far from the only one who has never heard of it, and detailed info on the game and/or its background appears to be rather on the scarce side! 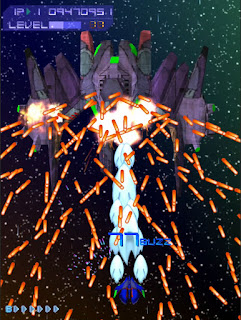 Well, kind of. Most shooter fans will no doubt recall the year 2000 excitedly, for it was the hallowed year Success Corporation unleashed the mighty Psyvariar on Japan's arcades (who remembers those places?). A few years later it was ported to the PS2 and also received a sequel, but that was all we saw of the series. Now, however, it's set to return to thrill and/or vex another generation of gamers! Sadly it's not a brand new sequel/reboot as I'd hoped and is instead a port of Psyvariar Revision, an updated version of the original, but it's better than nothing. Switch and PS4 owners will be the lucky recipients from this summer when it's scheduled to arrive, all guns blazing, and this time is seems gamers in the oft-neglected Western Hemisphere will have the chance to buy it without resorting to a 'grey' import too (chortle). There's no word yet on any possible new features, which will hopefully include new game modes and/or even some new stages, but I'm sure fans will be lining up to buy this regardless. Well, the digital download equivalent anyway. Unless it gets a physical release. Which would be nice. Anyway, just a quick shout out to you bullet-hell aficionados - start counting the days if you haven't already! (unless you're an Xbox owner - tee hee!)

Read more »
Posted by RetroKingSimon at 20:21 No comments: 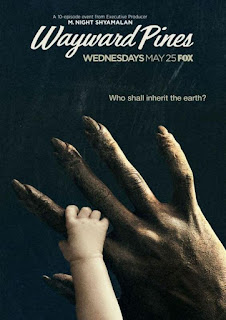 Tagline: "Who shall inherit the earth?"

Even though the first season was expected to be the only season, and despite it ending with what could be considered a (fairly) satisfactory conclusion, a second season of Wayward Pines did nonetheless stagger into view eventually. As we discovered around the middle of the first season, the shocking truth mentioned by Sheriff Pope was indeed 'worse than anything we could imagine', or worse than the poor old residents of the town could imagine at least - namely, that it's now the year 4028 and the human race is all but extinct, having evolved (or devolved?) into snarling carnivores with sharp claws and fangs known as 'abbies' (short for aberrations) who now run rampant over, presumably, the entire planet.

Read more »
Posted by RetroKingSimon at 22:30 No comments: