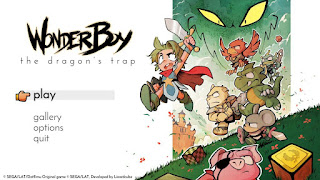 Whatever name you might know it by, and it has had a few, Wonder Boy 3 (as I've always known it) is one of those rare games that seems to be universally loved. Not everyone has played it - it was only available on the Master System and PC Engine in its day after all - but those who did were forever taken by its considerable charms and have remained loyal fans ever since, eagerly extolling its virtues to any gamers unfortunate enough to have never been touched by its brilliance. Unsurprisingly, therefore, us fans were more than a little intrigued to hear news of a fancy new remake from those splendid fellows at Lizardcube and DotEmu as well. Would it be a fitting tribute to a much-loved classic or a ghastly desecration fit only to soil its memory?

I recently had the opportunity to see an old favourite film of mine for the first time in lord only knows how many years. It was still splendid, I'm happy to say, but it also gave me the idea to seek out what might hopefully be some similarly entertaining films of the same type - i.e. road-based dramas/thrillers - for my latest film round-up. My selections included another old favourite I'd almost forgotten about and I also squeezed in three examples I've never seen before. Check them out :) 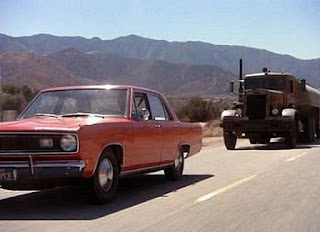 Though most well known today as Steven Spielberg's first feature, for me Duel has always been the film I stumbled upon on TV when I was a kid that so thoroughly captivated me, and in the process, I suspect, caused my life-long love of films generally as well. It weighs in at a trim 89 minutes and the premise is just as slight - ordinary salesman guy is stalked by large mysterious truck across long, barren desert roads - but it's the atmosphere it builds and sense of mystery that makes it such a gripping film. The trucker, for example, is never seen, and the reason for him (or her, I guess!) terrorising the driver is never discovered, leaving us just as bemused and scared as he is. The choice of vehicles was great too. The driver doesn't have a monstrous muscle car that could easily outrun the truck, and the truck itself is suitably intimidating. Dennis Weaver was also well cast in the central (and almost only) role of the mild-mannered driver slowly being driven crazy by the deranged trucker. It loses none of its impact watching it again today either which is high praise in itself. Still one of the best road-rage movies around... 9/10 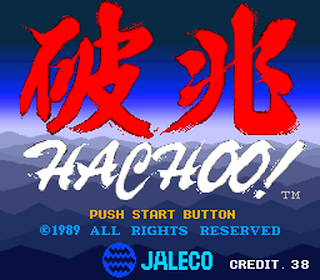 Bless you, Jaleco, looks like you're coming down with a bug of some sort there. Chortle! Yes I know, I'm very humorous, but the rather odd name given to this arcade-only release is not meant to represent a sneeze - it's actually meant to be a Bruce Lee-style kung-fu cry. You may now have begun to suspect, therefore, that Hachoo! is a game involving unarmed combat of some sort and you would be correct in that assumption, for it is indeed a fighting game; a scrolling one, no less, in the finest traditions of Double Dragon and Final Fight and all of those kicky punchy mostly girlfriend-rescuing escapades. Unlike those, this one is set in ancient China, and the basic back-story reveals, via a series of still images in the attract sequence, the reemergence of some sort of scary (and blue) demon creature. Naturally, you are selected (along with a near-identical twin in two-player mode) to stop this ghastly oaf in his tracks and cast him back into the fiery chasm from whence he came. 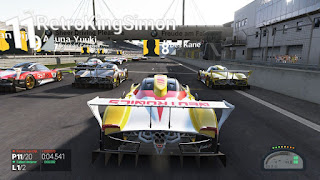 Driving games have always among my favourites and it has pained me to miss out on some of the more recent ones. One that has looked as good as any in recent years is Project CARS but I don't own any of the consoles it's on and I was far from confident my PC would be able to handle it. An opportunity to find out came recently, however, when Steam offered a special cut-down version of the game for free! It is this, the Pagani Edition. I imagine it is meant as a kind of playable demo for the full game but however it was intended it was a nice surprise. Even more of a surprise, though, is that despite its apparent minimum system requirements exceeding the abilities of my PC, it actually works very well!

Read more »
Posted by RetroKingSimon at 15:43 No comments: