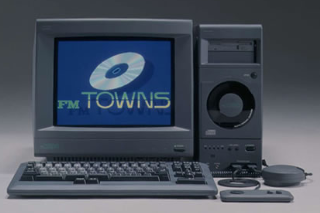 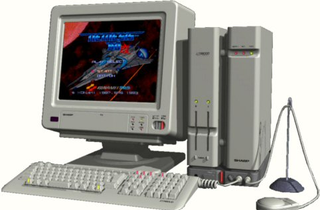 As time rolls on, the reputation of this system is gradually creeping closer and closer to legendary status. I hadn't even heard of it until years after production on it had stopped, and I don't think I was alone either - for some reason it got hardly any press over here in the UK, possibly the entire western hemisphere! We'd missed out on a gaming powerhouse as it turned out, too - its games were roughly comparable to the MegaDrive's, both in style as well as technical splendour, but Sharp's machine was released two years earlier than Sega's console and many still maintain that it was superior too. It has more titles available than the FM Towns, including its speciality - some fantastic arcade conversions, and it has more exclusives too, but it's just as expensive to buy and collect for which means it's just as unlikely that I'll actually own one. I've certainly pictured it sitting on my shelf often enough! 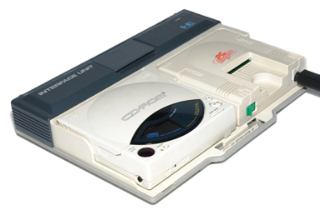 I've owned a PC Engine for many years - it's long been one of my favourite consoles - but despite finding its CD-ROM add-on enticing from the moment it appeared, I've never gotten around to buying one. At first it was super-hyper-expensive (look at the advert in this post!) and by the time it had gone down to a realistic (but still pricey) level I'd been distracted by even newer systems like the MegaDrive. I still remember being impressed by the graphics in screenshots of early titles like Street Fighter and Wonder Boy 3 though, and contrary to several later CD-based systems or add-ons which quickly went under due to a lack of software, there's not only quite a decent number of Engine CD games but they also include some exclusives that I've been desperate to play for years such as Pop'n Magic, Star Parodier, Popful Mail, and of course the other Rayxanber games. Grrr, someone buy me a Duo at least! 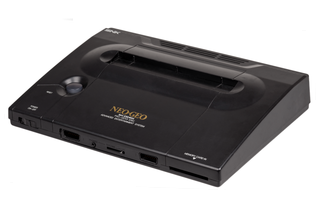 Some of the snobbier, more elitist gamers around might say I can't really consider myself a 'hardcore gamer' until I've owned an AES (not that I do anyway). Would they be right? No, of course not - there are many things to consider before buying a console, and availability of funds is the main one for non-gifted/lucky people like me. The console itself doesn't cost a great deal but those games... arrgghh! As ruling as it would be to have one of these monsters, having a decent collection of games for it would take dedication beyond that which my budget would allow. Some publishers have clearly realised this over the years and helpfully released collections of the earlier games for more affordable systems as well as porting some of the later (and larger) games individually but still... I can't help but wonder how awesome it might've been to have owned one of these along with a load of its enormous cartridges. 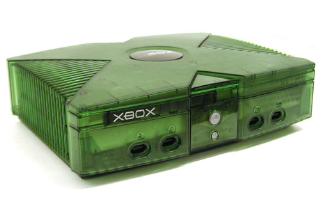 Indeed, a (fairly) modern system gets the top spot, not necessarily due to how desperately I want to own one, but more because of the ease of obtaining one, the large number of decent games available on it (including some exclusives), and more strangely of all, because I've never played a single game on it. That's right, somehow I've not once even touched an Xbox never mind spent much time gaming on one. One reason is because I was adamant that, if I bothered getting one at all, I wanted the green one pictured (I think it's called the 'Emerald' edition) but the main, and probably more obvious reason was the abrupt decline of my interest in new systems after the Dreamcast went down. My festering mild interest in Microsoft's debut console has gradually built up though, and if circumstances permit it I may actually get one. Eeek! 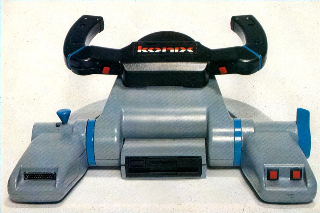 Okay, I guess it's a bit of a cheat to include a system that wasn't actually released but few captured my imagination like the legend that is the Konix Multisystem! It gained much coverage in magazines of the late 80's such as C&VG and many of their writers seemed as excited as us potential buyers by the idea. It was to be a 16-bit console and it came with a variety of built-in control options (Konix were after all a joystick company originally). Numerous developers were apparently on board and lots of arcade-quality games were promised by Konix but production on most of them was stopped when it became clear Konix were struggling financially. Indeed, sadly, their fascinating venture didn't reach the market but it did make many of us magazine readers long for its success. There was even a much-vaunted hydraulic chair proposed!