As a slightly strange person, there are many things about me that are odd, and that includes some gaming stuff. Indeed, ever since I discovered video games I've been interested in every system around to one degree or another, and I've owned most of them some stage too. However, despite numerous attempts, I've never really managed to embrace any handheld systems. 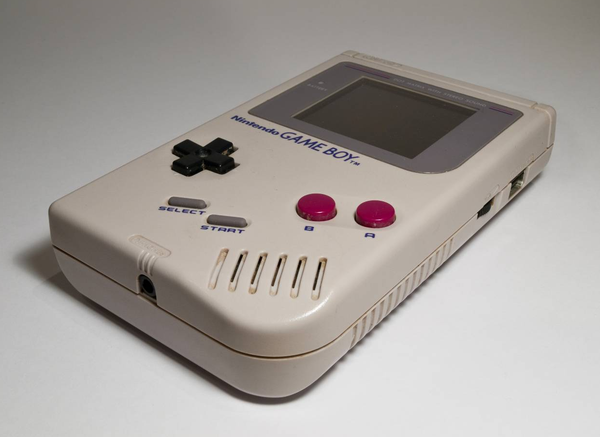 The first one I owned was Atari's Lynx which, though technically impressive and home to many decent games, failed to keep my attention for too long, so I decided to try the less advanced but much more popular Game Boy. Indeed, even though in my eyes Nintendo's machine was little more than an updated Game & Watch (which I also never really got on with), the various games magazines of the time were constantly burbling on about it to such an extent that figured it was worth a punt. It was duly acquired, along with Tetris or course, and even I, as a seasoned Sega fan-boy, could concede it was a decent bit of kit. It looked quite nice, the batteries lasted a while (unlike my Lynx - eeek!), and even better, it fitted perfectly in the inside pocket of my leather jacket which meant I could carry it around effortlessly and 'whip it out' at a moment's notice, looking undeniably cool in the process - reason enough to own one by itself!

Sadly, however, over the ensuing weeks, much like the Lynx before it, Gunpei Yokoi's celebrated creation failed to ensnare me and I found my interest waning. Strange I know, and I genuinely don't have a reason to give, but even worse was the fact that I never even bought any games for it - I just had the famous Russian puzzler with which it came packaged. I played it for a few weeks, then sold it along with the console and, despite feeling guilty ever since, I never replaced it either... 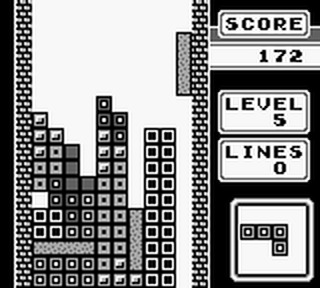 Whatever my opinion of the Game Boy or reason for being seemingly unable to embrace it, one thing is for damn sure - there has probably never been a better choice of pack-in game for a console than Tetris (although Super Mario World wasn't half bad either!). In spite of the console's impressive (for the time) battery life, it was mainly intended for short gaming sessions with immediately accessible titles, and Tetris fitted this bill perfectly. The concept of making as many 'lines' as possible by arranging the falling geometric shapes was well suited to the GB's limited graphical abilities and its 'pick up 'n' play' nature meant you could do so whenever and indeed wherever you wanted - something I took advantage of often... to start with. It wasn't the game I tired of really though. It's rightly regarded as an all-time great and was so ideal for the Game Boy that, despite making appearances on practically every gaming system known to man, it's still a title most associated with Nintendo's handheld. Perfect game for the system, wrong system for me I guess...

Overall then, I suppose this particular feature should be called 'Embarrassing Gaming Confessions' rather than 'Gaming Memories'. Some of you reading this may be saying "What were you thinking? The are tonnes of great Game Boy games!" but my answer to you would be... I know. I know the Game Boy has masses of quality titles, and many of them can only be found there, but... I don't know.

I can't think of a single good reason for my apparent aversion to handheld consoles generally or the Game Boy specifically. Although some didn't like the limited black and white graphics, I certainly don't have a problem with any aspect of the console itself. I wanted to get into it, I really did, I just didn't 'feel it', if you know what I mean. Oh well, it didn't stop me from trying a few other examples later on!