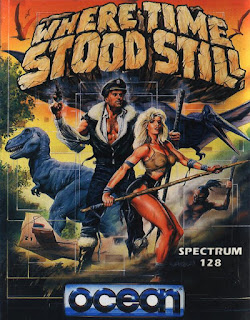 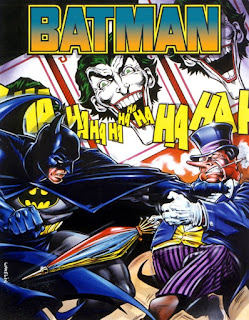 I've never been that bothered about Batman, either as a character or any of the games in which he starred, and I haven't actually played this particular example a great deal, but just look at the artwork it received. Even I can recognise its outstanding quality and appreciate how much it must've appealed to fans at the time, and indeed still now as well I'm sure. The Caped Crusader himself surely looks as good as he ever did in proper comic-book form as he punches the equally-impressive Penguin right in his stupid throat. The idiotic Joker manages to get in on the action too (more than once in fact), laughing maniacally at... goodness knows. All of them feature in the game too - I really doubt anyone else could've come up with a better ad/cover than this, it's absolutely perfect for the game in question. 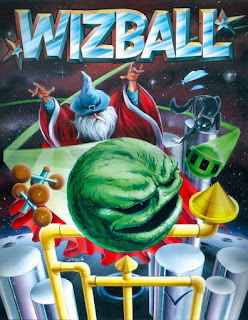 As one of the most popular games of the era with home micro users, Wizball deserved a top-quality piece of artwork to accompany it on store shelves and it definitely received it thanks to another wonderful example of Mr. Wakelin's talents. Not everything featured thereon would've made a tremendous amount of sense to prospective buyers back in its day but it undoubtedly looked sufficiently intriguing to want to find out. The spacey backdrop along with the unusual scenery and characters conjured all sorts of possibilities in our active imaginations, as did the powerful (and beardy) wizard who was apparently overseeing proceedings. Thankfully the game itself did not disappoint either, being just as creative and unusual as the artwork, making the two of them about as fitting a pair as any you might find in the world of gaming. 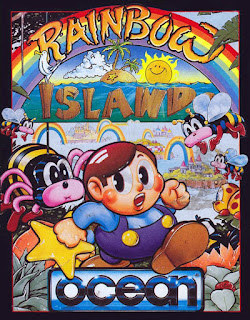 It wasn't until the early 90's when I acquired the game for my MegaDrive that I understood the genius of Rainbow Islands but this was still one of my very favourite adverts out of the many that appeared in the glossy pages of C&VG and all my Speccy mags. The title takes up nearly half the page but it could be one of the best of any game ever - a happy colourful rainbow, tropical waters, a desert island and a smiling sun between them, and splendidly chosen fonts. Even a crafty seagull has managed to flap into the shot. Below, we get a superb representation of the game itself with its many islands stretching into the distance with a slightly panicked Bub front and centre pursued by some not-very-lethal-looking bugs. It really is a wonderful piece of artwork which is more than good enough for one of the all-time great games. 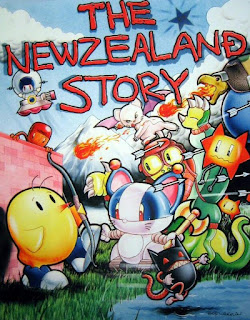 As impressive and endearing as his Rainbow Islands effort is though, my favourite of all Mr. Wakelin's pieces personally must be this stunning example for another Taito arcade conversion. The game is another of my all-time faves and stars the brave Tiki the Kiwi as he battles through all manner of terrifying creatures to save his brethren from the clutches of the evil Wally Walrus, but the reason I even played the game to start with was entirely down to this gorgeous advert which captures the spirit of the great game perfectly. It's a challenging adventure and poor Tiki really does have it all against him, just as is superbly depicted here (not sure why the little cat thing is running away though!). I really do love this piece - not only is it my favourite of Bob's many superb examples but it may well be my favourite piece of game art from any artist...