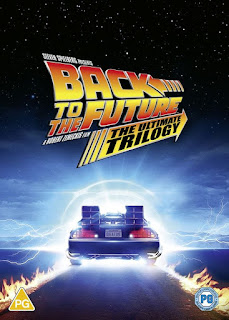 A couple of weeks ago now I decided to do a 'Top Five Movie Moments' post for the original Back to the Future, and in order to do 'research' for this I thought it was best to watch it again. This was of course just an excuse to... well, watch it again! It must be one of my top ten most watched films of all time already, and was also one of the first films I watched many times along with Star Wars and No Retreat, No Surrender. Unsurprisingly therefore, I enjoyed it immensely this time as well. So much so, in fact, that I ended up watching the sequels too, which I rarely do as they never quite did it for me the way the original does. I mean, I enjoy them for the most part, but more because I get to spend more time with the great characters from the first film rather than them being great films in their own right. I suppose they are at least good films, they just pay the price for being sequels to a far greater film. Anyway, however possibly-foolish this opinion may be, I figured I might as well make a brief post here about them here! To that end, I present: 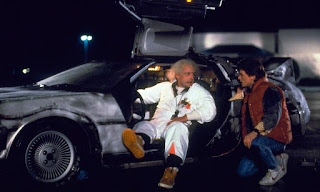 I must've been about ten years old when I first encountered this. The title confused me, Michael J. Fox was unknown to me, and I had no idea what a DeLorean was, but it quickly became one of my first ever favourite films anyway thanks to its fantastical story, many appealing characters, and... well, virtually everything really. Sure, it has a few plot-holes which are more obvious the more times you watch it, but they certainly aren't bad enough to affect enjoyment, and it remains precisely that regardless of how many times you watch it - just immensely enjoyable. Or it does for me anyway. Seriously - how many people genuinely don't like this film? I would even say it's better now than when it was first released. I've always enjoyed the part set in 1955 which is, now that I think about it, the vast majority, but the 80s scenes are now also wonderful from a nostalgic point of view too (as all 80s stuff is because the 80s was super-awesome). But alas, one mere paragraph is never enough to extol the virtues of a genuine all-time-great. All I know is, I always feel warm and happy in the presence of Marty & Doc (and 50s Lorraine - tee hee!) and have never gotten even slightly tired of this helping of their adventures! ... 10/10 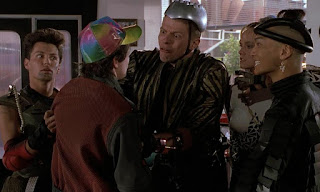 It might've taken four years but we knew from the end of the first film that it was coming. The question was: could it recapture the magic? Many believe so and love it just as much as the original, but for me it always been a bit more of a mixed bag. The 1955 stuff is nearly as great as it was before - it's nice to see more of some characters and it's also pretty cool to see events from the first film from a different perspective. I have, however, never been keen on the stuff set in 2015. Not because it hasn't aged as well as the 50s or 80s parts - I didn't like it at the time it came out either. I like how much everything changed just because Biff got rich - I get that's his true form - but the other stuff isn't great for me. The pointlessness of taking Jennifer along for one thing (why bother recasting her at all?). MJF playing his children is irritating too (the daughter is just creepy, sorry), and all that 'chicken' stuff is beyond stupid. The film generally is made considerably more appealing than it would've been by the characters/actors involved but this has always been a bit of a 50/50 film for me. Bonus point for another look at 50s Lorraine though (swoon)... 6/10 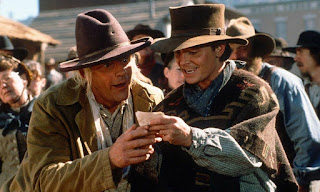 There was no long wait this time as this third instalment was filmed at the same time as the second and released only a year later. We knew it would feature the 'old west' too, as not only did Doc's letter at the end of the last film mention it, but there was even a trailer at the credits! I wasn't sure I would like it though. The absence of 2015 was a bonus but I've never been a fan of Westerns. It does still have Marty and Doc though, obviously, and my sorrow at an almost total lack of Lea Thompson is made up for to some degree by the addition of the always-lovely Mary Steenburgen as Doc's love interest (it seems he no longer has much concern about changing the future!). A majority of the film, of course, takes place in the aforementioned American West of the late 19th century and despite another ridiculous character trait getting added (Doc knocked out cold by the tiniest drop of 'liquor'), it's a more enjoyable film overall than the previous one for me. Thomas F. Wilson seems to have a lot of fun as a gunslinging outlaw and Marty's ineptitude is also amusing (although I guess we would all be crap in the same time/place). More enjoyable than I was expecting and a reasonably satisfying conclusion to the series... 7/10