To be honest, I don't often pay all that much attention to Sega these days. It's a pretty sad thing to admit but they've been slowly declining for some time which is a sad thing to see too. Every now and then, however, some news from them reaches my ears and breaches the security measures meant to filter out the mundane. One thing that's likely to do that is news of a new Sega arcade game. 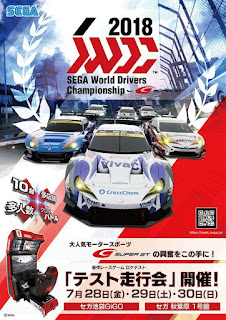 We've already had a similar announcement from them last year regarding Daytona 3 Championship USA which was mighty welcome - not sure what happened to that actually, the only news since then that I've heard is that they've now dropped the '3' from the title - but anyway, the latest news coming from Sega's arcade division over in Japan is also about a racing game, but this time we're getting a brand spanking new one!

As far as I'm aware, Sega haven't even revealed any screenshots yet nevermind in-game footage, but they have released a few details. It will be called Sega World Drivers Championship and is based on what is apparently the most popular form of motor racing in Japan - the Super GT touring car series. They have already visited this series before with the appropriately-named Sega Super GT (a.k.a. Scud Race), so I guess you could consider SWDC a 'spiritual' sequel to their famously-unconverted mid-90's racer, and like that game it carries an official license which means it will feature all the teams and cars from the real Super GT series including the mental Toyotas, Hondas, Lexuses, Subarus, and Nissans you may (but probably have not) seen on TV hacking around various circuits.

It looks like the cars will be split into two classes (GT300 & GT500) and will compete over three courses - a pretty disappointing number these days I guess, even for an arcade game, but they look pretty stonking thanks to the Unreal Engine 4 that powers the game, and with the cars on offer and the multi-player battles that are possible (up to 10 players, apparently), I'm confident that SWDC will kick many arses with its awesomeness. Besides, if (or when, surely?) it receives a home port or two, I'm sure a ton of other courses will be conjured up and bundled with it.

Actually, that's probably asking too much in our current gaming climate as any new courses will probably cost extra as DLC, but hey - you never know! I suppose the thing Western gamers should be most concerned about is whether the game even makes it beyond the borders of its homeland. The game is looking good though, or at least appears to have great potential, so let's keep our fingers crossed. 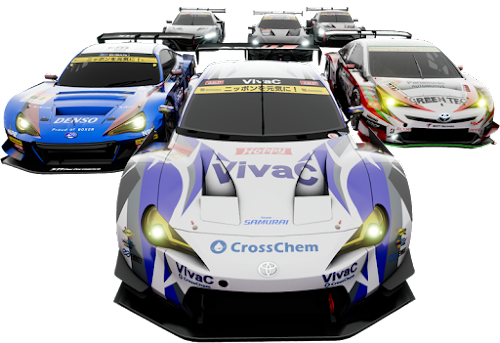