I recently read a news report on a subject that I've long found slightly irksome - extrasolar planets. They, for non-astronomers, are planets in orbit around stars that are not our Sun. They are difficult to spot - considering their distance it's hardly surprising - and it's only been with the help of recent innovations in the field that astronomers have been reliably able to detect them amidst the glare of their parent star. As the news article in question mentions, this is done by looking out for the tiny and very brief drop in luminescence in the star as the planet passes between it and us. 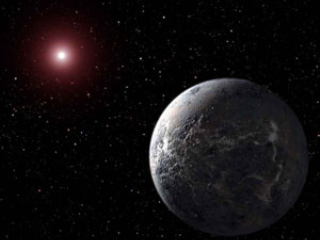 The existence of quite a large number of these planets has now been confirmed. Amazingly, from such a huge distance it's possible to determine what kind of planet they are and even their temperature. Many of those found so far are gas giants but this latest discovery is not. Not only is it a terrestrial planet (i.e. one with a solid surface) but it's also one that's supposedly in the so-called 'habitable zone' around its host star. By this the genius astrophysicists mean that its distance from its star and therefore its mean surface temperature is comparable to that of Earth. This had led to many excited claims of 'a second Earth' or a 'twin' of our planet which has in turn prompted some more imaginative individuals to speculate that it might even host complex life-forms not unlike those found here on our own planet, and it's from here that my problem arises. 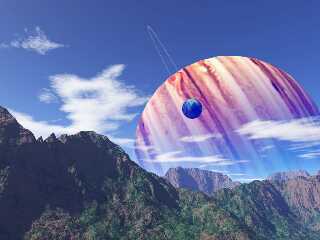 I can understand that we only have one example of a planet with life from which to take reference, so our search should probably begin there, but our kind of life might comprise only a very small proportion of all life in the universe for all we know. We could even be unique. Does it make sense to immediately dismiss a planet because it doesn't have an oxygen/nitrogen atmosphere, or because it doesn't have an abundant water source, or because it doesn't have a thick atmosphere to protect the surface from radiation? These things might be poisonous to some life-forms as many gases and liquids are to us and the same goes for temperatures. There are even examples here on Earth of life-forms who do not necessarily need the things we assume aliens will. Creatures that spend their whole lives in deep caves devoid of any light, for example, or life-forms that thrive on our ocean floors beneath crushing water pressures, living in the intense heat from volcanic vents. There are even creatures that can survive exposure to intense nuclear radiation. Surely this provides a hint of just how adaptable life can be?

I suppose one possible downside of looking for life in seemingly unlikely places is that we simply won't know what we're looking for. There could be complex being living in the clouds of Jupiter for all we know - how could we tell? I suppose I've answered my own question really but I still find it very frustrating that we only seem to have any interest in planets or moons which share some qualities with our own planet. Are the boffins being narrow-minded or have I just been watching too much Star Trek?
Posted by RetroKingSimon at 14:45