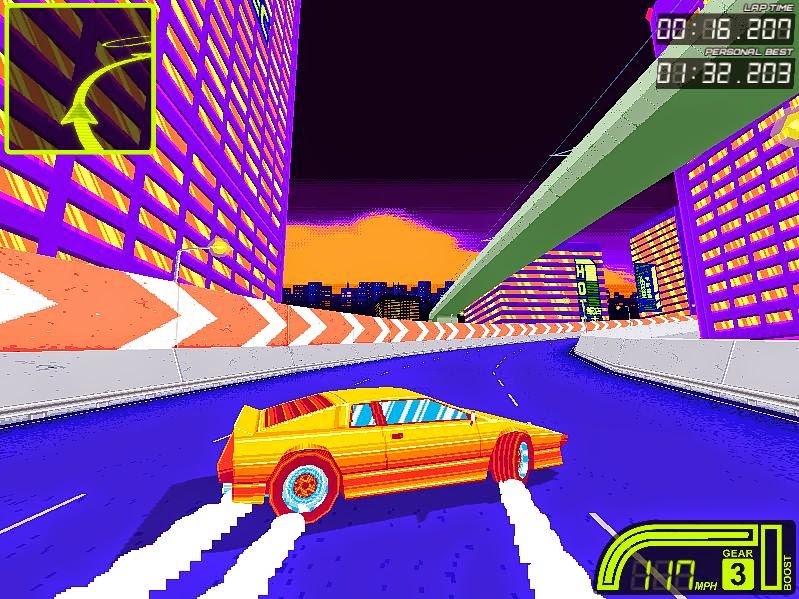 A lot of indie games seem to catch my eye these days. So much so, in fact, that I have decided to start posting previews of the ones I'm most looking forward to here. It'll probably take me lord knows how long to get around to actually reviewing them after all! The latest example is this forthcoming release from Super Systems Softworks. It's a Kickstarter funded arcade-style racing game which, as you may have already guessed, is based on that crazy drift racing tomfoolery our Japanese friends are so keen on. For the moment there's just an alpha demo to download which offers a one-player time-trial burn around a city circuit (complete with ghost cars) but the finished game promises much more including Arcade, Career, Multiplayer, and Workshop modes while the Arcade mode has Single Race, Time Trial, Infinite Drift, and Daily Drift options as well. 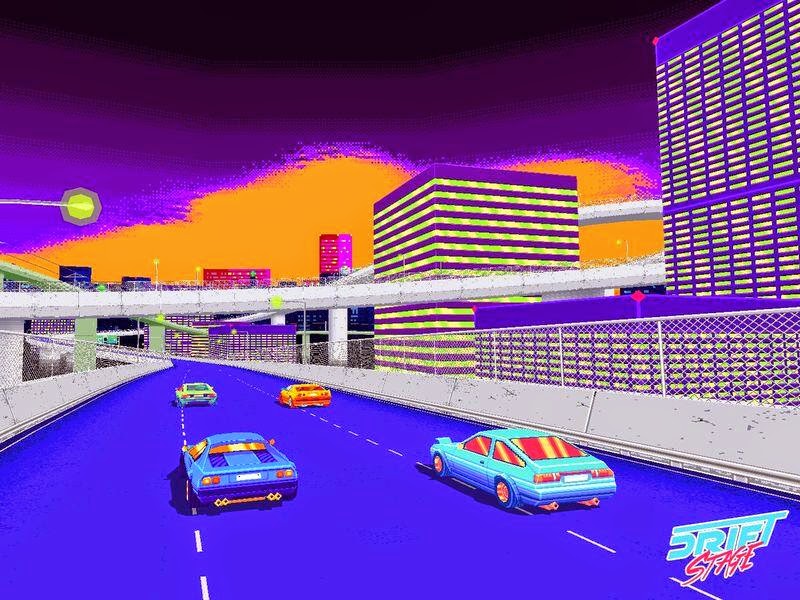 There will also be a 'roster' of cars available - not officially licensed of course but based on real models from the 80's and 90's (including some favoured by drifters) and numerous circuits ranging from the city streets in the demo to coastal beaches and lots in between. My first impression of the game as it currently stands, though, is good. The graphical style is interesting, having a slightly cartoony, almost cel-shaded quality to it and the upbeat soundtrack suits the game well. The handling of the car is reminiscent of Ridge Racer, on which the game is at least partially based I suspect, including the banging off the side of the track, but the actual drifting is more like that of Out Run 2 rather than RR's weird twisty-turny nonsense. I've certainly enjoyed playing it so far though. It's definitely one that rewards practise - my lap times have continued to drop as I've mastered my drifting technique. Just have to wait patiently for the finished product now!

Find out more about Drift Stage and download the playable demo at the offical site found here. In the meantime, check out this sweet trailer for the game and tell me is doesn't look cool :)