Despite my long-standing love of movies, I've never really been the biggest cinema-goer. I probably go less than ten times in a given year and even then it's usually at the behest of my lovely wife, but this year may be a bit different. For a while now I've been noticing more and more potentially-awesome films that are due for release at some point this year and it's gotten to the point where I've found it necessary to document them in case I forget any! Of those I've discovered so far in the 'Ultimate Movie Year', however, I think the five I'm most looking forward to are these: 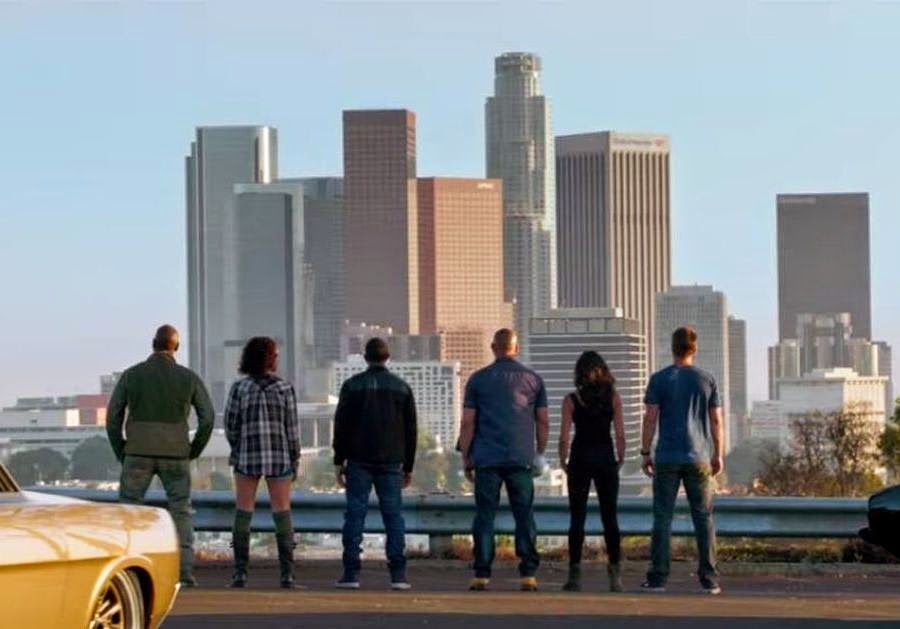 Many mock the Fast and Furious series for its remarkable longevity but they've been making more and more money at the box office and some could argue that they are getting better and better as they go too. This seventh instalment was announced long ago – to such an extent, in fact, that a teaser was found in the closing credits of the sixth film! As brief as it was, it made it clear what direction the film would take. It's set mostly in Tokyo around the time of poor old Han's explodey death in what we now know was not an accident. Rather than just a random collision while racing recklessly away from DK, it seems the whole thing was orchestrated by Ian Shaw (Jason Statham), brother of the sixth film's protagonist, Owen, who's gunning for revenge on the whole team. Dom and the guys (including Paul Walker in his last film appearance) don't take anyone's shit lying down though, so I'm sure they'll be ready, and from what I can gather they may have the help of Tokyo Drift's Sean Boswell too. I'm sure I'd enjoy this anyway considering how consistently-entertaining the series is but I especially can't wait to see the team locking horns with Jason Statham! (see the trailer here) 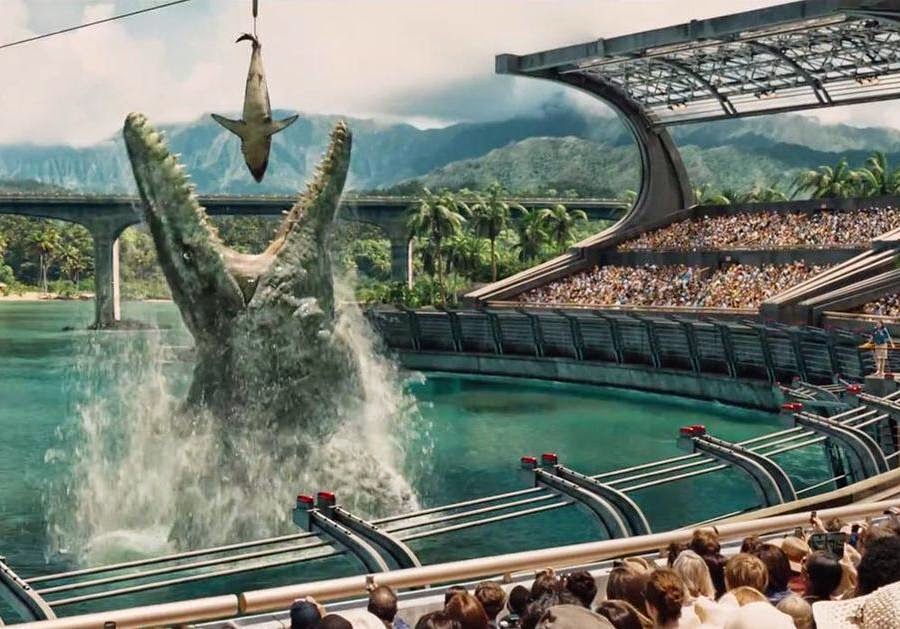 It’s been rumoured and planned for a long time now and finally Jurassic Park 4 is here. Sadly, everyone’s favourite grumpy genius, Dr. Ian Malcom, is apparently not included but it looks rather decent from the trailer anyway. In the years we've been away, it seems that John Hammond's grand dream has finally been realised in not just a Jurassic Park but... Jurassic World. Business appears to be booming too, as you would expect, but, being a large corporation, the park's owners are not satisfied. So what do they do? Why, they decide to create a genetically modified hybrid dinosaur of unimaginable terror, obviously! I'm sure you don't need to watch the trailer to predict that the rampaging whirlwind of toothy destruction doesn't exactly sit around posing for photos either. Cue, therefore, ninety minutes or so of running, crying, screaming, and being eaten. Indeed, it doesn't look like being a tremendous deviation from the established format, and the cast is all new as far as I can tell, but I've enjoyed the previous three films a lot and I'm very confident this will rock on the big screen. Bring it! (see the trailer here) 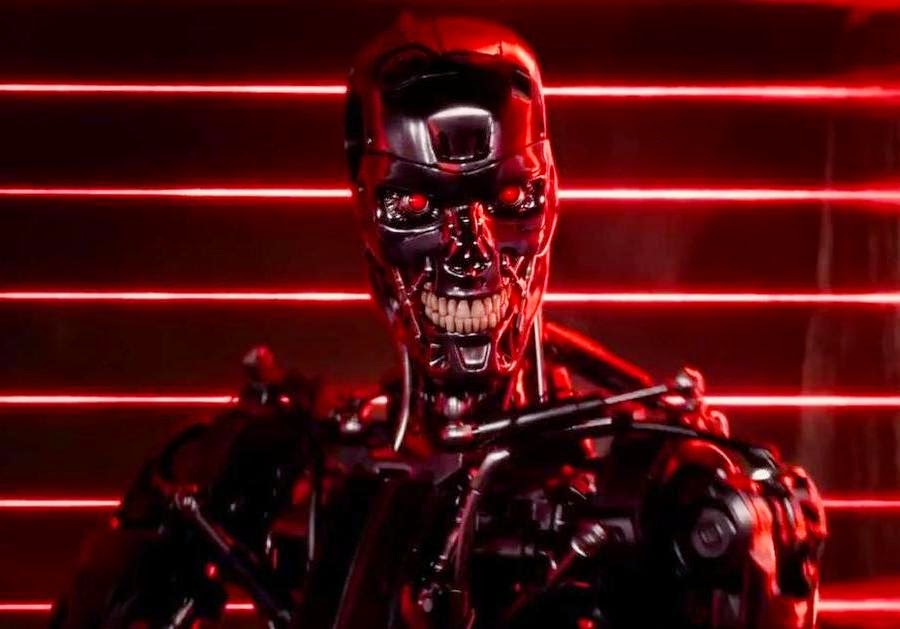 As I've discovered in recent years, the Terminator series has a large and picky group of fanboys, many of whom hurl much vitriol in the direction of anyone who reminds them that any films in series exist other than the first two, but the response to this upcoming effort seems to have been fairly positive by all accounts. To start with it almost seems to be a 'reimagining' of the first Terminator, but it soon transpires that the original past has been changed. Sarah Connor (Emilia Clarke) already has a 'friendly' T-800 Terminator (Arnie) in tow and it's they who rescue Kyle Reese (Jai Courtney) rather than him saving her. Splendidly, the main antagonists this time are another T-800 and a T-1000 (I'm really glad they did that instead of inventing another magical new type of Terminator just to be flashy) which pretty much makes this seem like a cross between the first two films, thematically. It's supposedly the first of a new trilogy too, so I guess we shouldn't expect a complete resolution of Skynet's arsing around at its end. I'm sure at least some fanboys will something to complain about here but Genisys looks like a pretty stonking entry in the series from where I'm sitting. (see the trailer here) 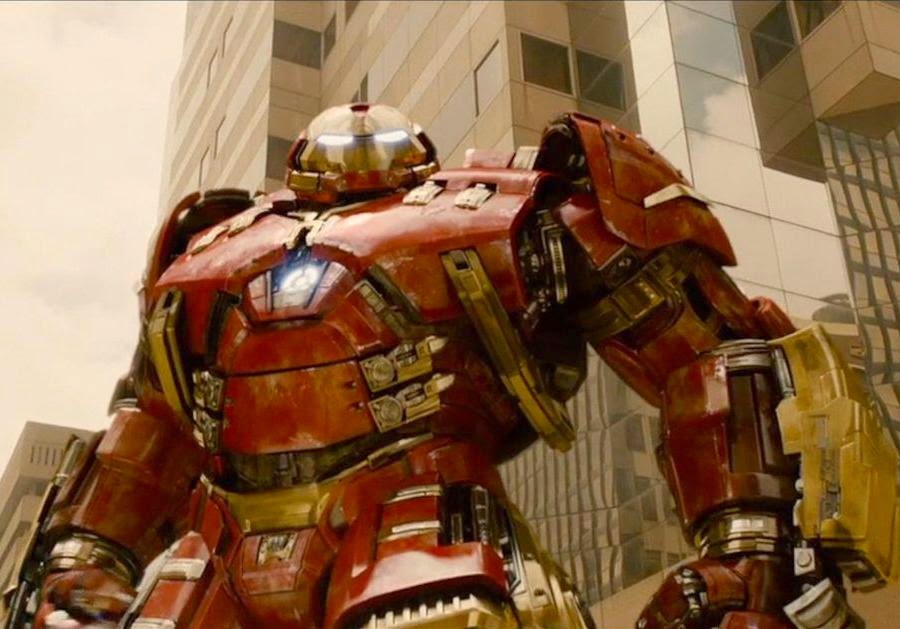 I've seen the first Avengers film at least five or six times now and I'm pretty sure it's not only the best superhero film but even the finest action film I've ever seen too, so, after managing to live up to incredibly high expectations, this sequel has even loftier standards to live up to. I think most people who've seen the trailer agree, however, that it looks like reaching them. Of course, the story centres on Ultron, an artificial intelligence which is supposed to help keep the peace but who quickly decides the enemy is actually us idiotic humans. The obvious solution to this problem, then, is to wipe our smug faces from the planet. Naturally, the Avengers quickly regroup in an attempt to prevent this and, if what I've seen so far is anything to go by, soon get their arses handed to them by Ultron who seems not dissimilar to a larger, stronger, and far more malevolent version of Ironman/Tony Stark. So, an evil genius, billionaire, playboy, and philanthropist then... great! Win, lose, or draw though, I have no doubt whatsoever that we're all in for an incredibly entertaining film of immense scale and destruction. (see the trailer here) 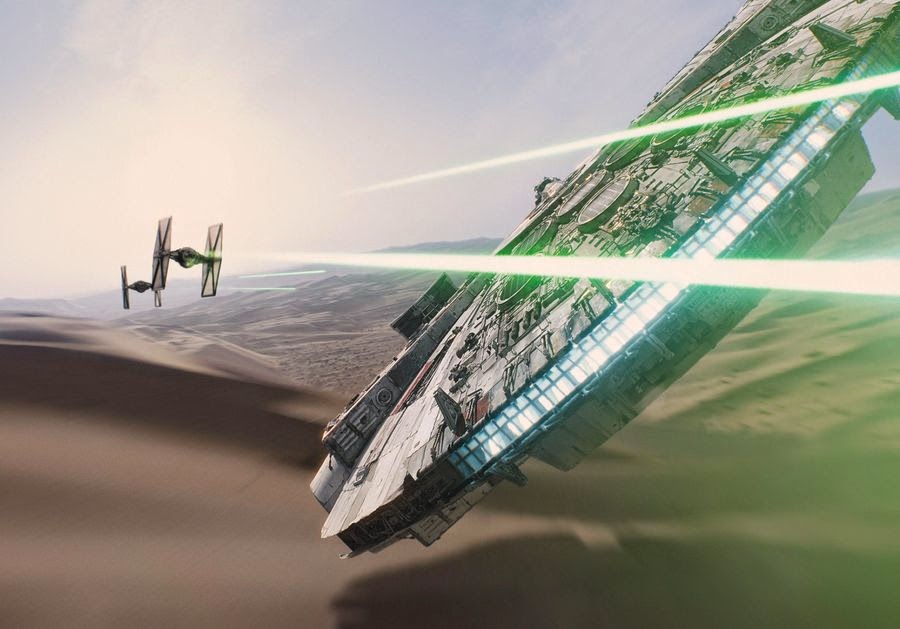 There has possibly never been any film series as divisive as the Star Wars prequel trilogy. Despite my love of the original films, I never quite 'felt' the new ones, so I'm a little confused as to why I'm now looking forward to this new one so much. Perhaps it's Lucas's reduced involvement. Perhaps it's because it's a sequel and therefore okay if it looks more futuristic. Perhaps it's just the lure of once again seeing some of the characters and space-ships I grew up loving, watching repeatedly. Despite saving the very Star Trek franchise in many people's eyes, J. J. Abrams has incurred the wrath of many Trek fans for his brash, action-oriented approach to Roddenberry's series. I get the feeling that Star Wars fans will be more welcoming of his style but the high quality of the production values is pretty much a given. I think what will make or break this film is the the story, written by Michael Arndt and tweaked by Lawrence Kasdan as well as Abrams himself. We just have a teaser trailer so far but it's looking good if you ask me. Either way, which geek of my (rough) age didn't get goosebumps seeing the Millennium Falcon swooping around once again? This could be a dream come true for some of us... (see the trailer here)

And there's more! I'm also looking forward to these films in the Ultimate Movie Year: the new Tarantino film, Hateful Eight, the Mad Max reboot called Fury Road, The final part of the Hunger Games series, Mockingjay Part 2, the sequel to Divergent known as Insurgent, the latest Marvel film, Ant-Man, a new sci-fi film called Jupiter Ascending, an intriguing film from Ron Howard called In the Heart of the Sea, the Cruiser's latest Mission Impossible (which is #5, incidentally), a ridiculous (in a good way - hopefully) Will Ferrell vehicle called Get Hard, a time-travel sci-fi thriller called Project Almanac, The Rock's latest film, the immense-looking San Andreas, and of course the possibly-awesome Peanuts reboot!