You know, if you stop to think about it, there really aren't as many alien invasion films around as you might think. There are probably many reasons for this - the need for a sizeable budget, for example, but just as important for me are the need for a tense build-up before the inevitable invasion, and human characters that you actually like and can engage with. I imagine it's difficult to strike the right balance but one film that seemed to do just that was Independence Day.

Sure, it wasn't terribly realistic and many outside its home country disliked all its jingoistic flag-waving 'America saves the day' cheesiness, but what's wrong with that? It's an American film for goodness sake! Its teaser trailers did their job superbly leading up to its release and when the time came to actually watch it, we found likeable stars, some appealing support characters, and of course those ground-breaking special effects, and the result was... aweeesoommmeee!

Well, not everyone thought so I guess - there are always a few spoilsport buffoons who moaned about the story and the plot-holes and the blah blah blah, but for most of us it was a dazzling visual spectacle and enormous fun with plenty of memorable scenes and set-pieces. Here are the five that stand out the most to me: 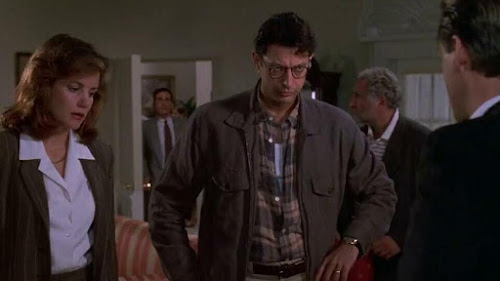 Obviously we are expecting the aliens to be evil malevolent exterminators, you know they're going to attack and bring mankind to its knees - the producers of the film did absolutely nothing to hide this, but this scene was the moment in the film when most of the characters found out too! David (Goldblum) had already worked this out but he had to use his ex-wife's influence to interrupt a presidential conference before he could make the leader of the free world aware, and the rest of the US by extension.

Following an amusing conversation between David, his ex-wife, and his father about how the former once punched the President (but he wasn't the President then so it was okay) while they're waiting for him:

President (entering the room, seeing David): "I don't have time for this."
Constance: "Two minutes, Tom."
David: "I told you he wouldn't listen."
Constance: "David, you have to tell him... DAVID, TELL HIM!"
David: "Uh, I know why we're having satellite disruption."
President: "Alright, go ahead."
David (drawing a crude diagram to illustrate his point): "Let's say that you want to coordinate with spaceships on different sides of the Earth. You couldn't send a direct signal, right?"
President: "You're talking about line of sight."
David: "Yeah, that's right. Exactly. The curve of the Earth prevents it. You'd need satellites to relay that signal in order to reach each ship. Well, I found a signal hidden inside our own satellite system. They're using our own satellites against us, and the clock is ticking..."

(David turns his laptop around to show a clock counting down ominously...) 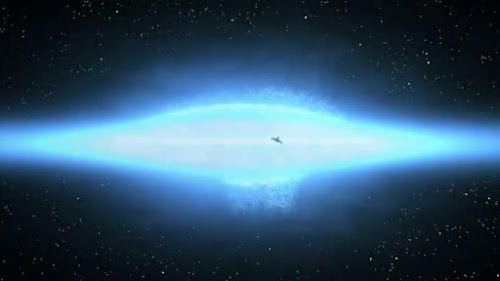 To most viewers, this scene is only possible due to the rather sizeable plot-hole of David's laptop being compatible with the alien mothership (which, let's face it, is pretty stupid) and uploading a virus, but that takes little away from how much of an air-punchingly awesome moment it is. The idea was simple: dock with the mothership using the alien fighter held at Area 51 for the last 50-odd years; deliver the virus to disrupt the signal linking all the alien city ships; then deliver the 'package' - namely, a nuclear bomb - leaving them 30 seconds to 'get the hell out of there'.

Naturally it doesn't all go to plan, with the duo trapped by a mechanism holding their ship in place, and after lighting their 'victory dance' cigars they reveal themselves to the alien receptionist looking after their ship... in a typically badass Will Smith kind of way, obviously! This involves boisterous waving and shouting followed by 'V' sign and a no-doubt-heartfelt "PEACE!" as they cut their losses and deploy their nuclear payload anyway. Of course, the impact of this jolts their ship free leaving them just under 30 seconds to get out, alien fighters in pursuit, which gives us the bonus of a front row seat as the enormous alien mothership erupts in blinding light.

They might not have come in peace but they'll be leaving in pieces - tee hee! 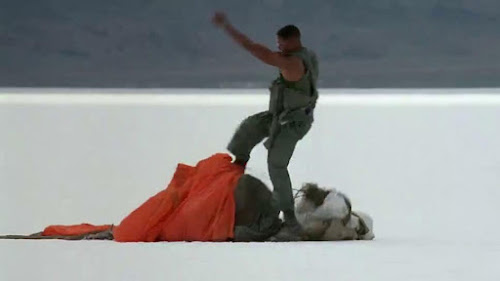 Yep, we're with that motormouth Will Smith again, much earlier in the film this time, who, as USMC pilot (and aspiring astronaut) Captain Steve Hiller, finds himself the sole survivor after an ill-advised counter-attack against one of the terrifying alien city-ships. His remarkable piloting skills see him zipping in and out of various canyons with an alien fighter in hot pursuit. In sacrificing his plane he also manages to bring down the pesky alien tailing him and he's understandably anything but welcoming, greeting the scrabbling xenomorph with an abrupt punch to the head.

Apparently deeming the heinous invader a potentially valuable prisoner (or research subject) he then drags it across the blazing hot desert in his parachute, but he was clearly wasn't very happy about it as his ranting in this scene shows!

Captain Steven Hiller: (talking to the unconscious alien he's dragging) "Y'know, this was supposed to be my weekend off, but noooo. You got me out here draggin' your heavy ass through the burnin' desert with your dreadlocks stickin' out the back of my parachute. You gotta come down here with an attitude, actin' all big and bad... AND WHAT THE HELL IS THAT SMELL?! (kicking the alien, yelling) I COULD'VE BEEN AT A BARBECUE!" 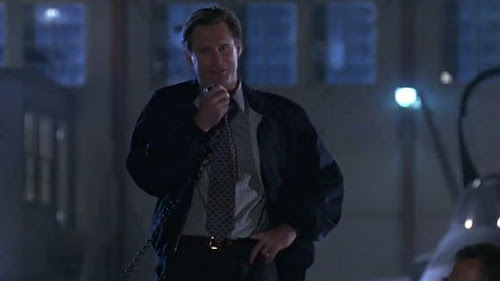 It has been referenced dozens of times since the film's release, both affectionately as well as some less complimentary mocking, but within the context of the film I don't think many would question that President Whitmore did a superb job with his rousing, motivational speech. Thanks partly to Bill Pullman's excellent delivery, the other characters in the film and all of us watching them were united and suitably inspired to "whoop ET's ass" into the middle of next week and beyond.

President Thomas Whitmore: "Good morning. In less than an hour, aircraft from here will join others from around the world. And you will be launching the largest aerial battle in the history of mankind. "Mankind." That word should have new meaning for all of us today. We can't be consumed by our petty differences anymore. We will be united in our common interests. Perhaps it's fate that today is the Fourth of July, and you will once again be fighting for our freedom… Not from tyranny, oppression, or persecution... but from annihilation. We are fighting for our right to live. To exist. And should we win the day, the Fourth of July will no longer be known as an American holiday, but as the day the world declared in one voice: We will not go quietly into the night! We will not vanish without a fight! We're going to live on! We're going to survive! Today we celebrate our Independence Day!" 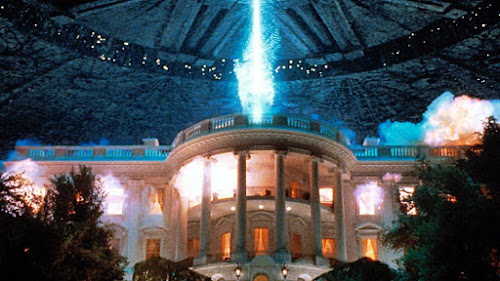 Yep, pretty obvious really. It's the sequence that sold the movie, and with very good reason. Even today with its special effects looking a little ropey in places, it packs a hell of a punch. We knew it was coming with even more certainty than David Levinson's smartass satellite engineer, but as he settles into his seat on Air Force One and immediately checks his laptop to see the timer expire, it still didn't prepare us for the astounding, indiscriminate destruction each of the aliens' giant hovering city-ships quickly wreaked, and all with a single shot from their main gun.

Us viewers only got a taste really, as New York, Washington DC, and Los Angeles were obliterated. We must've forget that all the other big cities around the whole world suffered a similar fate, but even 'just' seeing those three cities laid to waste, we're left with a feelings of fear and hopelessness. How could the stupid gangling freaks possibly be defeated? Well, we had more than an hour of the film left to find that out, but it's hard to get the image of one of Hollywood's most famous special effects 'money shots' out of our minds the entire time.

Whether you love it or hate it, I don't think anyone can deny how much impact Independence Day had and how influential it was. You could even say it changed the way blockbusters were made, and it was mainly thanks to this stunning, hard-hitting sequence...