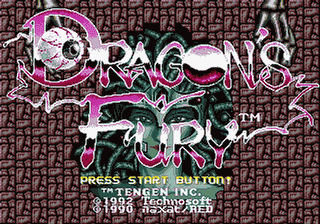 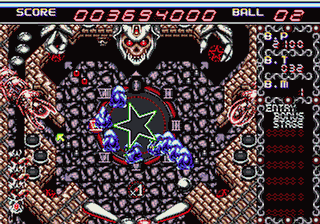 As far as I can determine, all the bonuses and scoring techniques also remain unchanged, too. The graphics are slightly different, though. While good in both versions, this version appears less colourful and slightly fuzzier and less defined than the Engine version, and the surface of the table is much brighter here, which makes the colours at least appear to be less contrasted. I actually prefer the graphics of the Engine version by quite some margin but that’s just me. Check out the shots in both reviews and make up you own mind as to which version you think looks better. The music has changed very little during the conversion process, though the sound effects are slightly different (and better) here. Since they are one of this game's strongest points on the Engine they certainly increase the enjoyment of playing this version, as I'm sure you can imagine. 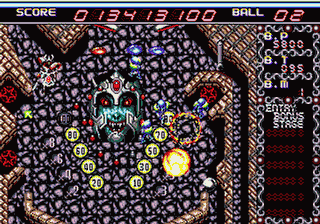 One significant difference between the two versions is the bonus tables. There are still six of them here but only two of the ones from the Engine version have survived the transition; the other four are all new. I’m not sure that they’re better but they are probably easier (except for number six which is well ‘ard). Also, this version has an ending! If you can defeat all six bonus tables, you'll progress to a final table featuring 'King Dragon' (or King Demon, depending on which territory you're in). Defeat him and you've completed the game! If you're like me though, you'll purposely avoid reaching him in order to achieve the highest score possible. 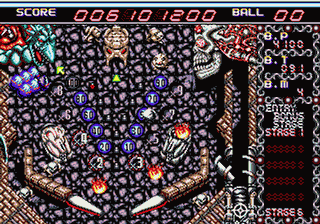 Which reminds me of perhaps the biggest difference between the Engine and MegaDrive versions of this great game - the difficulty. This was the version I first played, and it's the version I've spent by far the most time playing, and I'd like to think I've become pretty good at it, achieving scores in the nine-figure region fairly easily. This, however, proves a lot more difficult when playing the Engine version. For example, the top section of the table is where high scores can be quickly amassed, and it's A LOT easier to get there, AND stay there for prolonged periods on this MD version. It's not that the tables on the respective versions have been designed differently though, nor that this game has been badly converted by TechnoSoft. The ball physics is outstanding on both versions, but, as mentioned briefly earlier, they are slightly different here, which results in a couple of tricks I learnt when playing this version, didn't work when I started playing the Engine game. 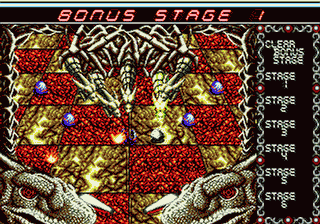 So there you have it. Both versions are essentially the same. The Engine version is more challenging and looks prettier (in my opinion), this MegaDrive version is easier and louder. Both are amazingly playable, both are as addictive as hell, but this version is the one where I cut my teeth, so to speak, so I'll always love playing it.