Oh hey, how's it going? Yes, amazingly we are back again! Not only that but it only took us three months this time (as opposed to a year with the last round), although it looks as though we've lost Dave (Grumpy McUnt) in that time who, despite keenly nominating a film for this round, completely failed to even watch any of them never mind write any reviews! Never mind good sir, we understand. Even Chip, the de facto leader of Flicky Flicks didn't manage to get half of his reviews written either.

Nevertheless, puffing along like an asthmatic bulldog though we may be, we have now (for the most part) finished the latest round which was, as chosen by Pinbot who was once again victorious, based on the films of Sigourney Weaver. These covered a wide range of genres as well as decades and were also of varying quality, but here are the films we plumped for. As always, the winner will be ceremoniously revealed (by way of tootles) at the end of the exhaustive post! 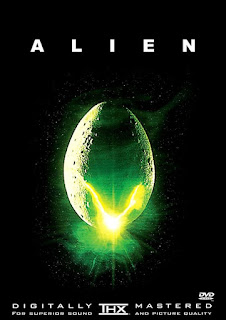 Nominated By: Neptune King of the Sea Running Time: 117 Minutes

When the crew of the cargo ship Nostromo are woken from stasis by 'Mother', their huge ship's computer, they are forced to investigate the planet the caught its attention. It appears rocky and barren but is transmitting a signal. The subsequent investigation ends when a crab-like creatures attaches itself to a crew member and, unknown to the crew, implants a larval alien creature which is soon hunting the rest of the crew as it grows ever larger and more lethal...

How Much? Turning Racing Games Into Reality

Well, kind of. Racing games have pretty much always been among the most popular of all games, and examples over the years have featured vehicles of all sorts of different shapes and types. Many of the most iconic of these are of course mental track cars like the F1 and LMP types (Continental Circus, WEC Le Mans, Winning Run, etc) which few of us will even have the chance to get run over by never mind drive for ourselves. Many others are not even real (Road Blasters, Daytona USA, Ridge Racer, Burnout, etc) so it doesn't matter how much we might want them.

Some, though, are real, so if you really wanted to, the potential is there to live out your fantasies and recreate your favourite game in real life! In a more realistic and responsible manner, naturally, but still, it's not beyond reason that some of us could be able to drive or even own one of our favourite cars from our favourite game of yesteryear. I decided, therefore, to see just how realistic this might be by looking at a handful of examples along with the price potential buyers might expect to pay.


Ferrari F40
As seen in... Turbo OutRun & Crazy Cars III (amongst others)

A jaw-dropping revelation when it first appeared and still widely regarded as one of the best supercars ever made, Ferrari's celebration of itself (it was designed to celebrate their 40th anniversary) was immediately iconic. It was therefore not an enormous surprise to see it represented in the world of gaming soon after its real unveiling. The first game I remember seeing it in was Sega's splendid Turbo OutRun but it was also featured prominently in Titus's home computer release, Crazy Cars 2, although in this case most gamers quickly realised its inclusion was the only good thing about the frankly rather awful game. 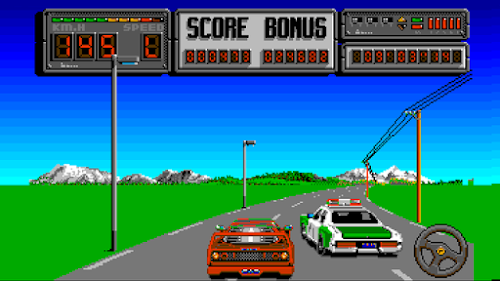 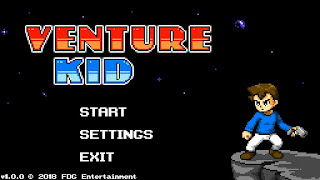 Read more »
Posted by RetroKingSimon at 16:54 No comments: