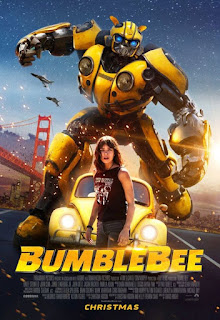 Tagline: "Every adventure has a beginning"

Like many 80's kids, I was very excited when I heard Michael Bay was making a Transformers film back in the mid-2000's. As it turned out, also like many 80's kids, I was distinctly underwhelmed and didn't even bother watching its sequels after hearing virtually unanimous vitriol directed towards them. However, announced around the time the fifth film in the series was in the cinema was Bumblebee which was, surprisingly, being touted as a reboot. Whatever they decided to call it though, I wasn't really interested in watching it back then. After all, Transformers films suck - that was, by this point, the rule. But then, reports began to surface that it was, in fact, not crap. Could it be true? Well, Michael Bay didn't direct it so there was at least a chance. Could there really be a Transformers film that doesn't suck ass?

Read more »
Posted by RetroKingSimon at 15:55 No comments:

For many, the Streets of Rage name is synonymous with the very finest of scrolling fighting games, even eclipsing Final Fight, the game it was originally created to rival. One of the many great things about the series is its playable characters of whom there are six across the three official games in the series. That admittedly makes this Top Five somewhat pointless as only one of the characters will miss out, but as always it's just a bit of fun. The big question is, who's the loser? 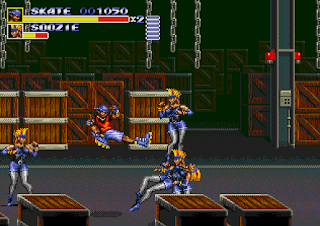 This little pipsqueak debuted in the second game and is apparently kid brother to Adam from the original. Given his size and age, he would've been fast anyway, but he also has a pair of roller-blades so he is, by some margin, the fastest character in the game. The trade-off is power of course, but despite his speed making him effective nonetheless, he is still slightly unsatisfying to use. He has a nice breakdance-inspired special move though.

Sega's first console was only released in Japan and soon faced strong competition in the form of the NES as well as several home micros. It received a reasonable number of releases though, and I will be featuring all of them in this listing. This is the first of four parts and features all games beginning with letters A through C:

I remember this one better as a Master System release but the arcade original was also apparently converted to the SG too, and it works pretty well. The Wild West theme is well used, placing you in the shoes of a sheriff attempting to thwart bank robbers. Not a bad game but a little repetitive. (mini review here) 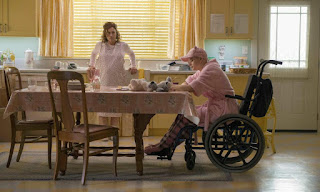 As I'm sure many would agree, the films/shows based on true events are quite often among the most compelling, and the latest one to come to prominence is The Act, a Hulu original consisting of eight episodes. It concerns the case of Gypsy Rose Blanchard, a teenage girl raised by her mother Dee Dee to believe she was wheelchair-bound and suffering from all manner of debilitating illnesses and syndromes. As this show explores, however, she gradually discovers that her overbearing mother may not have been entirely truthful about her many conditions. This inevitably leads to considerable tension between them as well as suspicion from their few neighbours in the secluded suburb they live in.

Read more »
Posted by RetroKingSimon at 23:26 No comments: 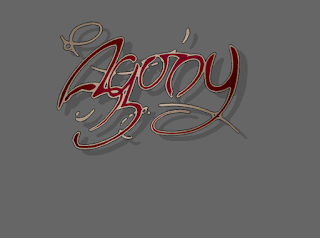 Shmups have come in all manner of shapes and sizes over the long years of their existence, which is as many years as videogames have been around themselves, in fact. Most of them put you in command of an aircraft or spaceship, some cast you as a lone wizard or warrior of some sort, taking on the evildoers on foot, but there have been very few animal-based shooters. The Amiga is home to two notable examples however, both of which were released in the same year. Almost certainly the most memorable of the two, all things considered, was Agony. Even on a system not particularly associated with arcade-style shooters, it earned attention from all quarters, at least here in the UK during what was probably the genre's heyday. Most marvelled at the impressive artwork, both promotional and in-game, but how does it stand up today?

Read more »
Posted by RetroKingSimon at 15:25 No comments: 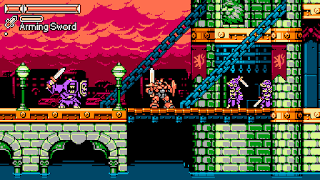 Tribute Games have been one of my favourite indie developers since they first arrived about 8 years ago so I'm always looking forward to new releases by them. Their latest is the intriguingly-named Panzer Paladin which is, to quote Tribute themselves, "an engaging action-platformer with fun and intuitive swordplay". There isn't any actual gameplay footage yet but, judging by the screenshots, it looks like it could have a bit of a Castlevania feel to it. It also looks pretty awesome, with Tribute's trademark lovely pixel art visual style very evident once again, even at this early stage. The game will undoubtedly have a bit of an adventurey tang to it as well. It's at least a year away yet but it seems like Tribute could have another corker on their hands here. More to follow...

No trailer or game footage yet but keep track of developments at the official site here.


Posted by RetroKingSimon at 20:11 No comments: 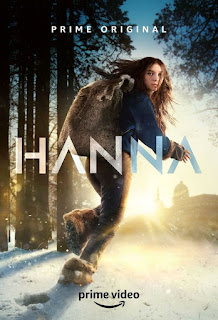 There haven't been a huge number of films in the last 10-or-so years that I've loved enough to add to my long list of all-time favourites, but one that I did enjoy immensely and have rewatched many times since is Hanna. For those who don't know it (why not?), it's a high-octane chase thriller centred around the unique and highly-skilled 15 year girl of the title. It features a superb central performance from Saoirse Ronan, strong support from the rest of the fine cast including Eric Bana and Cate Blanchett, fantastic cinematography, and a great soundtrack, all of which results in a tense and captivating thriller. Suffice to say, anyone producing a TV show based on it would have their work cut out for them. Reassuringly, the man behind it is David Farr who also co-wrote the film, so there's some authenticity, but film-to-TV transitions can still be tricky so I was keen to see how he got on.

Read more »
Posted by RetroKingSimon at 16:17 No comments: