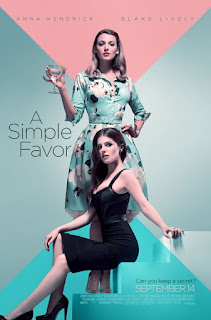 Tagline: "Can you keep a secret?"

I have become very wary of Paul Feig's name over the last few years. This is mainly owing to his apparent partiality to Melissa McCarthy to whom I quickly became allergic upon first seeing one of her films, which was a product of their collaborations. I am, however, the opposite of wary when it comes to the delightful Anna Kendrick, so what do I do when she stars in a Feig film? When first news of A Simple Favor reached me, I'm sorry to say that fear soundly defeated affection, even with McCarthy's name nowhere to be seen, and I duly noted it down on my mental 'films to avoid' list. But then news began to reach me of its alleged splendour. I was also mildly startled to see it appearing on some people's 'Best Films of 2018' lists. With this new and unexpected information at hand, I summoned the will to slap fear around the chops with the back of my hand and set out in pursuit of this possibly-fine-after-all film.

Read more »
Posted by RetroKingSimon at 15:51 No comments:

As I may have mentioned before, I am in the unfortunate position of only having one real life friend who's into videogames, and sadly he doesn't live particularly close to me these days either. Much of our communication, therefore, is by phone or internet. Around last Christmas, he sent a text asking me what the best five games I'd played for the first time in the previous calendar year were. This was, I believe, with a view to exchanging recommendations to be played in the coming year, but after giving it some thought, I realised I had barely even played five games for the first time that year, never mind enough to be able to select the best ones!

This realisation was slightly alarming, worrying even, but at the same time not too surprising. Nonetheless, I immediately decided this year would be different - I would make sure to play many games this time around. These need not be modern games, you understand - anything qualifies as long as I haven't played it at all previously. As part of this regimen, I would make sure to play the five games my good friend Luke had recommended. Here's a look at his choices, none of which I have played, but by the year's end... I will have - I swear it by the old gods and the new. 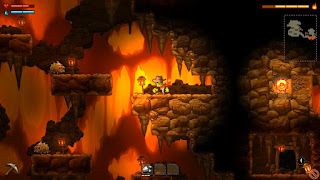 Rather embarrassingly, this is one I have already had in my Good Old Games collection for lord knows how long. I did play and review the game from which it seems to take its inspiration - Spelunker - many moons ago with an OCD-related intention to move onto this fancy reimagining in due course but, well, you know, I kind of forgot about I guess! I don't know why though, it looks like just the sort of game I would enjoy immensely. I can spend hours collecting and exploring in an atmospheric platformy environment and I haven't found a game of that type that has really hooked me in a good while now. Hopefully, thanks to Luke's timely reminder, I will now belatedly have another one to get stuck into.

As the few regular visitors here may well know, I've long had a bit of a thing for the lovely Heather Graham. She's unlikely to win an Oscar for her acting, I guess I can concede that, but she's a decent enough actress and has a natural charm that I find very appealing. Then there's her aesthetic qualities which are, frankly, remarkable. Not only that but she looks pretty much the same today as she did 25 years ago! Not sure what sort of witchcraft she practises to maintain those pleasing attributes but, luckily for us, she seems happy to let us continue appreciating them from afar. Here are some of my favourite outfits of hers from various events: 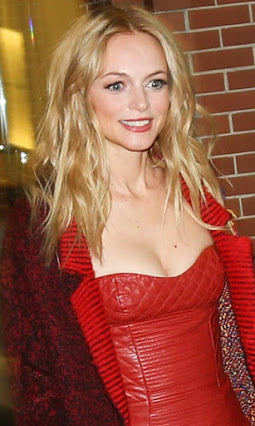 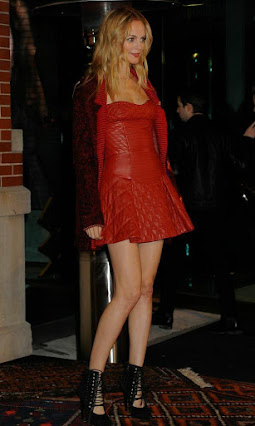 Read more »
Posted by RetroKingSimon at 01:17 No comments: 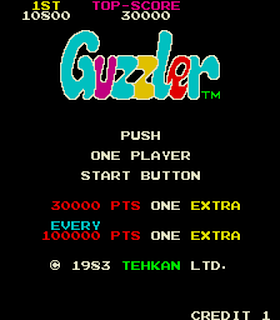 I was actually playing a pretty awful old shmup with a view to entering a score in a retro league when I noticed the name of this game just above it. I hadn't heard of it but I thought I'd give it a quick go anyway. Given its name, I expected it to be a blatant Pac-Man clone or perhaps even some some of binge-eating game, like a food version of Tapper, but it was not. While it is indeed a maze game, it's not like the one starring that flappy-jawed yellow gobbler at all. Each stage is a single screen in size and features mazey-like layouts, but the similarities are not extensive besides that. It even took me a few minutes to work out what was going on when I first tried it. I guess that shouldn't be too surprising!

Read more »
Posted by RetroKingSimon at 22:32 No comments:

Okay, they weren't purchases this time, strictly speaking, for I was fortunate enough to receive two brand new PS4 games for Christmas this year, as bequeathed by my simply delightful family. I guess I was at least moderately good this year (chortle)! 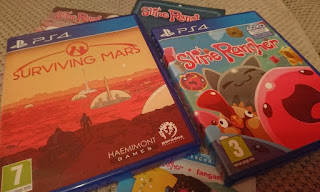 Historically, I've always been a bit turned off by strategy games, I'm ashamed to say. I do like spacey stuff though, so I added this game to my Amazon wishlist a while back in the hopes that it might persuade me to stop being such a lazy oaf and actually put some time/effort into one. I went for this one mainly due to the setting and premise which are certainly appealing - the player is charged with building and maintaining a domed city - or cities - on the slightly inhospitable Red Planet. Shades of The Martian, perhaps? Well, the game is apparently modelled on real martian data so it's certainly possible (eep!). I'll just have to hope it's beginner-friendly too, or I might have a tough time working out how to play it! I'm looking forward to giving it a try anyway. Watch out martians - mankind is here to ruin your planet too!

Read more »
Posted by RetroKingSimon at 00:42 No comments:

I suppose it's a bit ironic that, out of all these trendy 'mini' consoles that have been doing the rounds recently, the only one I've covered here at Red Parsley prior to its release has been the PS1 Classic... which has gone on to be the only one to receive almost universally bad reviews from critics and owners. It's a shame really, as it does look like a nice piece of kit. The mini consoles to have earned the most attention and many positive reviews, however, have been the Nintendo ones. 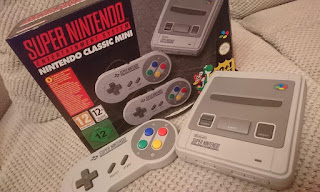 While admiring both from afar, I'm not sure I ever expected to own one of them, especially given the startling prices they had started fetching almost straight after their respective launches thanks to the dastardly scalpers. Happily, things seemed to calm down eventually, but even the fairly-reasonable £70 RRP was a little high for me at the end of a financially challenging year. As it turned out, I needn't have worried, for Santa Claus had a very jolly surprise in store for me (no, not that sort of surprise - groo!). Actually, there's a chance it might've been my wife rather than that porky, mince-pie-eating oaf, but it matters not. What matters is that my Christmas morning was made all the more joyful that it might otherwise have been when I discovered the very SNES Classic Mini pictured here under my tree! 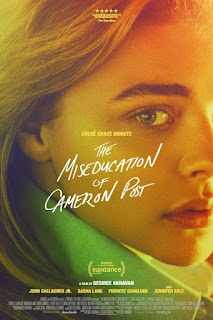 Almost 20 years ago now I accidentally discovered an obscure indie film called But I'm a Cheerleader which starred Natasha Lyonne as a high school girl who was sent to a reparative therapy camp by her friends and family who all thought she was a lesbian, despite the fact that she had never shown any romantic or sexual interest in other girls. It was all very silly campy stuff but pretty funny and heartwarming too, and it's still an occasional guilty pleasure for me nowadays. It is mainly for this reason I took a particular interest in The Miseducation of Cameron Post which, adapted from Emily M. Danforth's 2012 novel, sounded like a more modern, and probably more dramatic take on the same subject - a subject which is even more relevant today than 20 years ago.

Read more »
Posted by RetroKingSimon at 15:36 No comments:

When NEC unveiled their possibly-premature replacement for their super-awesome PC Engine, it had our attention immediately. It tantalised us from afar when we first saw it in gaming magazines of the day. It even intimidated us a little - this mean looking new machine even looked a bit like an actual engine! But something was clearly very wrong almost immediately as only six games were ever released for it before it went belly-up. So, here is a look at the entire PC Engine SuperGrafx software library:

The second of Capcom's two SuperGrafx offerings (chronologically speaking) was this splendid vertical-scroller which was the third game in their 19XX series. The format remained the same of course - shoot down millions of enemy aircraft - but it was superbly done and gave a decent indication of the SG's abilities.

Read more »
Posted by RetroKingSimon at 15:49 No comments:

Well, another year has been and gone remarkably quickly, as they so often seem to these days, and if I have any regular visitors left, I'm sure you/they will have noticed that it has been an annoyingly-unproductive one here at Red Parsley. In fact, it has been the least productive year since I've been blogging. Yes, even counting my very first year waaay back in 2010! Wow, I guess that makes this my tenth year...

The arrival of a new year is a time for reflection though, and I have been giving the continuation of this very page a lot of thought since I last had to buy a calendar. To that end, as I've touched on before here in fact, I very much doubt I'll ever return to the 'glory days' where I averaged almost two posts every three days - it's rare if I even post twice in one week these days - and I have accepted this year that RP will never be what I had originally hoped. I simply don't have the time.