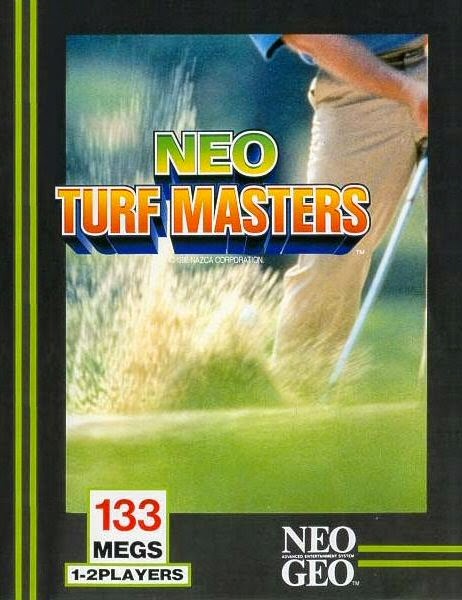 I try to cover a decent range of games and systems here at Red Parsley but I really don't feature enough Neo Geo games - it is after all regarded by many as the ultimate hardcore gamers' machine - so, only a few nights past, I decided it was high time I looked at another of its fine titles. This was not, however, Neo Turf Masters which, as long-time readers may be aware, I've already reviewed!

When gamers visit the Neo Geo it's most often for one of its fine fighting games or shmups, but the game I've spent most time with is this one. I'm probably the only gamer in the world that can say that but I don't care, I have always been very keen on arcadey golf games and, aside from the mighty Everybody's Golf series, this one has long been my favourite.

That makes it easy to get distracted by it when I'm meant to be looking into some new titles to review! It features Match Play and Stroke Play options for one or two players, four decent, similar-looking courses based in USA, Japan, Australia, and Germany to explore, and six golfers to do it with - but this stuff is all par for the course with golf games really (pun definitely intended - chuckle!).

What makes Neo Turf Masters such a spiffy game, though, is not a staggeringly huge number of courses or flashy graphics or anything like that, but just how immediately accessible it is. There's no need to spend half an hour choosing from a million options and going through countless menus - you simply press start and you're off, and even then there are no complicated controls to learn. For the most part the game can be played with just the d-pad and one button, and I think it's great. 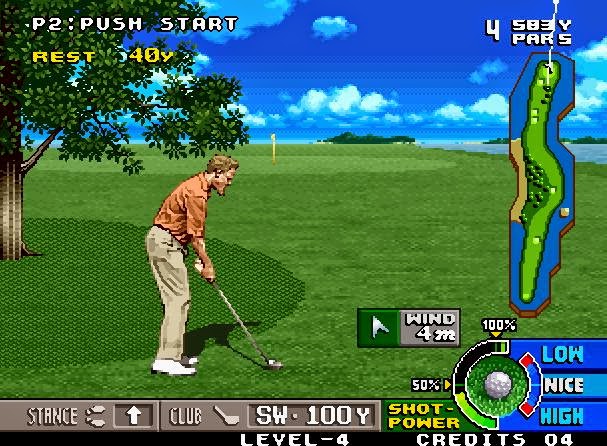 This is precisely how I do keep playing it too. No messing around, just guide the ball through the pleasant courses, trying to break your records or those of your friends. There's no aimless button-mashing involved here, obviously - you still need to be as accurate as possible, but the simple interface is more than adequate to do that with a minimum of fuss. About the only thing you need to spend a little time on is the putting, and even then only sometimes.

It's certainly not an ugly game - everything looks nice enough, and there are plenty of catchy tunes too - but it's this addictive, flowing game style that keeps me coming back time and time again. It has faults too, sure - some might say it's a bit too arcadey - but there are plenty of other games to play if you want to get stuck into a full-blown championship or something. Neo Turf Masters offers little more than a quick fix, but it does it so well and is so enjoyable, I can't really criticise it. I'll get around to reviewing another Neo Geo game soon though, I promise! 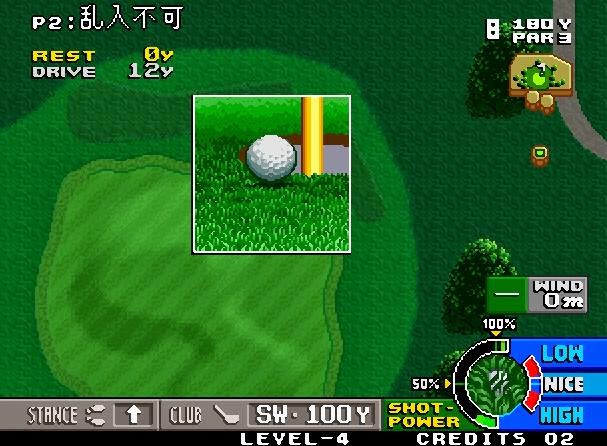