Well, much of today has been spent in the fruitless pursuit of an obscure Japanese game and an emulator to run it on. I'm starting to think it's impossible to find the combination of desired game rom and the relevant emulator, despite the help of couple of good chaps from Retro Gamer forum. Anyone know how to emulate the Sharp X-1, or the NEC PC-98, or goodness know which other previously unknown 25-year old Japanese computers?! Oh well, I'm sure I'll figure something out!

And so, to continue with the fairly unremarkable list of my favourite games, numbers 6 -10... Behold! 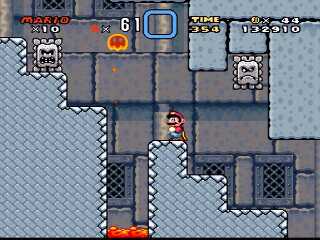 Proclaimed by many to be the greatest platform game of all-time, who am I to argue? After spending all of the preceding generation as a Sega fan-boy, I really didn't want to like this game, but I finally relented and got myself a SNES along with this game, and I was soon converted! Despite looking far less flashy than a certain blue hedgehog's debut on the rival Mega Drive, this game soon proved to me that looks aren't everything! I can still remember the first time I completed it, I was so proud of myself but my parents didn't even care about my achievement! Consisting of a sprawling 96 levels (many of which are secret), I felt justified in being proud of myself too! Despite its size, it never failed to consistently introduce new and creative features either, not least of which was Yoshi, now almost as famous as Mario himself, but the game was just so enjoyable to play through, and has so many nice touches. Has it ever been bettered? Not in my opinion... 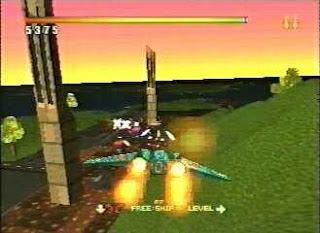 Now here's one that most people haven't even heard of, nevermind played! I bought this from the 3DO clearance bin in my local second-hand games store towards the end of the 3DO's brief life for a mere £5, or something like that. I wasn't sure what to expect when I loaded it, but then came one of just a few genuine 'wow' moments in my gaming life! It was the first free-roaming 3D flying game I had ever played, and it was amazing! Sure, visually it's looking pretty ropey nowadays, as all early polygon games are, but back then it was a revelation! Originally an Acorn Achimedes game, this spruced up version is, at its core, a mission-based 3D combat game, but it's not just an out-and-out blaster, no siree! Strategy plays a big part too, especially during later missions, and there's so much to do. Star Fighter was way ahead of its time; I've still not played anything else quite like this, and I'd dearly love to! If you want to try it out though, just steer clear of the horrifying Saturn and Playstation versions! 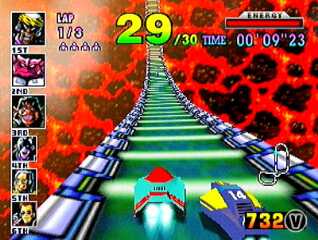 Along with Burnout 2, this is easily my favourite racing game of all-time. Nintendo took the controversial decision of reducing the graphical detail in the game (especially with the backgrounds) in order to keep it running smoothly at 60fps. Was it worth it? You're damn straight it was! This could be the most exciting, edge-of-the-seat, sweaty palms, racing game ever made! Racing at speeds of up to 1500kph over courses that often look more like immense rollercoasters, I'm sure you can imagine why too! There are over 20 varied courses, each race is contested by 30 distinctive racers, and there's even a four-player battle mode, so there's no danger of getting bored anytime soon either. Simply the fastest, most exciting racing action to be found anywhere! 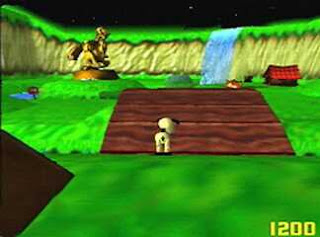 This is another under-appreciated classic which I discovered thanks to the short-lived magazine, Total Control. I can't even find any reference to that magazine with a quick Google search, but I'm glad it did exist or I may never have played this game! It's a 3D platform/puzzle game in which you control the microchip of a malfunctioning robot called Evo, damaged when the ship he was on crashed into the titular space station it was meant to be landing on! Populating this space station are many robotic animals, which you can take over by leaping into them. Each animal has unique (and often very strange) abilities and, using them, you must perform set mission objectives (also often very strange) before you can move onto the next. It's a highly original, creative, and funny game in which you never know what's around the next corner! 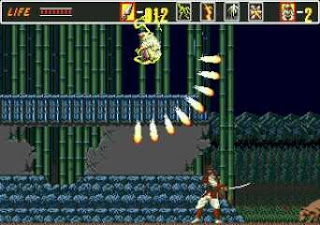 Or Super Shinobi, as it's known in Japan, and this was the version I first played. When visiting my good friend, Stu's, house one day after school I was excited to see that his brother had a gleaming new imported Japanese Mega Drive sitting in his room. It wasn't long before Stu and his brother, Darren, were demonstrating the power of this new console, and this was the game they used to do it. And it worked! The awesome intro sequence, the breathtaking graphics, the now legendary music... I was still used to my Master System and trusty Speccy at this time, so the effect this game had on me was profound, and it still holds a lot of good memories for me. And after all these years, it's clearer than ever that this wasn't all window dressing either, it still plays like a dream. Still the best game in the Shinobi series if you ask me!

Next five to follow tomorrow...
Posted by RetroKingSimon at 16:32