As my last film-related Top Five post probably indicated, I'm quite keen on the Fast and the Furious series. Despite how silly they might be, laughably so at times, I suppose they must still have just the right balance of things I like - appealing characters, explosive action, top soundtracks, and lots of nice stuff to look at. This includes all the crazy customised cars that litter the series, obviously, and I'm sure the ladies can appreciate the various male stars, but for me and other such fans the many and varied girlies are right at the top of that list. Satisfyingly for feminists, no doubt, they're not just there to look pretty either - most of them get just as much to do as the guys - the fact that they look nice while doing it is just a bonus! To that end, here are my favourites from the series (so far):


Introduced in the fourth film as an ex-Mossad agent and then the antagonist's bit of stuff, Gisele soon develops an interest in Dominic. He isn't interested of course, having only just discovered the death of his girlfriend, but it doesn't stop her warning him of imminent danger at the film's climax; a gesture repaid when Dominic saves her life. From thereon in she becomes a member of Dom's team, before long hooking up with the ever-munchy Han, forming a mighty useful team in the process. Happily, she's also featured in all subsequent films too. Hooray! 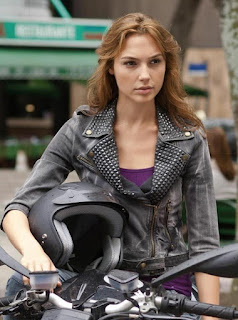 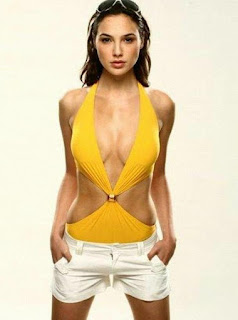 4 - Suki (Devon Aoki)
Sadly, the 'unique' looking Suki appears only in the second film, and even then she doesn't get a great deal of screen-time, but she certainly leaves an impression anyway! Her bright pink Honda S2000 remains one of the most eye-catching cars in the franchise and her crew of girl-power racing pals can keep up with the boys without even breaking a sweat. Despite that, though, her brief appearance in a striking red bikini is the scene I remember most! 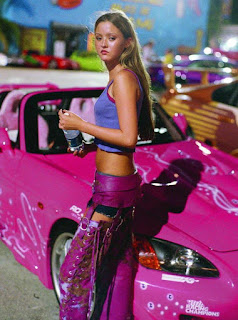 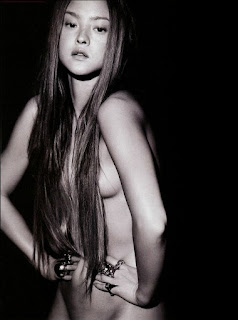 
The third film seems to have been all-but-forgotten by the franchise powers-that-be (with the exception of Han, obviously) but it was my favourite film in the series for a long time. One reason for that is the delightful Neela, the Aussie 'schoolgirl' (she was actually more than 20 when the film was made) who's tied to wannabe Yakuza oaf, DK. It's not long before her charms attract others though, notably DK's rival and fellow 'student', Sean (who was played by Lucas Black, 24 at the time). 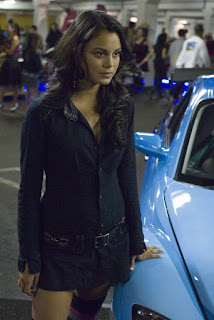 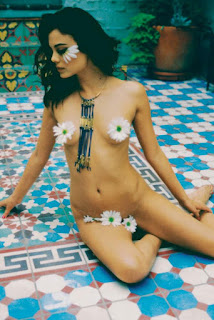 2 - Mia (Jordana Brewster)
Good old Mia, the rather meek (for F&F standards) kid sister of Dominic who is initially used by the then-FBI agent, Brian, in order to infiltrate the street-racing world dominated by Dom. He soon finds himself interested in her for other reasons though, and who can blame him? She's hot, she can drive, and she sends his competition (Vince) packing in a rather cold way, giving him a clear sign that she's... willing. She's probably the main cast member who has the least action-packed role but she sure looks makes the backgrounds of most scenes look nicer. 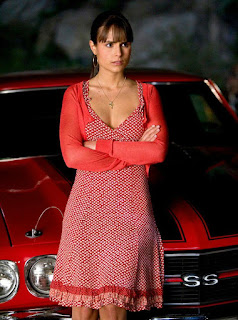 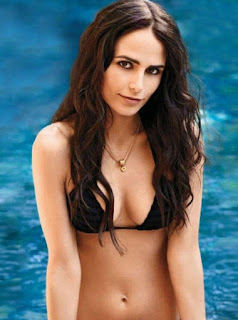 
Ah, the mesmerising Ms. Rodriguez... She's long been not only one of favourite things about the F&F series but my favourite celebrity crush of all! The character of Letty is typical of the roles she usually plays too - tough, hard-talking arse-kicker who takes no shit from anyone. Of the main cast, she's probably had the least screen-time, much to my chagrin - she appeared throughout the first film and the start of the fourth film before sadly being killed off, and until recently that was it... until she magically came back from the dead to make a triumphant return in the recently-released sixth film - hooray! Happily, her arse-kicking and low-cut tank tops returned with equal prevalence too. I'm sure looking forward to the seventh film now... 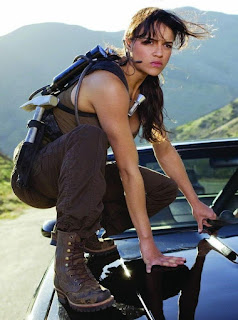 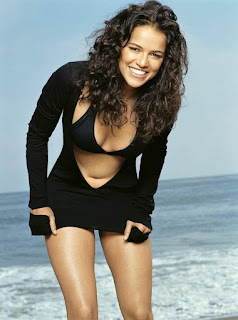