I suppose it's inevitable that companies come and go over time, much like people, cultures, and everything else really I suppose. Even behemoths like Microsoft and (shudder) Apple will be distant memories one day. Most of the time it doesn't really matter too much when a company goes down. I mean, it's sad that people might've lost their jobs and all that stuff, but it rarely makes much actual difference to our everyday lives - there's almost always another waiting to rise in its place after all. 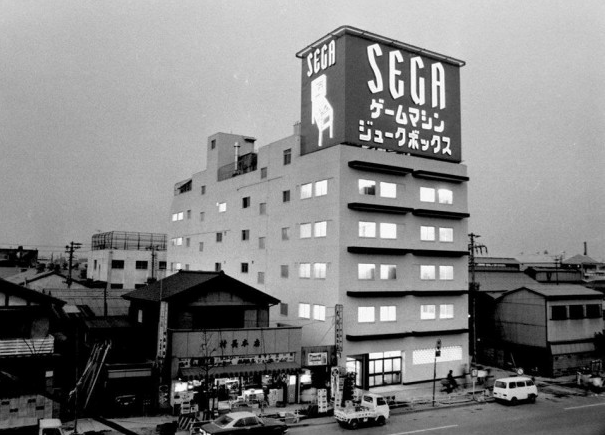 On some odd occasions, however, a loss is more keenly felt. Take, for example, the downfall of arcade and console giant, Sega. They're still in business, I know, but what a shadow of their former selves they now are. Their fall from grace was one felt profoundly by me as well as many other Sega fanboys and it's one that has had a not-insignificant impact on our gaming lives and the industry at large as well. My recent acquisition of an Xbox brought back memories of my happy Dreamcast days, the sadness that followed when news of its apparent failure broke, and my short-lived hope that Microsoft's bulky machine would carry on where Sega's had left off. It was while musing over these events that I decided it might be interesting, for me at least (chuckle), to take a (hopefully fairly brief) look back at Sega's history as well ponder what the future could hold for them.

Something that might surprise you about Sega is that the company wasn't actually founded in Japan. Their roots can be traced back as far as 1940 when they began life as Standard Games, formed by Martin Bromely, Irving Bromberg, and James Humpert in Hawaaii. They weren't based there for long though, having moved across the Pacific to Tokyo in 1951 where their name was changed to Service Games, so called as they catered mainly to American servicemen and women. From here they began to develop and distribute jukeboxes, slot machines, and... even a few games. 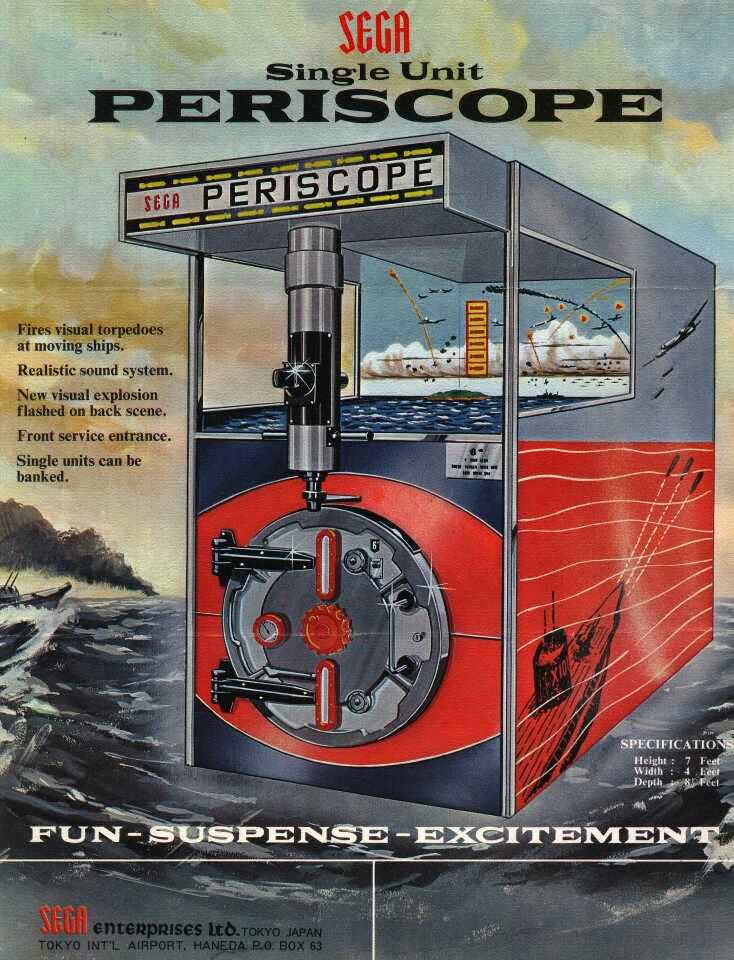 However, by the mid-50's Service Games had a competitor - Rosen Enterprises, formed by another American, David Rosen, who had begun importing and distributing photo booths and coin-operated games to Japan. By 1965 Rosen instigated a merger of the two companies with the resultant conglomerate known as Sega Enterprises (a contraction of SErvice GAmes), with Rosen becoming CEO. Not long after this Sega had their first smash hit game on their hands - Periscope, an electro-mechanical submarine game released in 1968 which tasked players with shooting various ships while looking/aiming through the realistic periscope attached to the front.

Before this success could be enjoyed for too long, however, there was more change on the horizon. In 1969, David Rosen sold Sega to Gulf+Western while staying on as CEO, and in 1976 the company logo/typeface was changed to the one that would adorn all their most popular arcade machines and consoles. Indeed, this was around the time of the first arcade boom and Sega were flourishing. They released more than twenty electro-mechanical games in total and in the mid-70's moved on to the increasingly affordable, fully electronic 'video games'.

Their first of these was unsurprisingly a Pong variant but new titles came thick and fast. Some of the most popular games developed by Sega and/or running on their hardware included Monaco GP, Carnival, Moon Cresta, Frogger, Zaxxon, Turbo, and even the world's first 3D game, SubRoc 3D, which made use of a special eyepiece to provide the player with an amazing three-dimensional image! 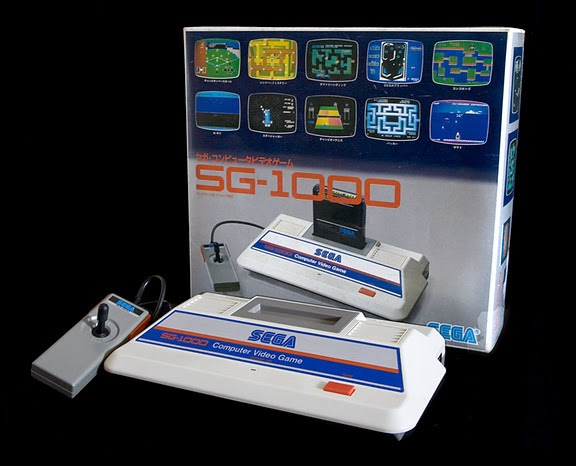 Like many companies in the gaming industry, things were going rather swimmingly for Sega. Until, that is, the legendary 'video game crash' of 1983. Unlike some other game companies of the time, the crash didn't destroy Sega but it certainly caused substantial damage. Eager to revive their profit margins, the decision was taken to enter the home console market. Their début effort was called the SG-1000 and was launched in 1983, on the same day as Nintendo's rival Famicom no less, and was accompanied by a computer equivalent known as the SC-3000. Unfortunately, whilst more advanced than some of the systems that preceded the crash, being more comparable to the MSX that had appeared around the same time, neither of Sega's machines were as powerful as Nintendo's and didn't fare too well. Despite this, their console was soon followed by the SG-1000 II, but this didn't offer much more than a cosmetic overhaul and did little to revive their fortunes outside of the arcades.

Fortunately, in that arena Sega were going from strength to strength. They had already wowed gamers with the realistic visuals in their laser-disc titles such as Astron Belt and GP World but the appeal of these rather limited games was short-lived for many players. The reaction when they unveiled their amazing 'Super Scaler' technology was different. One of the first games to use it was of course the mighty Space Harrier which featured quite remarkable colourful pseudo-3D graphics and it was quite justifiably a smash hit. It was so popular, in fact, that it went some way to restoring Sega's former prosperity all by itself, and it would be the first of many. 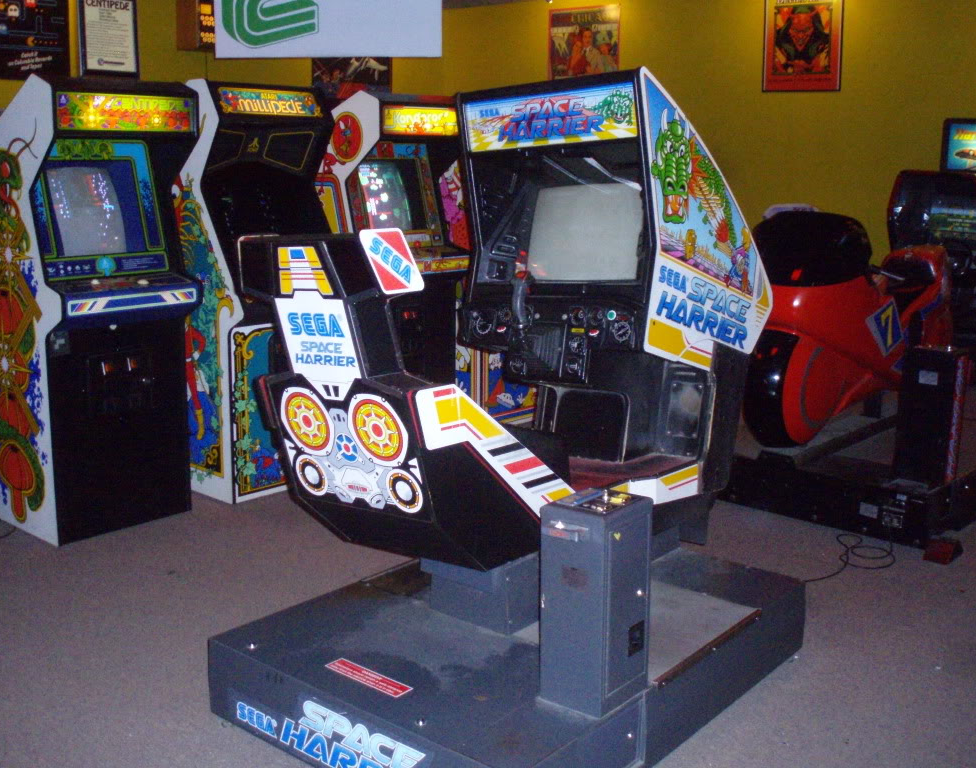 This landmark title was released in 1985 which would turn out to be a pivotal year for the fast-recovering company. On a sad note, the sole survivor from their initial generation of home systems, the SG-1000 II, was discontinued after little more than a year on sale, but on a brighter note, a replacement had already been developed and was immediately launched. The Sega Mark III, which would be known in the coming years as the Master System outside Japan, was more powerful than the Famicom/NES this time, which was just as well since Nintendo's system was still its main rival after taking Japan by storm (and later, the US). This success didn't spell good news for Sega, new system or not, as Nintendo had aggressively tied up many of their developers with exclusivity deals meaning the Mark III was left with the odd few scraps left over. There were a few decent games though - some were original titles, many others were conversions of other companies arcade games, but the only ace up Sega's sleeve was exclusive access to all their own arcade games.

By the mid-80's this included some cracking titles too. Space Harrier was an eye-catching and memorable game to be sure but it was just as famous for the huge hydraulic 'simulator' it was built into, and this rather extensive 'cabinet' design was unsurprisingly incorporated into many of the subsequent Super Scaler games. Released at around the same time as the psychedelic blaster was Hang-On which featured a life-size representation of a motorcycle which you had to sit on and lean left and right to steer your bike! It worked well and was an appealing novelty but it was nothing compared to what was to come. One of the next Sega games to grace the arcades of the world would not only prove to be one of the most popular and successful such games of all-time, but it was also the game that was responsible for my getting into gaming to begin with. The immortal Out Run had arrived.