Was the Saturn a Flop?

It's a fairly safe bet that most of us retro gamers have a lot of love for Sega and their mighty Saturn. A good few of us probably owned one back when it was first released and I'm sure many more of us have owned one since. It's been a particular favourite among collectors for many years now and, now that I stop to think about it, it's a console I've rarely heard a bad word about.

Recently, however, I saw an eye-catching article about it on the Sky News website, heralding the achievements of a talented engineer who has 'saved the console from extinction' by finally 'cracking its security systems', allowing the system to read from and write to other storage mediums such as flash drives. It's a grand triumph to be sure but one that was of limited interest to me if I'm honest. 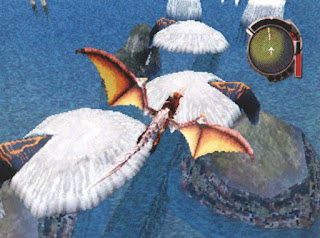 I've never found the Saturn to be a particularly inaccessible machine though - it and many of its games can be bought inexpensively, and if you can't stretch to the financial heights of its pricier games, it can be made to play 'backups' easily enough (not that I would endorse such actions, obviously). Plus of course, it can be emulated rather splendidly. So while I applaud this achievement, it's one I'm unlikely to make use of any time soon. No, what interested me most about the article was how many times the word 'flop' was used. The title was 'Flop Sega Saturn console given new lease of life'. Elsewhere I saw 'The 1994 console - which was a commercial flop - was on the verge of extinction before an engineer cracked its code' at the top of the page and a picture of the Saturn was captioned with 'The clunky console was released in 1994 but was a commercial flop'.

That wasn't all either but I'm sure you get the point. Some might ask what Sky really know about the games industry but it did get me thinking - was the Saturn really a flop? I don't think many of us would classify it as such would we? Surely a flop is something like Amstrad's GX4000 or the Phillips CDi that only ended up with a handful of mediocre (at best) releases, not a lovely machine like the Saturn? 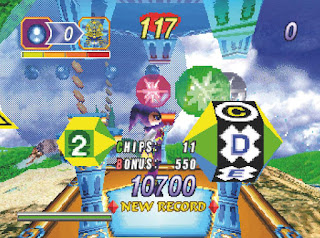 Let us consider the numbers which reveal that the Saturn sold around 10 million units. Admittedly that's a figure dwarfed by the likes of most Sony and Nintendo systems but it's still a hell of a lot of consoles. It seems like it to me at least, and the same goes for the number of releases. To me, a true flop system is one that doesn't tend to have many titles available for it, and in most cases you'll struggle to find any that are much good, but the Saturn is home to over a thousand games. A thousand! Many of these were released only in Japan admittedly, but that's still a crapload of games for a 'flop' system, and as most avid retro gamers will know very well already, a far from insignificant number of them are motherflippin' awesome too! I don't know about you but I'm still discovering hidden gems on this fine system to this day, and I expect to continue finding them for some time.

So, as you may have worked out for yourself, I personally do not consider the Saturn to be a flop or anything even approaching that. Do I wish it had fared better against the 100+ million-selling PlayStation? Of course I do, I would be foolish to think it didn't come out of that contest second best in terms of overall success, but I'm also confident in saying that many gamers nowadays don't consider nearly so large a gulf between the systems in terms of the quality of games available for them.

In fact, I'd even go so far as to say the Saturn is looked upon more favourably in recent years, and its games have aged better overall too. So what in the blue blazes was the writer of Sky's article blathering on about? Perhaps he meant it was a 'flop' in comparison to the MegaDrive/Genesis, the Saturn's predecessor, which sold over three times as many units, or perhaps he was pointing out that Sega's inefficient development process didn't result in much in the way of profits for the disorganised oafs. That's about all I can think of anyway, but I'm interested to hear your opinions as well - whether you like the system or not, do you consider it a flop? 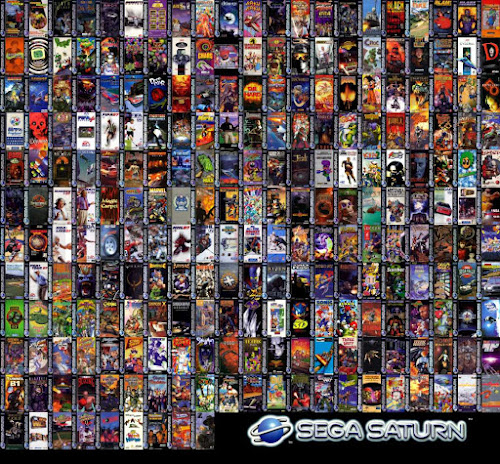