Few of the wondrous species that inhabit our increasingly-abused planet are as vital to the continued health and longevity of its ecosystem and general environment as elephants. These colossal trampers have been around since not too long after the dinos got obliterated by a giant asteroid, and they've flourished ever since. Well, until our idiotic species came to prominence and started wiping them out, anyway. Here are the five most notable types to have trumpeted their way across the land:

The pipsqueak of the elephant family is this smallest-but-still-large variety, averaging around 2.6m tall and weighing in at around 3-4 tonnes. It's found in Asia, believe it or not, and is easily recogniseable in pictures due to its smaller ears. It's often also known as the Indian Elephant but is actually found across much of the Sub Continent and South East Asia, even making it to islands such as Sri Lanka and Borneo. Despite having been exploited by mankind since pretty much forever,as well as being considered sacred by some countries, we are still apparently doing our best to cause its extinction, mainly through destruction of its habitat. 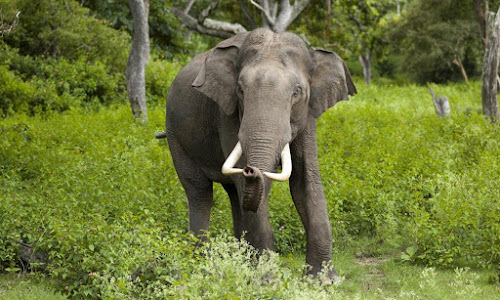 This sizeable trumpeter is of course extinct now, having trampled undergrowth during the Middle Miocene and Early Pleistocene periods across much of what is now Europe, Asia, and Africa. It looks like it was enormous, way bigger than modern day elephants, but wasn't actually much (if any) taller, although judging by this artists impression, it was a bit porkier and supposedly weighed in at a mighty 12 tonnes! The most obvious difference, however, is those weird pointy-downy tusks which may or may not have been used for ploughing fields for lazy cavemen. 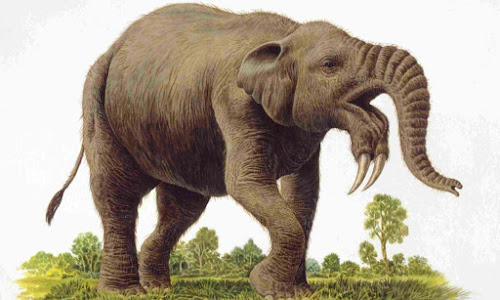 The 'classic', most frequently seen type of elephant, for most of us pesky humans, anyway, who have apparently decided its glorious white tusks have magical properties, and so we are in the process of hunting them to extinction accordingly. They were once abundant through most of Sub-Saharan Africa but are now concentrated in a few pockets here and there. There are actually two varieties found on the continent - bush elephants (shown here) and the smaller forest elephants. The bush version is of course the largest land animal in the world, with males reaching 4m tall and weighing up to 7 tonnes, and the two neighbours are considered by some to be separate species. Sadly, both are becoming seriously endangered. 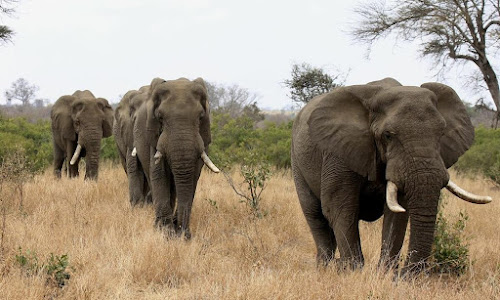 Aside from some of the more popular dinosaurs, the mammoth is probably the best-known of all extinct animals these days, but despite its name and resultant reputation for being... well, mammoth, it was actually slightly smaller than modern day Asian elephants. It averaged around 3m tall and weighed up to 6 tonnes, so it wasn't quite as formidable as many may think. That might be why our ancestors spent so much time hunting it I guess! They lived across much or what is now Northern Eurasia and Canada until they gradually died out at the end of the last ice age around 10,000 years ago. Remarkably however, there are ongoing efforts to try and resurrect this distinctive tramper. Will we see one in our lifetime? 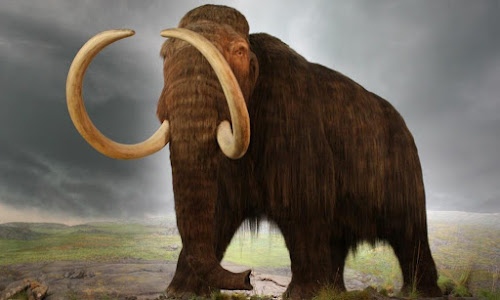 Yes that's right, the most impressive elephants of all aren't even real! For the few who might not know, these titans first appeared in writing courtesy of J. R. R. Tolkien's works, and later graced our cinema/TV screens thanks to Peter Jackson's remarkable Lord of the Rings films. Unsurprisingly, like most beasts found in Middle Earth, these trumpeters are far, far larger than our real world examples. Strangely, it seems that only the evil races have thought to exploit their enormous size and power by using them as 'battle elephants' - a vocation they are highly proficient at, whether they like it or not - but even the more morally-upstanding peoples of Middle Earth can't fail to be in awe of these magnificent creatures. 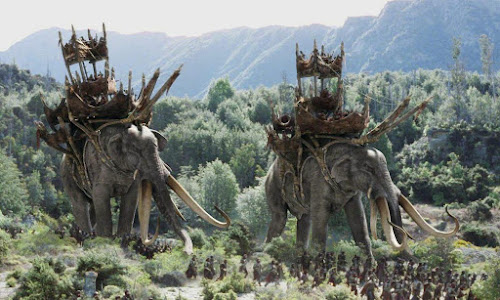