Animals have been around in cartoons, both in comic-strip and animated forms, for about as long as the media have existed at all and few creatures have been used as prominently as dogs. I'm sure everyone grew up watching numerous shows featuring them but here are my five faves: 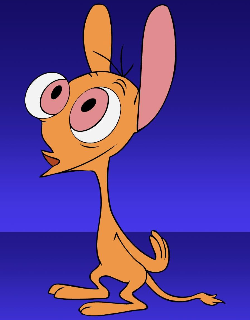 I was never able to decide if I liked The Ren & Stimpy Show or not - sometimes it was filled with moments of ingenious hilarity and other times it was just a bit stupid, and not in a good way (see below), but it was generally pretty good, thanks mainly to the humourous characters of the title. Stimpy was a fat, dopey, put-upon cat, and the source of much of his anguish was his 'friend', a scrawny chihuahua called Ren Höek who, as fans or even casual acquaintances of the show will know, was of a rather 'unbalanced' disposition, mentally speaking! Frequently temperamental, paranoid, delusional, and violent, he would be horrifying to be around in real-life but his unusual antics on screen made him a uniquely entertaining, if slightly disturbing hound. 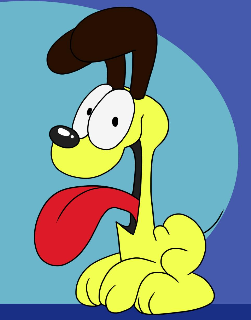 Let's face it - stupidity is nearly always amusing, whether found in people or animals, and Odie, despite odd flashes of intelligence, is certainly that! Introduced soon after Garfield himself debuted in 1978, he is frequently the butt of many jokes in the series and is often the victim of or gets the blame for Garfield's various shenanigans. They're good friends really though and Garfield actually cares for him a great deal, as shown in one of my favourite cartoon specials, Here Comes Garfield, in which the perpetually-happy Odie is captured and taken to the local pound. Garfield is distraught and risks everything to save his good friend but of course, as soon as he's back home he's getting kicked off the table once again! He never seems to mind too much though, he's the happiest dog ever, after all! 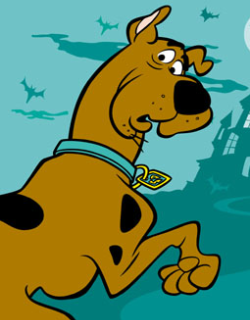 No doubt many people's childhood memories include more than a few snippets from this long-running show and most of those probably feature the bumbling dog of the title who might share the approximate size of the real-life Great Danes on which he's based but he doesn't appear to have inherited their bravery and ferociousness! Indeed, he spends most of his time running away and hiding whilst usually accidentally solving whichever predictable mystery he and his friends find themselves caught up in! At least, that's the Scooby I've always known and loved but he's pretty old now and has been through a good few iterations over the years. Whatever form he takes, though, he's nearly always a thoroughly endearing creature even if he can't talk properly! 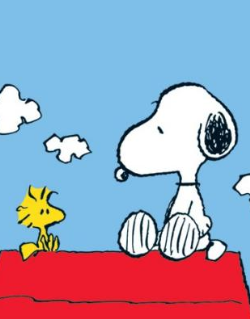 I'm quite sure that Snoopy, and indeed the rest of the Peanuts gang, were never as popular on my side of the Atlantic as they were in their own country but he certainly left his impression on me, even if I did almost certainly discover him many years after everyone else! Originally conceived as a normal neighbourhood dog without a stated home or owner, his popularity soon grew to such an extent that he even overshadowed the very comic/show in which he featured - I know personally, at least, I heard of Snoopy himself long before I heard of a show called Peanuts - and he soon became one of the most recognisable cartoon characters in the world. The unusual adventures of the imaginative beagle are still some of favourite cartoons to this day. In fact, I think I'll watch one now! 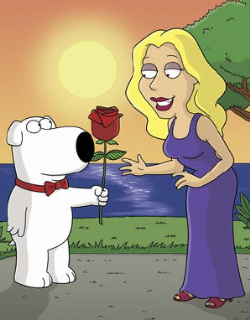 Many cartoon animals share at least some human characteristics, especially dogs, but Seth MacFarlane took it to pretty much the furthest extreme with Brian Griffin. As should be fairly obvious, good old Snoopy gave much of the inspiration for his appearance but the two mutts don't have much else in common. Whilst technically just a pet dog, he's actually the best friend of 'owner', Peter, and consequently often becomes mixed up in his various shenanigans, usually willingly! In fact, he seems so completely human most of the time (besides his appearance, obviously) that it can even seem a little out of place when he does exhibit a dog-like trait, although it can also be very funny, such as his fear of vacuum cleaners! One of the most consistently entertaining characters on a highly amusing show.
Posted by RetroKingSimon at 18:59