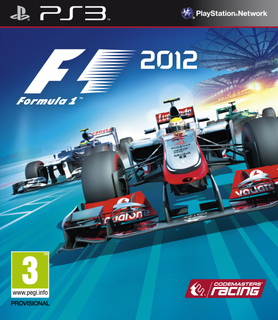 Now that the new Formula 1 season is upon us and already looking (though not sounding) more interesting than the last few seasons combined, I figured it was time to refresh my own racing skills. The last F1 game I played extensively was F1 World Grand Prix 2 for the N64 which is very good, but that was quite a while ago now so this was a good opportunity to see how the genre has progressed. Code Masters seemingly holds the official F1 license these days which of course means yearly 'updates'. However, owing to people's idiotic need to always have the most up-to-date release, I picked up this slightly older version for a very reasonable sum. As far as its play modes are concerned, little has changed. There are the standard Quick Race and Career modes, both of which are splendid, with the latter obviously being significantly more involving, but there are also two other modes called Young Driver Test and Season. The former is basically a tutorial mode but the latter is where I've spent most of my time so far. This consists of a shortened season of ten races during which you can pick a 'rival' who you then need to try and beat over a best-of-three mini-series.

This is while all the normal stuff is going on, of course - five lap races featuring all 12 teams and 24 drivers from the 2012 season. The only difference is, if you win a rival challenge, you'll receive a contract offer from that driver's team, allowing you to switch partway through the season. I didn't know all this when I first started with the game (who reads instruction books these days?) and, while it's pretty cool having a rival to race and keep your eye on, the team-switching stuff seems a bit pointless to me - you can after all select any of the teams before starting. It might be different if you could only choose a team from the lower end of the grid. It would then be your only way to drive for a top team. But no, I chose Ferrari (naturally) and won a couple of challenges, but... why accept an offer from an inferior team? 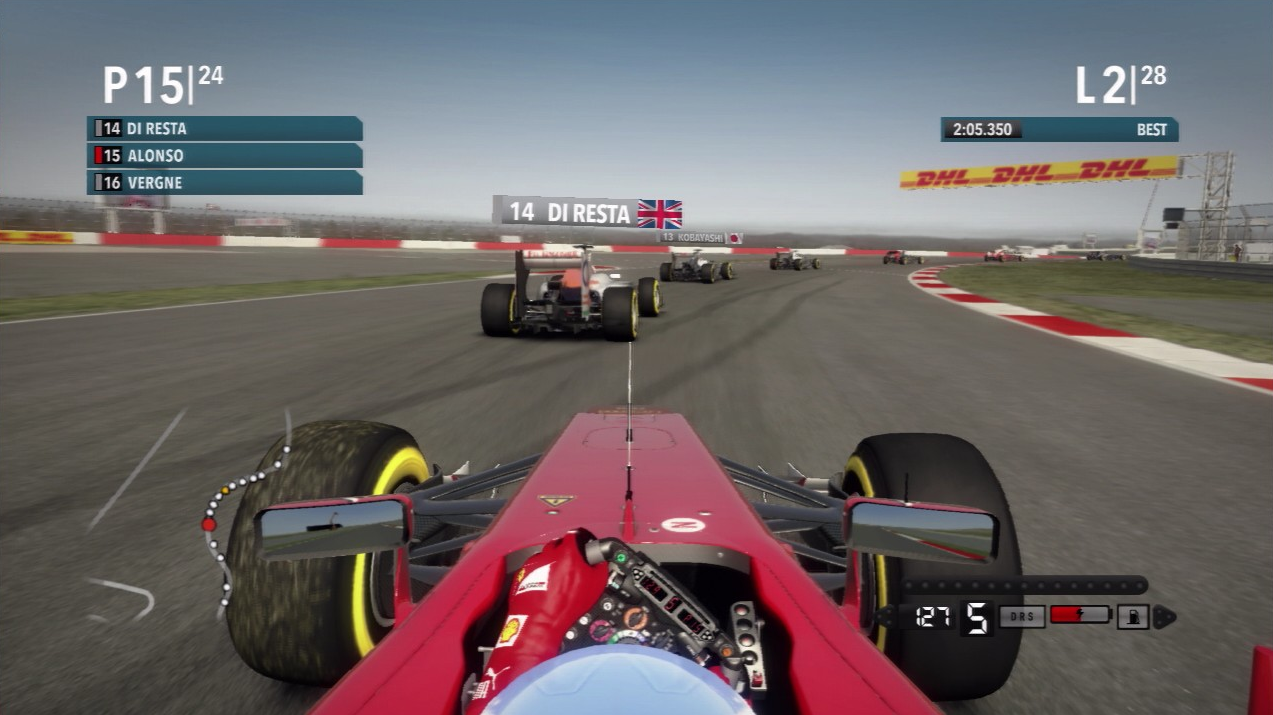 Anyway, it certainly doesn't hurt to include it, and it's indicative of the main aspect of F1 games to have changed since my old N64 fave - namely the audio/visuals and presentation, unsurprisingly. Whether it's the rousing intro and cut-scenes, realistic race graphics, press cuttings of your progress, or even receiving 'emails' from your various team members, everything here is coated with a sheen of polish befitting the world's premier form of motorsport and does a good job of making you feel like an actual member of a pro racing team. More so than I've seen before anyway!

The actual racing action is quite a bit more realistic too. There are tonnes of options and set-up screens which allow you to mess with your car settings (amongst other things) and, like most racing games these days, there are also a number of 'assist' functions such as anti-lock brakes, traction control, and an on-track suggested racing line with braking zones. However, even with all these turned on (as is default) this is still a pretty challenging game. After a bit of practise it's fairly easy to keep the car on the track and take good paths around corners and all that stuff, but simply catching up the cars ahead of you takes quite a bit longer. Plus, of course, if you make a major mistake (i.e. spin your car), you're pretty much screwed. 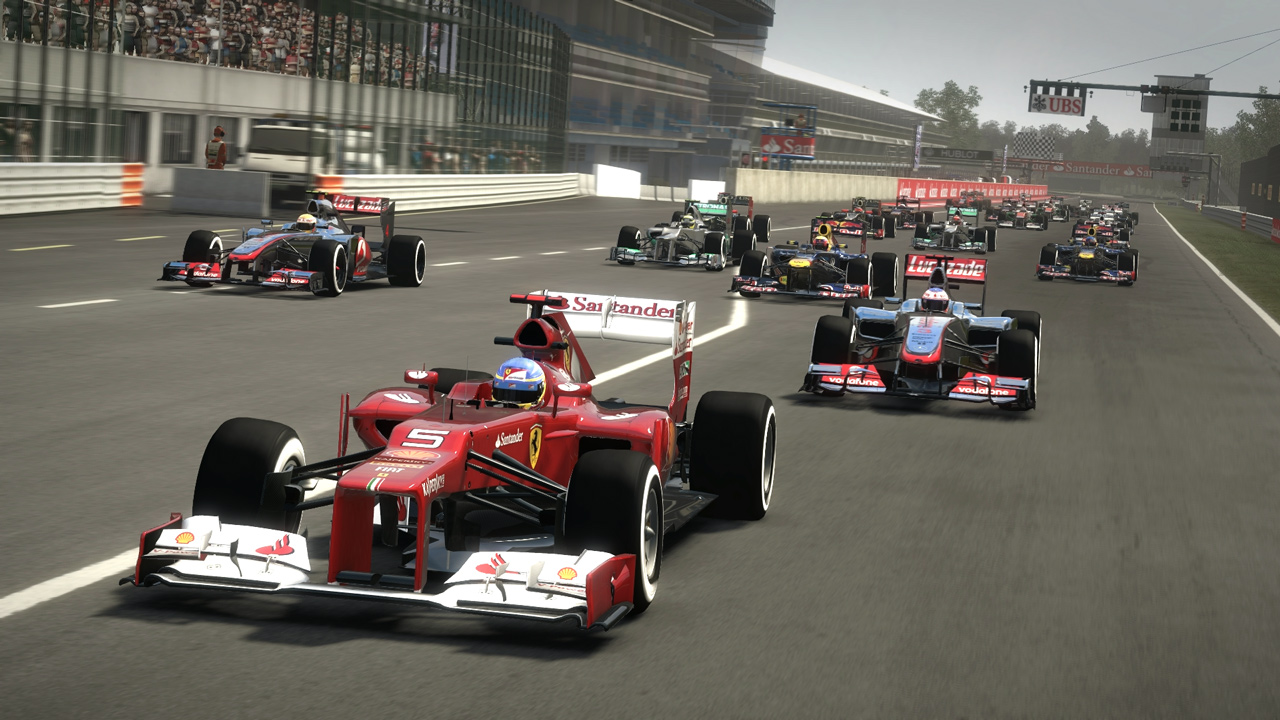 Due to this, many races, particularly the shorter ones (a variety of race distances are possible), are won or lost in the first half lap or so which is by far the easiest time to make up a significant number of places. It's also very easy to spin or incur a time penalty during this period though, which means you'll be hitting 'restart race' often, if you're anything like me at least! Indeed, this certainly can be an infuriating game when you make a mistake, and even more so when another driver makes you crash (or when you receive a mysterious penalty), but it's also genuinely exciting, especially if/when you eventually start doing well.

My first few races ended with last place finishes (I was actually 16th or 18th or something but received penalties), but I've gradually improved and my current best is now 2nd place. I'm not sure I'll ever put in enough practise to win a World Championship with manual gears, damage turned on, and all the assists turned off, but that's the beauty of games this well made - there are options tailored to challenge players of nearly all skill and/or dedication levels, but it's also a game that's exceptionally thrilling and addictive as well. Whether I'd be quite so enamoured if I'd been buying the 'updates' every year is another question but as my first F1 game in over a decade, this one gets a big thumbs up!