The days leading up to the launch of the PlayStation 2 and Xbox were among the darkest in my gaming life. My beloved Sega had gone down in flames, as a hardware developer at least, and I was still in mourning by the time Sony's imaginatively-named successor to the PlayStation and Microsoft's debut console arrived. I had a vague knowledge of them and their early titles though, and had always expected that, if I ever did recover from my gaming depression, the one I would go for would be the Xbox, and there were two reasons for this. 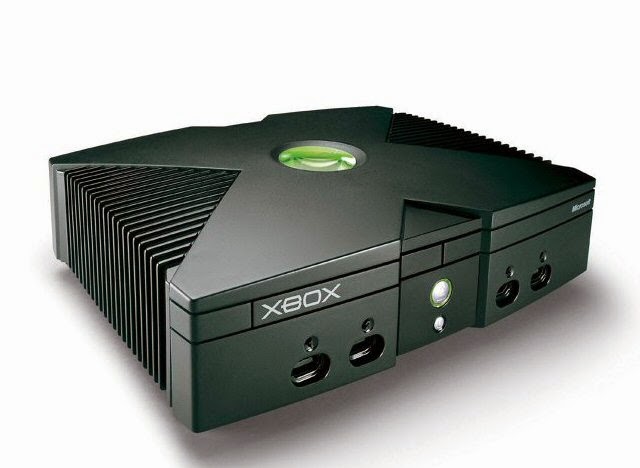 Firstly, I had come to hate Sony, especially the PS2 which had received a lot of the blame for the Dreamcast's demise. Secondly, it seemed, from what I had seen, that the Xbox was much closer to the Dreamcast in terms of the titles it had available. Indeed, it almost seemed like a continuation of Sega's mighty machine what with Sega GT 2002, Jet Set Radio Future, Project Gotham Racing, Panzer Dragoon Orta, etc. Despite all this, I never did get around to buying one, even years later when the 360 arrived and the original system received the customary price drop. I did come close about 8-10 years ago - I even bought OutRun 2 (which, amusingly, I still have at my parents house somewhere!) when I saw it for a good price - but I kept holding off on buying the actual console until I found a limited edition green version for a similarly irresistible price, for it was this model that I had decided I must have. And eventually I had it.

As revealed here a while back, I was fortunate enough to receive my much-coveted green Xbox as a Christmas gift from my lovely wife, and I have slowly been building my collection of games for it since. Actually it's been quite fast but more on that later. The first five I tried, though, were those listed below. They're pretty popular games too, so let's just hope my long wait has been worth it! 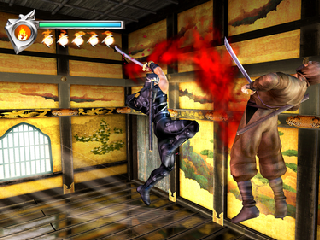 My local game store doesn't have too many Xbox games, and those they do turn up usually suck arse, but I did manage to spot this one amongst the sports and dancing games, and it was an appropriate enough one to start off my collection too, being a reboot of a retro classic. It was a reboot with much promise too - how hard can it be to make a decent ninja game after all? To be honest, it's really difficult for a mere mortal like me to even answer that question in the case of Ninja Gaiden. It looks and sounds really rather nice, and it's atmospheric too, but it's so bloody hard I still haven't seen a great deal of it. The controls were initially a little confusing but didn't take too long to get used to, and indeed, our ninja hero is a mighty agile death-dealer, but why did Tecmo have to make it so punishing? I think I would love this game if it were a little easier too... ughh! 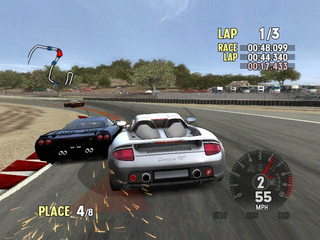 As far as I'm concerned, if systems from the Xbox (and PS2) onwards excelled at one genre where their predecessors did not, it was racing games. I was therefore eager to acquire one such game for my new machine and the first one I found was Forza - a game I had heard much about. It therefore held few surprises when I finally played it, but it still impressed me anyway. It doesn't take much to do that with racing games, admittedly, but the presentation and graphics were and still are top notch here and the Gran Turismo-style career mode is the type I love - lots to see and do, tonnes of fancy cars to drive, and a great-though-not-impossible challenge. Having said that, the difficulty is a little unbalanced (medium course, easy course, super-hard course, easy course, etc), but this is one I could really get my teeth into without wanting to destroy stuff. And all for £1.50! 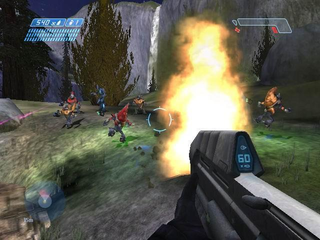 I had many games in mind when thinking about getting an Xbox but the main one was this. I guess it's still the most famous game on the system and it supposedly did even more for console FPS games than Goldeneye did, too. Being a big fan of said Bond adventure, I was also keen to sample Halo, but after the impressive title screen I soon found myself a little underwhelmed. The main selling point for me is the involving story which sees you on a spaceship that's being boarded by hostile aliens. After multiple shoot-outs you escape to a nearby planet with the enemy hot on your heels, etc. I found that aspect of the game superb, as well as a few individual moments (like exploring spooky dark tunnels with a torch). I thought the actual combat, graphics, audio, and all that stuff, though, was good but nothing amazing really. It's a solid game to be sure but not the stunning ground-breaker I was led to believe. Perhaps a product of its time? 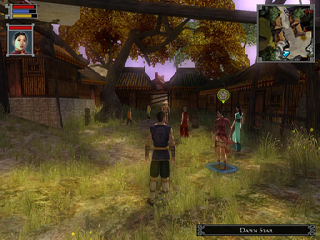 In the Top Five list that prompted my acquisition of an Xbox I stated that I'd never played a single game on the system but, as I recently remembered, that isn't actually the case. I did very briefly play Jade Empire on a friend's equally-briefly owned Xbox and was reminded of it not too long after becoming an owner myself. As luck would have it, I found a splendidly-priced example in my local game store and it's already become the game I've spent most time with, being somewhat akin to a game version of one of those Chinese 'wuxia' films on which I'm also keen. It's essentially an action RPG which gives you a choice of characters to play as, many fighting styles to learn, all kinds of items to find, and lots of diverse locations to explore. It's not the kind of game I usually spent a huge amount of time on, admittedly, but the combination of its appealing setting, gorgeous graphics, and superb character interaction make this my favourite Xbox game so far! 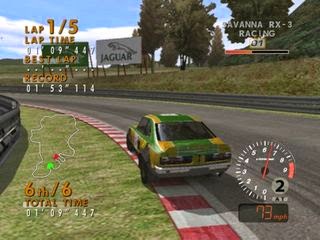 Back when the Xbox was originally released and its first few titles were announced, this was one I wanted to try since I was a fan of the original game on the DC, and it's remained the case ever since, despite the lacklustre reception it received. I wasn't expecting much though, having played it after the much newer and more advanced Forza, and indeed, technically it is less impressive, both in terms of its presentation/polish as well as the in-game graphics. That was to be expected but what I did find disappointing is that there's not nearly as much to it as even the original Dreamcast game, never mind Forza. Progress is painstakingly slow, the selection of cars isn't great, and there are less competitions too. I haven't spent that much time with it yet, admittedly, but unless there's a tonne of hidden content, I can see interest in this one waning fairly quickly. I'll stick with it for now though, if only for my love of the original game as well as Sega themselves.

Verdict:
Regardless of my opinion of the Xbox as an actual gaming system, one thing is for sure: I seem to have picked the right time to get one! Indeed, I now have over 30 games for my weighty green slab and they were bought for a combined total of around £40! There really doesn't seem to be any that cost a lot either - the most expensive game in my collection was £4 while the cheapest was a mere 35p, and that's quite remarkable really. I think the only game on my list that will cost me a pretty penny is Steel Battalion (with the enormous controller, obviously)!

My opinion of the console itself is a little less enthusiastic though. It's impressive enough technically - I like the various menus and system screens, the sizeable HDD has more space than I'm ever likely to use, and the controller is pretty good (and, splendidly, has a long cable). Overall, as a console it kind of reminded me (once again) of the Dreamcast in terms of how Sega's machine might've evolved had it been more successful (I haven't tried Xbox Live though, as I'm sure everything was shut down long ago). There are clearly a considerable number of top titles for the Xbox too, many of which I now have, and the remainder of which can (and probably will) be obtained easily and cheaply.

The only issue I really had probably sounds stupid, but I just found that it doesn't really have an air of individuality about it. Up until this point, most serious gamers could tell which system a game was running on just by its audio/visual qualities and/or quirks, but when it comes down to it, what qualities do the Xbox or PS2 have that the other doesn't with which to appeal to fans? I suppose that's just the way the industry is headed though - all the gaming systems have become so similar there's really not much to choose between them, besides brand loyalty and the odd exclusive release, perhaps. The Xbox obviously had a superior online service but, aside from that, what did/does it have that made it such a success?

I suppose it was simply a very capable machine with a good library of games, and I'm definitely looking forward to trying many more of them over the coming months or even years. Indeed, it may sound like I really don't like Microsoft's machine but that's not the case at all - it's a good system and I still use it regularly - I suppose I was just hoping for something new and exciting which hasn't been the case. I'm certainly glad I've got one though, and even more glad it's a green one!