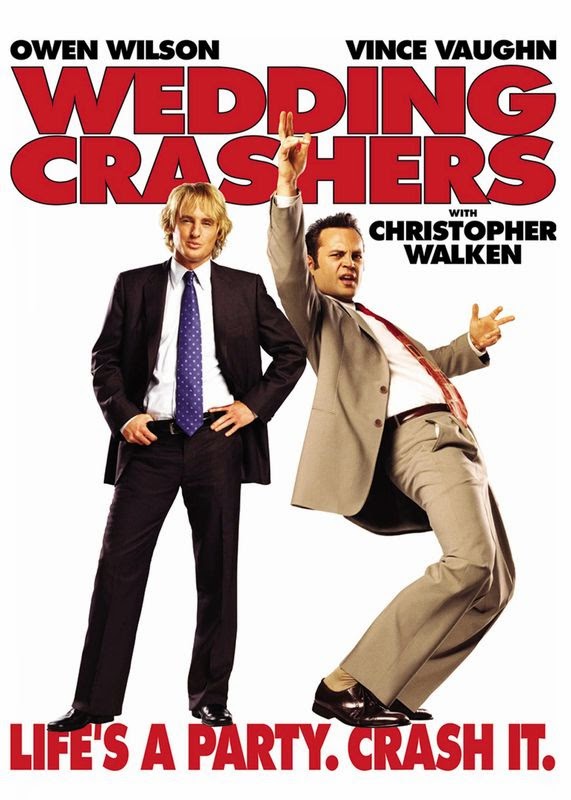 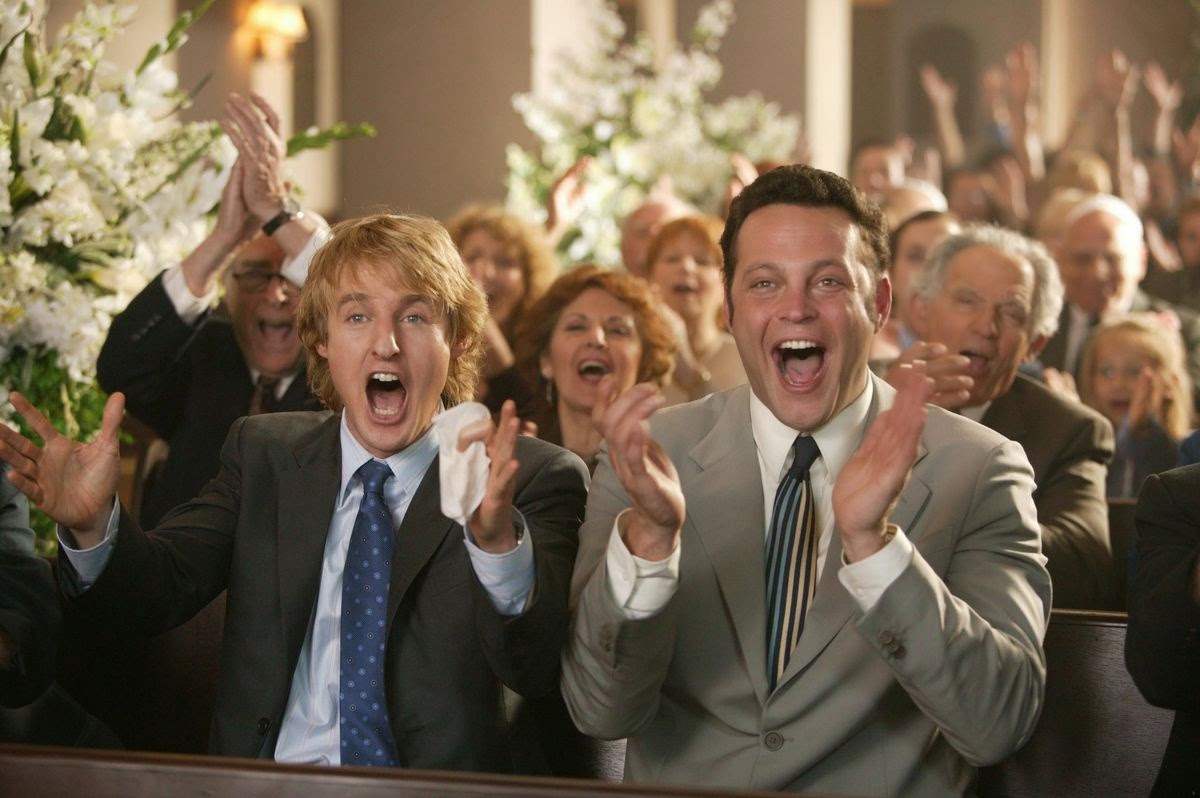 These are reprehensible actions in the eyes of many, no doubt, but after a lengthy montage of 'the season' you can see the appeal, at least from their point of view. By the time it's finished, they are exhausted and content to reflect on another success and take it easy. That is, until Jeremy finds out that one of the daughters of the US Secretary of the Treasury, William Cleary (Walken) is getting married, and thus beckons the possibility of a very prestigious 'crash' with lots of classy totty. One thing neither of them expected, however, was to actually like their chosen quarry who just happen to be Secretary Cleary's other two daughters no less. Maintaining their cover stories in the face of a cautious father (Walken), flirty mother (Seymour), amorous brother (O'Donnell), and a suspicious boyfriend (Cooper) won't be easy. 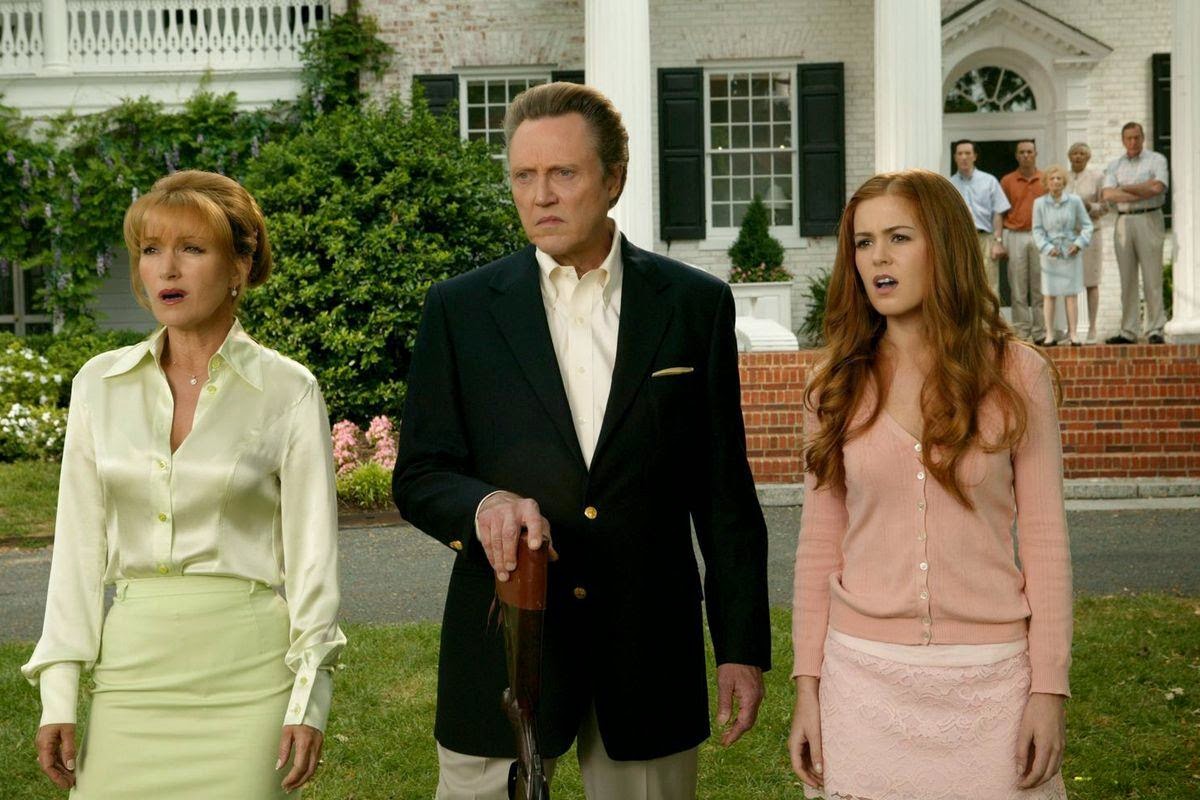 One thing we needed, then, was a pair of girls who seem like they're worth the effort, and I think we got them in Claire (McAdams) and Gloria (Fisher). Both are gorgeous, obviously, but very different too. Claire is intelligent and classy but seemingly burdened by a serious, overbearing boyfriend who she is expected to marry, while Gloria is more or less the opposite - spoiled and immature, but impulsive and adventurous. In addition to their aesthetic qualities, they are also very likeable and well-matched to their respective suitors (Claire catches John's eye early on while Jeremy quickly 'digs' Gloria's brazen behaviour). Walken as their father is... well, Walken really - amusing and intimidating in equal measure, but he remains as watchable as ever, and everyone's favourite Hollywood granny, Ellen Albertini Dow, has a small but memorable role too. 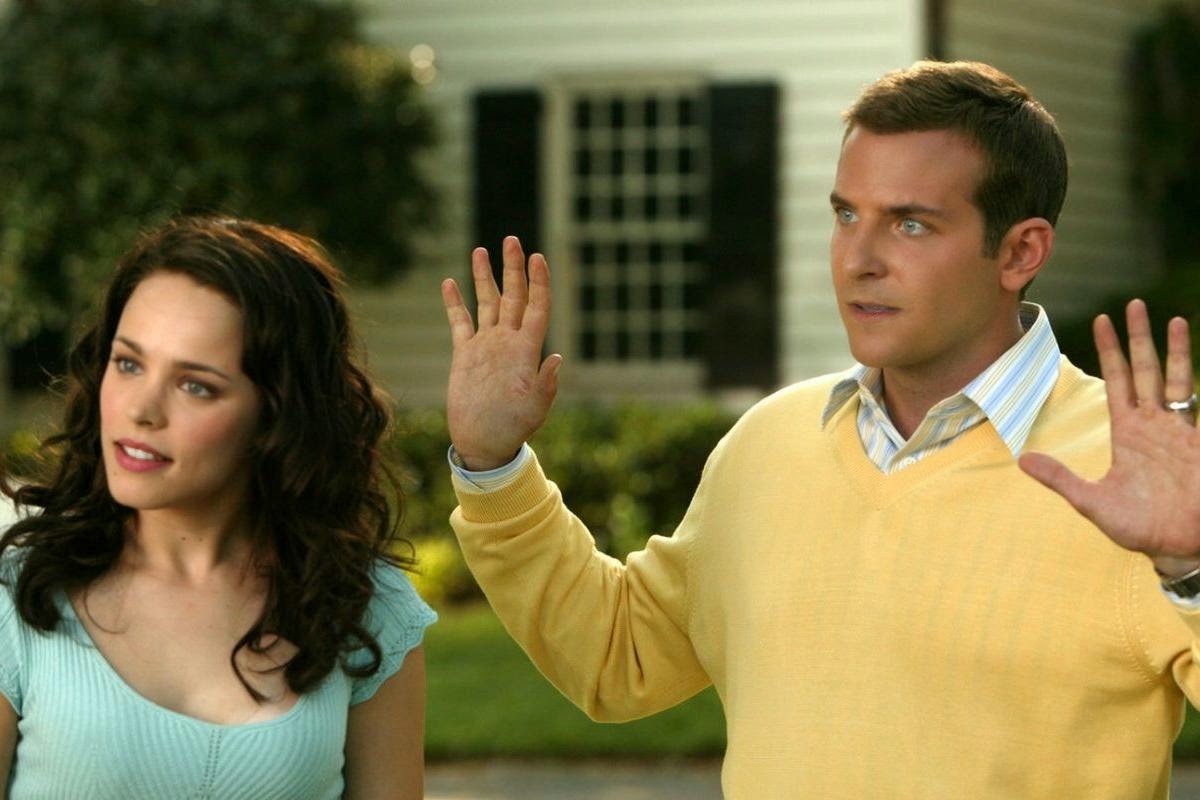 Messrs Wilson and Vaughn are the stars here though - I imagine the film was created with them in mind and they're both great value as usual. Of the two, Vaughn stands out more - he gets a majority of the best lines and most of the best gags, with many of them played typically straight; I don't think he's ever been on better form to be honest. Of course, given the film's premise, much of the humour is a little on the sexist side, or at least politically incorrect, and the outcome is pretty predictable, as are most of the stops on the way to it, but as long as you're not a hardcore feminist, this is about as amusing and entertaining as wedding-related films get, and it's certainly the most rewatchable. Even Will Ferrell gets in on the action in a characteristically ridiculous cameo. One of my favourite 'Frat Pack' comedies so far.