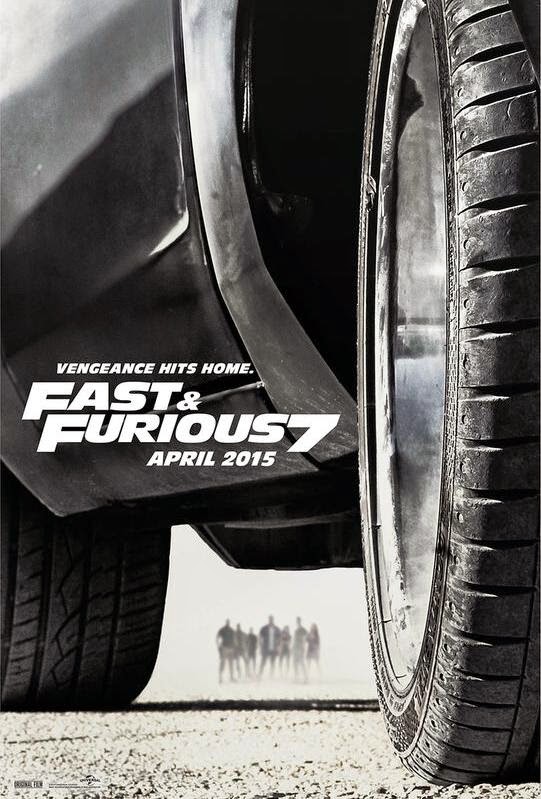 It continues pretty much straight on from the sixth film. Owen Shaw is in hospital, critically injured, and his brother Deckard (Statham) is not best pleased, vowing to exact revenge on Dom and the rest of his crew. Unfortunately, like his broken sibling, Deckard is also a rogue ex-British Special Forces operative, so he has the skill-set to back up his threats, and his first target is Han who has been goofing around with Sean Boswell (Lucas Black) in Tokyo. Dom (Diesel) isn't one to take such matters lightly though, so he rallies the troops - Bryan (Walker), Letty (Rodriguez), Roman (Gibson), and Tej (Bridges). They're barely into their war with Shaw, however, when Dom is approached by Frank Petty (Russell), the leader of a covert ops team who thinks he and Dom might be able to help each other out.

Petty, you see, is eager to obtain an advanced surveillance program known as God's Eye which was created by a British hacker called Ramsey (Emmanuel). She wisely hid the software in question so is now herself a target, having been kidnapped by mercenary, Jakande (Hounsou) and his kicky head-henchman, Kiet (Jaa). Petty's deal is, if Dom and his team can save Ramsey and recover God's Eye, he can use it to find and deal with Shaw. Naturally, none of this is particularly easy and sees the team take in such diverse locales as Tokyo, the Caucasus Mountains, and Abu Dhabi, as well as their usual haunt of Los Angeles. This quite comfortably makes it the widest-reaching instalment in the series so far but, thanks to its enormous budget, it's also the most extravagant.

Unlike most of the previous films in the series, though, the emphasis isn't placed quite as strongly on the cars themselves. There are a good few here of course, including rice rockets, American muscle, and some incredibly flashy examples too (Lykan Hypersport, anyone?), but unlike the blatant car porn of the previous films, they're more of a means to an end rather than the actual point of the action this time around. Insanely expensive/powerful means to an end, maybe, but even so! Most of the scenes featuring them continue to raise the bar as far as special effects and stunt work are concerned too. There are a couple of "Oh come on!" moments (Brian's cliff-top escape, the skyscraper jumps, etc) but most of the vehicular scenes are nothing short of thrilling and fantastically well done.

As well as all this carnage (and it's definitely that!), there are some superb fisticuffs as well, notably involving Shaw (Statham is on great form here) versus the hulking great Hobbs (Johnson, complete with Rock Bottom), as well as the inevitable confrontations with Dom, and we also get a great gown-clad smackdown between Letty and Kara (UFC fighter Ronda Rousey). In fact, these many action scenes, whether car-based or not, are so numerous and so much larger in scale than we've seen before, there's not really much time for anything else. Despite the reasonably convoluted plot (for an action film), Furious 7 pretty much just barrels from one brash action scene to the next, with moments to draw breath growing fewer as it goes. There are some nice calmer moments here and there though.

Some of them focus on Letty who is still struggling with her memory loss and her place in the world and there's a nice cameo from Lucas Black too, but most of them are new or reworked scenes focusing on Brian who has been written out of the series, and include tragic Paul Walker's final on-screen moments which are as poignant as you might imagine. His departure is handled superbly by the production team and his friends/co-stars and he gets a touching send-off, particularly his tear-jerking final scene (which uses some stock footage of him from the first film if I'm not mistaken). I won't pretend I knew Mr. Walker but it's hard to imagine him not being pleased with the moving tributes he received, both on film and off, and it's also hard to imagine too much dissatisfaction with his final film on the whole.

There are some faults though, of course. The story is pretty weak and Shaw's character isn't nearly as interesting as he seemed in the teaser at the end of the sixth film. Once God's Eye turns up everyone seems to be frantically trying to get to it first but Shaw pops up everywhere Dom and the team end up anyway so it's not like either of the belligerents really needs the magical device to settle their beef. I suppose you're not meant to notice these things in action films though, and it is a really good example. It may be more ridiculous than ever but the production values are second-to-none and the performances are great. It's nice to see the continuing nods to the previous films, too, and the camaraderie of the team remains appealing. The question is, can they continue without Brian?