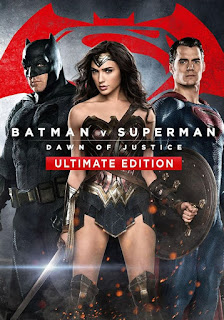 Tagline: "Who will win?"

Despite my undeniable appreciation of the masses of superhero films we've had in recent years (or most of them), I've put off watching this one for a while now. This is mainly on account of the DC fanboys who I've learned are among the whiniest, most immature group of fans I've encountered. Okay, I guess not all of them, but many of them are apparently unable to tolerate the consistently poor reviews and feedback received by this highly-anticipated meeting of their two most treasured characters. Many blamed Rotten Tomatoes for their supposed 'Marvel bias' (despite the fact that they're merely a review aggregator and don't actually review films themselves), and these and their many other tantrums on social media soon became so overwhelming that they overshadowed the film itself for me. 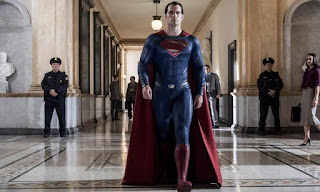 Now that it's all died down a little (though definitely not altogether), I figured I'd finally and cautiously give the film a try. Somehow I doubted I'd have such strong feelings for it to either extreme but I was keen to find out if it really was bad as most say, or as good as its far smaller number of fans loudly proclaim. After an opening sequence showing Bruce Wayne frantically trying to help during the ridiculously-destructive battle that brought Man of Steel to a close (and the carnage seems even more unprecedented in scale now, if that's even possible), events move forward 18 months where we find that Metropolis and Gotham's chief vigilantes have grown distrustful of each other. Batman views Superman as a potential threat while Supes questions the increasingly severe methods employed by the Caped Crusader. 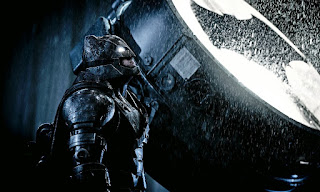 As tension builds between the two, a young and somewhat eccentric upstart by the name of Lex Luthor (Eisenberg) has somehow managed to procure a Kryptonian scout ship and begins learning its secrets and also experimenting with Kryptonite, both of which could spell doom for Metropolis and Gotham (which are apparently on opposite sides of the same bay - I never knew they were meant to be that close), and lord knows where else. Can the quarrelling superheroes put aside their differences for long enough to take down this maniacal oaf and whatever abomination he might be attempting to dream up? Well, that's apparently the question as it turns out, isn't it? It's not really the sort of question I was expecting to ask though. 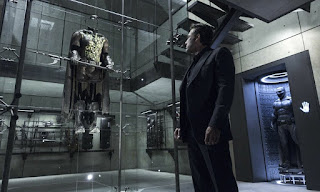 The film's very title suggests the big confrontation between Batty and Supey to be the focus of the film, and the identity of its ultimate victor should therefore be the big question on everyone's lips when discussing this film. Sadly, this epic showdown doesn't actually last all that long at all. Perhaps it's just as well in a way - as a non-reader of their comic-based adventures, it's hard to imagine how Batman would have a chance against the infinitely stronger and faster Superman anyway. Unless he were to obtain a certain green substance, but that would make their battle just as one-sided as it would've been without it, but the other way around. It isn't built up as well as one might have hoped either - events in Metropolis seem more focused on the people deciding how necessary or wanted Superman is after recent events. 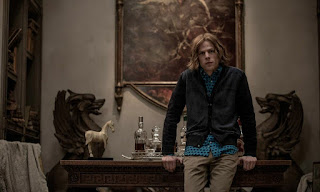 Over in Gotham, Batman's thoughts are occupied by more than just Superman too - he has been busy investigating the mysterious White Portuguese. Some of his nosing around does result in first glimpses of characters soon destined for the Justice League though, and when the big battle arrives, it also comes to a strangely-abrupt end as the two heroes realise they might have more in common than they thought. For good or ill, though, it was a bit of a let down. After placing so much focus on the big showdown leading up to its release, it really wasn't handled all that well. This was my main problem with the film but I've seen just about every aspect of it savaged by critics, whether professional reviewers or excitable social media gimps, with the opinions of the latter in particular being very passionately put across. Well, that's when you could even get them to realise they were opinions. 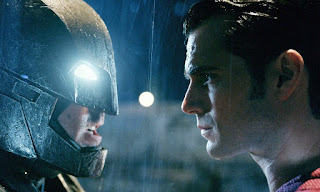 Bearing the brunt of this vehement fury has been director Zack Snyder who's been the subject of petitions and campaigns to keep him away from future DC films but, problems or not, it's hard to see how it's all his fault. Technically the film is outstanding. The special effects are plentiful as you might expect, and while not as destructive as Man of Steel (except at the start during scenes from Man of Steel!), there is still plenty of smashing and flying and rubble, and everything looks great to my eyes. Particularly cool is Batman's new armoured exoskeleton suit complete with glowy eyes, and he has also been busy building some highly conspicuous yet undeniably useful vehicles which naturally last about five minutes each. 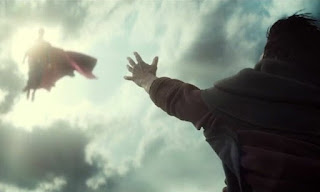 Another aspect of the film to earn significant scorn was the casting. Returning to the DCEU are Cavill, Adams, and Fishburne, and whether you liked them the first time or not, here they are pretty much the same. Cavill looks great as Superman for me but he still seems angry most of the time while Amy Adams' version of Lois remains defiant-yet-likeable and Fishburne's Perry is great. Joining them are several new characters, or new to the DCEU at least. Gal Gardot is great as a very promising Wonder Woman who, despite getting equal billing on much of the promo stuff, doesn't actually have much screen-time. It was two of the other new casting choices, however, that rankled some fans the most. I can kind of understand as far as Eisenburg is concerned too. 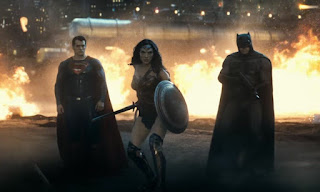 I only have got the Hackman and Spacey versions of Lex Luthor to go by but Jesse's take on the character doesn't quite fit. He is meant to be the son of the original Luthor I believe, but he still seems like too much of a wacko to me. The other controversial choice was that of Ben Affleck which, when announced, was met largely by incredulity from fans and non-fans alike. Some were so angry they swore to boycott the film, but I really don't know what the poor guy has done to earn such a reaction. He's been in his share of stinkers like most actors, but he's also appeared in some great films and even directed some. He's also put in some cracking performances over the years as well, and this turn as Bruce Wayne/Batman, as most of the angry fans soon realised, is definitely in the latter category. 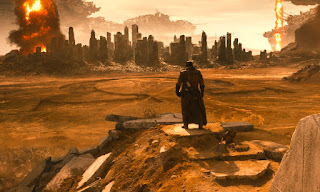 Again, I haven't read the comic-books or seen the many animated shows/films so I don't really know if his portrayal is authentic, but from what largely amounts to an outsiders perspective he is superb. He's gotten himself in great shape physically and both halves of the character are surely the darkest interpretations we've yet had on screen. It's not an origin story for him but there are some flashbacks showing this latest interpretation of certain events during his childhood. As an adult he is untrusting and distant and his alter-ego is violent, even taking to branding the hoods he roughs up with a bat symbol - a symbol that is apparently a death sentence as anyone sporting the mark is quickly offed by other hoodlums for some reason - and he even deals in death himself. 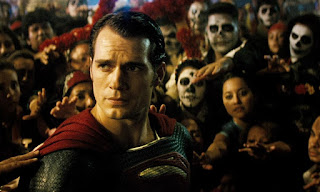 Taking over from Michael Caine as his assistant and confidante, Alfred, is Jeremy Irons and he was a perfect choice for this Batman. He doesn't necessarily agree with Bruce's increasingly aggressive methods, spending as much time grumbling as anything else, but he's always there to provide support as well. Overall though, I found the technical aspects of the film and the performances to both be pretty great, it was mainly just the misleading premise of the film I didn't like. There are other smaller problems with it but I still enjoyed watching it for the most part - much more so than I thought I would to be honest - and there are some great scenes accordingly. Superman saving Lois from an African terrorist and his resultant court appearance are memorable but this is Affleck's film if you ask me. 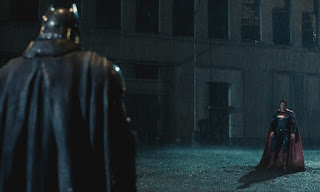 Whether as Bruce rushing through the streets, both in his car as well as on foot in the fantastic opening sequence, or in practically any of his scenes as Batman (including a slightly surreal dream sequence which I'm sure makes more sense to comic fans), he was easily the highlight of the film for me and I look forward to seeing more of him. And this is coming from someone who has never been bothered by Batman in any form. There are a fair few less thrilling scenes throughout the lengthy film as well as the good ones, of course, and whether they collectively form a tight, cohesive story is another matter entirely, but I still can't help but wonder just what about the film prompted such venom, even fury, from so many critics and fans. 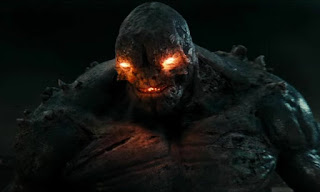 Obviously it's not perfect - there are pacing issues, some dislike the script, and it's true that one or two characters aren't given the motivation they should need - but even the generally superior Marvel films are aren't perfect and I very much enjoy them, and I enjoyed this too. Maybe not as much but at least more than Man of Steel! It's more atmospheric, it's more balanced, and it's more polished too. The musical score, for example, is put to great use; I particularly enjoyed Luthor and Wonder Woman's theme tunes! Things at least seem to be improving within the DCEU then, at least from my perspective, and that's great news. Batman vs Superman is not the masterpiece its small band of fans call it and it's not the disaster that the far more numerous critics called it either, in my opinion. It's just a pretty good, rather silly, big-budget popcorn flick.