Being something of a film fan (as well as certain types of TV shows) I noticed some time ago the surprising proliferation of actresses named Jennifer, going as far back as the 80's and perhaps beyond. I don't know too many Jennifers in real life - none, actually - so this struck me as a strange coincidence. Nonetheless, such is their prevalence I have occasionally given some thought to which of the many examples were my favourite. Behold, therefore, the fruits of my pointless musings: 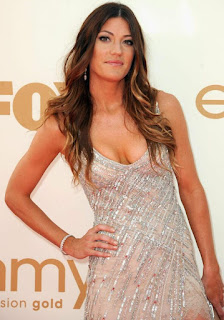 This is a Jennifer I have only recently discovered after watching Dexter all the way through, and her character of 'Deb' is easily one of the best in the show, even outshining Michael C. Hall's titular serial killer himself on numerous occasions. The talented actress brings many qualities to the character but, as fans of the show will already know very well, her most memorable moments are unquestionably thanks to her outrageous potty mouth! It's entirely possible that she's the sweariest character I've even witnessed in any TV show or film, which is quite an achievement when you think about it. Since then she has popped up here and there, mainly on the small screen and notably in the lead female role on the short-lived TV version of Limitless. Here's hoping we see more of her soon though. 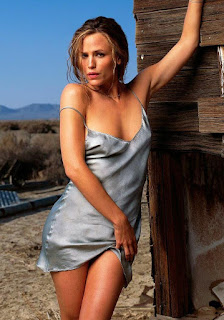 Despite being an established, well known actress since the turn of the century, Ms. Garner is another one I had little knowledge of until fairly recently. She was probably best known earlier in her career for her starring role in J. J. Abrams action-oriented espionage show Alias, but I was never interested in this for some reason. She also had roles in some films I've seen such as The Kingdom and Juno but the first time she really clicked for me was when my wife made me watch one of her favourite films, 13 Going on 30. I wasn't too keen to see it but I humoured my beloved and actually ended up enjoying it, and that was mainly thanks to Garner's superb turn as a geeky 13-year-old girl who's transformed into a 30-year-old overnight. It's a silly film of course, but a genuinely endearing performance. 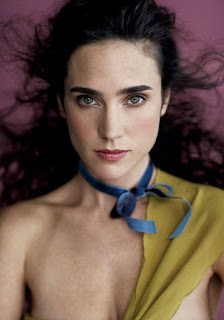 Unlike with the last two Jennifers, this is one I encountered early in her career, as many around my age did, and this was thanks to the splendid fantasy movie Labyrinth in which she starred at just 15 year's old. From later on in her teens and onward, much of the attention she received was due to her physical 'attributes' (i.e. attractive face/figure and large boobs), as we saw in films like The Hot Spot and Career Opportunities. Happily she was able to land more serious roles that better demonstrated her abilities beyond the aesthetic. These included superb performances in Requiem for a Dream, A Beautiful Mind, and House of Sand and Fog, as well as lead roles in big-budget blockbusters like Hulk and Blood Diamond. She's not finished yet either - next year we'll see her in the Top Gun sequel too! 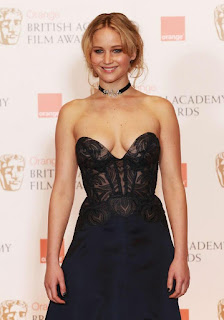 Hmmm. This Jennifer is perhaps somewhat more divisive than the rest - it seems just as many film fans dislike her as like her. I suppose I can kind of see why to a degree. Personality-wise, she's loud, boisterous, and not afraid to speak out about her views no matter how controversial they may or may not be, and there's also the over-exposure argument - she starred in 18 films between 2011 and 2016 and most of them were pretty big names too. You could be forgiven for getting tired of any actor/actress when you see that much of them. On the other hand though, only her more irrational detractors would dismiss her talents which are considerable. She is attractive, charismatic, and can hold the screen like few others. A rare type of actress who can raise the calibre of a film just by being in it. 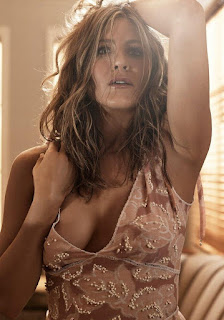 Yes that's right! Though perhaps not universally adored, it's still hard to look past Ms. Aniston for the title of Top Jennifer. I encountered her just a few years after (probably) everyone else, in Friends, unsurprisingly, which I started watching around the fourth or fifth season. It had soon became one of my favourite shows, which I was not expecting as I generally don't like sitcoms. A big part of the reason for its appeal was Ms. Aniston. All of the main cast were great but there was a certain something else which made her stand out, and that's not even counting (though certainly not ignoring) her permanently nipply chest region. Her talents saw her become arguably the only cast member to go on to even greater success afterwards too. You could argue that many of her films aren't that great but there are still a lot of them and we will undoubtedly be seeing a lot more of her too...

Honourable Mentions:
Jennifer Love Hewitt... (more famous for her skimpy outfits and sizeable boobs than her acting abilities, some might say, but she definitely has a certain appeal); Jennifer Lopez... (I've never heard her music and I have seldom seen her famous 'curvy' arse, but she is superb in Steven Soderbergh's splendid Out of Sight); Jennifer Jason Leigh... (probably most famous in the 80's, but it's 1994's Hudsucker Proxy that is my favourite performance of hers)