Oh, hello there, how's stuff 'n' junk? As mentioned in my 'why I haven't posted much lately' post, I have recently enjoyed a spectacular holiday driving around California visiting various cities and National Parks alike. There were of course many highlights but few relevant to the usual content of this blog. One, however, was very relevant, and I didn't discover its existence until mid-way through my second-to-last day of the trip when a friend I had met up with who lives in (or near) San Francisco. 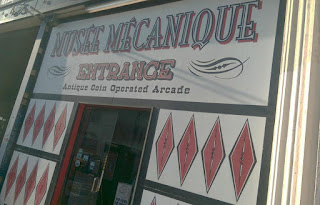 The magical place in question was the Musée Mécanique, located at Fisherman’s Wharf in the north of San Francisco, and it's a museum of coin-operated arcade games. While the machines on display do include classic video games like Galaxians, Robotron, Phoenix, etc, the museum is perhaps even more noteworthy for its collection of antique electro-mechanical arcade games, and the best part is that all the machines have been lovingly restored and are fully playable too! Some of these date back as far as the 1920's, amazingly, and range right up to the 70's where of course the electronic games we know today were born (yes, okay, I know Spacewar was earlier), and they were absolutely fascinating to behold.

More information, including the story of the museum's origin and photos of many of the machines on display can be seen at the official website and it was remarkable just to wander around the place looking at the machines. Some of them were just attractions rather than games, such as 'The Carnival' and 'Mechanical Farm', which are rather sizeable things featuring nice hand-crafted figures and devices just going about their business, as they have (presumably) done for decades. 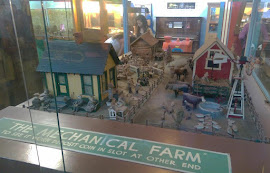 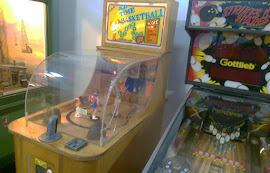 Similarly, there are also musical machines like 'The Mechanical Piano' and 'Wurlitzer Orchestrion', while others such as the the 'Sex Appeal Meter' and 'Arm Wrestling' are fun, novelty machines offering quick thrills, but also interesting to me were the early attempts at actual games. One appealing example is called 'Bulldozer' which charges you with pushing balls around with the titular vehicle, and there was also a neat mechanical boxing game, but there was one machine that really caught my eye.

This was called Road Racer and, having been released by Williams way back in 1962, must surely be one of the first ever driving games! It's apparently a "realistic test of true driving skills" and features a rotating drum with a meandering road painted on it. The object is simply to keep your little red car on it, with a successful 'lap' being rewarded with bonus points (as well as a loud bell sound). I'm not sure it lives up to Williams' billing (see the awesome flyer below!) but it's good fun (there's a great feature on the game here if you want more pics and information). 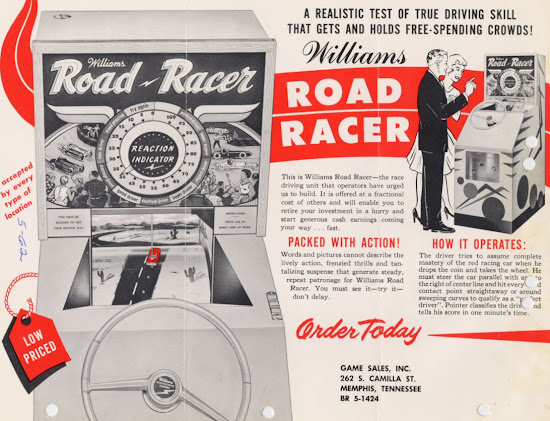 It really was a fascinating experience taking in these amazingly-restored machines. I'd seen a handful of them somewhere before but most were new to my eyes. Some of them were really bizarre too, making me wonder who on earth dreamed them up (buffalo stare-down, anyone?) but, aside from regular games of the ultra-addictive Skeeball (like bowling but with a ramp and targets at the end), I couldn't resist the bleepy-bloopy lure of those newfangled electronic 'video games' much longer.

Luckily there was a splendid choice - so much so I didn't even know where to start! That was until I noticed some free credits on Cruisin' USA. I quickly remembered that it's not actually very good though, and moved on, but to what? Happily, my options included some games I'd never played before (in their native environment, at least). As I've mentioned in my 'Arcade Classics' posts, I simply never encountered some of the all-time greats, so I was never able to experience them as so many others have. This awesome museum now offered me a belated chance to rectify that. 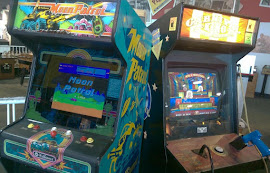 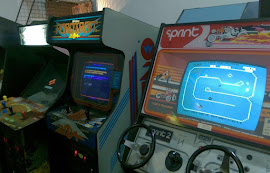 This post is actually getting rather long now so I'll look at the main titles I played in a separate post, but suffice to say, my choices were broad. The first machine I saw upon walking into the museum was Pole Position, but this, along with an actual Pong machine, Moon Patrol, a Ms. Pac-Man cocktail cab, and a couple of light-gun games, were separate from the main group of machines at the far end of the building, so it was here I headed, and I found some real delights.

The classics were indeed well represented and included Robotron, Galaxians, Star Wars, Phoenix, Centipede, Millipede, a rare sit-down Monaco GP cab (the CPU-less version released in 1979), an even rarer Death Race cab, and even a two-player version of the original Sprint - a particular highlight for me - and many others. Newer games were also represented, albeit somewhat more sparingly, and included X-Men vs Street Fighter, NFL Blitz, Sunset Riders, Metal Slug 6, a multi-slot Neo Geo cab, sit-down versions of Cruisin' USA and Cruisin' Exotica, as well as a few light-gun games in the form of Silent Scope 2, Area 51, Aliens Extermination, and others.

As you might imagine, this amazing selection of coin-op history is a wonderful place for an oaf like me to spend the afternoon, and made for a fantastic (and somewhat unexpected) end to a fantastic holiday, even if I didn't discover it until the last day! Of course, it goes without saying, if you live in San Francisco or within a remotely visit-able area, the Musée Mécanique, as hosted by its friendly founder, Edward Zelinsky, could not come any more highly recommended.

Anyway, enough burbling from me, but look out for my next post about this amazing museum where, as mentioned, I'll take a closer look at some of the games I played. I may even upload lots of other pics at some point too! :) 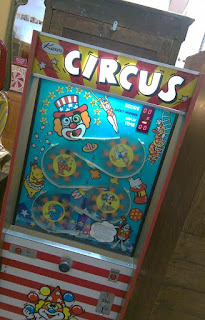 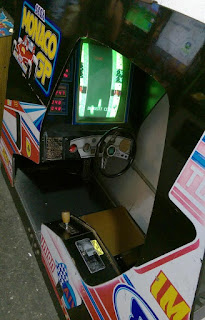