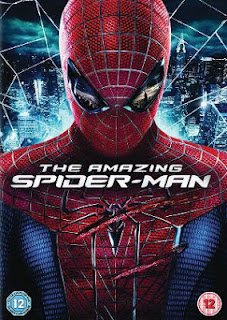 It doesn’t seem so long ago I watched Spider-Man 3 and, despite it being arguably the weakest of the series so far, it still left me eagerly awaiting the inevitable Spider-Man 4. It was soon duly announced and I was happy. Then, however, I heard all sorts of stories about cast and crew members pulling out of the project. Then, the next time I checked on its progress it had a new name, a new star, and a new director. Not only that but they were also calling it a 'reboot' of the series! How can such a recent and successful series be rebooted already? That's a question I found myself asking repeatedly, but whatever the real reasons behind it are, the result is 'The Amazing Spider-Man' which is supposedly very splendid. Being a fan of the previous series though, I was still rather sceptical. 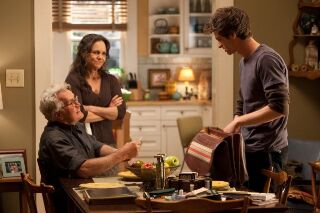 As well as being a reboot, this Spidey tale is another 'origin story' as well which means when we first meet Peter Parker (Garfield), he's a similar kind of reserved, unpopular school nerd to the one we met in 2002. He carries a camera everywhere and of course has a very keen interest in science, but about the only student that seems to know his name is Flash (Zylka), the school's head jock/bully. This all soon changes when he find an old briefcase of his father's containing a photo and some documents which leads him to Oscorp and, more specifically, to Dr. Curt Connors (Ifans), a scientist who his father had worked with on cross-species genetics. It's here, while pretending to be an intern but instead snooping around, that he has an encounter with a genetically-modified spider, the effects of which are felt quickly. 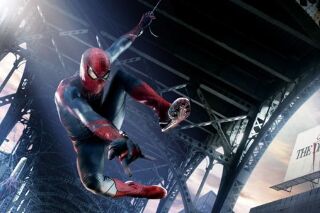 That's the basic set-up anyway, but I'm sure we all know the story by now - nerdy kid gains newfound confidence, popularity etc by way of increased agility, strength, and various spidery ninja skills which are soon used to combat the apparently never-ending wave of criminals which, coincidentally, happens to include a wave of similarly freakish evil-doers who start appearing around the same time. Amidst this chaotic and stressful lifestyle he also manages to find time to pursue a love interest, in this case much crushed-upon schoolmate, Gwen Stacy (Stone). It all follows a familiar and well-worn template but there are also a few differences as you would expect. Firstly, there's no Mary Jane Watson, no Norman Osborne (he's referred to a few times but never seen), and in Dr. Curt Connors we have a new 'bad guy' as well who becomes the mighty 'Lizard'. By accident of course. 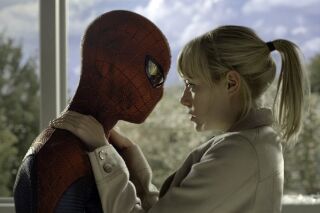 The big question I had before watching this film, however, was the casting. I felt that much of it was close to perfect in the previous series, particularly Tobey Maguire as Peter and Rosemary Harris as Aunt May, and accordingly I had trouble accepting the new actors in these roles. Try and remove the older films from your mind though (at least temporarily), and it's hard to find too many faults with the acting here. Garfield, while at times seeming like a bit of a cocky, annoying dick, eventually won me over, and Sheen as Uncle Ben and Ifans as Dr. Connors are particular highlights, while Stone, previously only known to me from Superbad, is a delight in each of her scenes. Director, Marc Webb, also does a decent job, although it's quite clear from several 'Spidey-cam' views of his aerial antics that he wanted to (or was asked to) pander to the current trend of making films 3D-friendly. 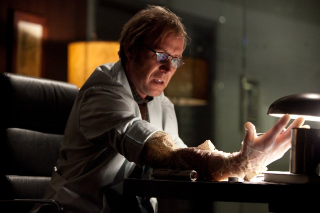 These swoopy aerial shots seemed a bit out of place to me - an argument often levelled at scenes purely intended to emphasise the third dimension - but the visual style is otherwise superb and includes some fantastic special effects, my favourite being a high-school rumble between Spidey and Lizard (which includes a Stan Lee cameo). Overall, while I remain unsure of how necessary a 'reboot' actually was, it has resulted in a slightly more mature, less comic-bookish film than Sam Raimi's effort. I still think Tobey Maguire made a better Peter Parker - Andrew Garfield is a decent actor, as I recently saw in the splendid 'The Social Network', but he just doesn't seem... nerdish enough for me. Still, it's not his fault and least he has a new (and fearsome) bad guy to face off against rather then a new version of one from a previous film. After some initial misgivings, The Amazing Spider-Man is another highly entertaining effort from Marvel Entertainment. Bring on the sequel!