Hooray, the weekend is here again! Things have pretty chaotic in RKS Land of late, what with Christmas, New Year, and some friends who have been staying with us for the last few weeks. Their company has been splendid but sadly they are leaving this weekend. The upshot of this is more free time to spend bumbling around playing old games and writing stuff about them here! Before normal service is resumed though, there's this list of my favourite films to finish off. Here's the penultimate selection: 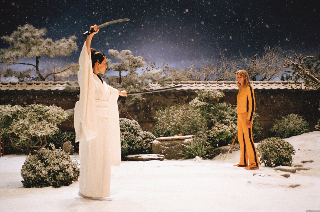 After an explosive start to his career, Tarantino had already impressed his own unique style of film-making upon the world when Kill Bill arrived and rewrote the rules even quicker! Making a 'roaring rampage of revenge' is hardly an original concept but letting this particular director loose in near enough any genre is likely to yield some interesting results, and so it was here from the moment we met 'The Bride' - on her back, pregnant, beaten... and shot in the head. The assailants are of course unseen and introduced one by one over the course of the film(s) along with some of their respective cronies, all of whom end up on the receiving end of The Bride's Blade of Justice. No, it's not a terribly realistic film but who cares when it's done as stylishly as this? I get the impression this is almost exactly the film QT was inventing in his head as he worked shift after shift in his pre-director career as a video store clerk and the result is a nerdgasm of epic proportions, but it's also an absolute riot! 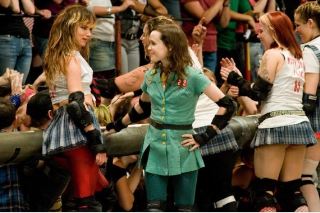 This was a film selected by my lovely wife in a 'three for £20' type deal in Sao Paulo. I knew nothing of it besides the fact that it was the directorial début of Drew Barrymore and it starred the super-cute Ellen Page so I had no idea what to expect. Initial impressions weren't hugely encouraging as we alternated between our hero's waitress job and the beauty pageants her overbearing mother forces her to enter, but things soon take a turn for the better when she (accidentally) discovers the world of 'roller derby' - teams of girlies racing each other around a banked skating circuit! New friendships as well as rivalries are soon formed amidst the frequently violent competitions as 'Babe Ruthless' tries to help her team to the championship. It's a fairly predictable couple of hours but some immensely likeable main characters and a fantastic soundtrack help make this unusual film a highly memorable one and hugely entertaining, although it doesn't take much to persuade me to watch Ms. Page! (full review here) 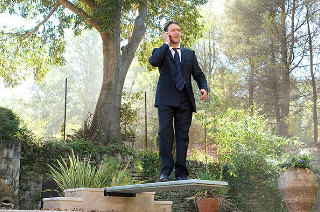 This will almost certainly prove to be the least popular film on my list and I can understand that but I don't really care I'm afraid! Despite coming via Ridley Scott and again starring Russell Crowe with Marion Cotillard on eye-candy duties, A Good Year was greeted by a very mediocre reaction from critics and fans alike so it was a while before I took a chance on it and... I really liked it! Mr. Crowe plays a ruthless and unethical London-based investment trader who is bequeathed a wine-making estate and château in Provence, southern France, by his uncle with whom he spent his childhood summers. He rushes to France with the intention of selling the estate for a tidy sum but, predictably, slowly grows more and more attached to the area. It's not really a remarkable film in any way but I still enjoy it immensely every time. Maybe it's the gorgeous scenery but, whatever it is that appeals to me, A Good Year is a relaxing and leisurely film that gives my eyes and ears a real treat. 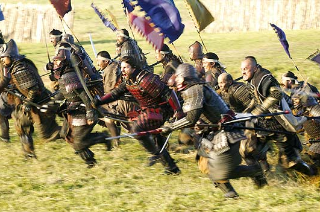 I've often wondered why Tom Cruise seems to be so disliked by the general public. Maybe it's the Scientology, maybe it's just jealously. I personally couldn't give a toss about his private life, it's his films I'm interested in and many of them are very good! My favourite of them all is this one which may be built on a familiar premise - imprisoned soldier gradually 'converts' to the side of his 'enemy' - but it's set in a world I find interesting (Japan, 130-odd years ago), and its quality is exceptional in every way. The casting is fantastic, both Western and Japanese actors, and Cruise is particularly excellent as an American soldier captured and held by the rebellious band of samurai he was supposed to be putting down. The scenery is breathtaking and the idyllic samurai way of life is made to look mighty appealing whether that be a chaotic battle or simply strolling through the hills. A rousing Hans Zimmer soundtrack is the icing on the cake of this wonderful and atmospheric period epic. 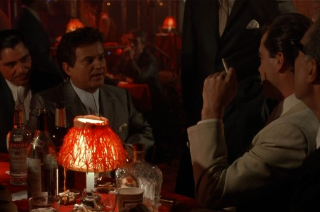 The greatest gangster film of all time? I guess many would pick The Godfather but surely even the greatest fans of Coppola's classic would agree that Martin Scorsese's best offering isn't far behind? I personally prefer it. Perhaps that's down to the shocking opening. Maybe its the near-perfect casting, including arguably career-best efforts from all four of the main stars. It could also be because it's based on a true story, as accounted by the very 'heroes' of the film. However, I think the most appealing thing about Goodfellas is how appealing it makes 'the life' look. Part of this is no doubt down to the fine acting, direction, soundtrack, and everything else, but the story is a fascinating one too. Ray Liotta narrates Henry Hill's words and one of his first lines is "As far back as I can remember, I always wanted to be a gangster". If life in the Lucchese family was this glamorous in the 60's and 70's, who wouldn't? (Top Five Moments here)


That's it for today but if you're intrigued as to the other films included in the list, come back soon for the last five in the next post!
Posted by RetroKingSimon at 16:48