Hello there, I hope you're all enjoying the new year as much as I am so far! This upbeat attitude may have disappeared by next week as I'm still on festive leave from work... for a few more days. Until then, however, I'll continue to spend my free time as I have for the last few days - watching lots of films! Even more than usual in fact, with this series of posts in mind, obviously. To that end, here are my next selections: 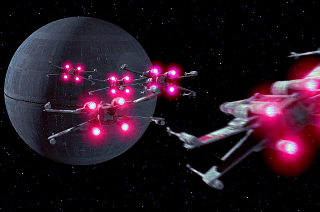 Much like the LOTR films in the last post, I tend to regard the Star Wars films collectively as 'old trilogy' and 'new trilogy' and, without getting into another lengthy 'old vs new' debate, it's definitely that of the former I'm including here. And how could anyone around my age not count these films among their favourites? I watched the copies my dad had recorded from the TV probably a hundred times during my youth and never got bored of them. Thinking about it, it's hard to really pinpoint what makes their appeal so enduring; I suppose they just have a perfect blend of spacey action, adventure, comedy, fantasy, and drama, not to mention a hot babe! If I had to pick a favourite of the three, I'd probably go for Return of the Jedi (no, not just because of scantily-clad Leia, although that doesn't hurt), but all three of the original trilogy were and remain tremendously enjoyable no matter how many times I see them. 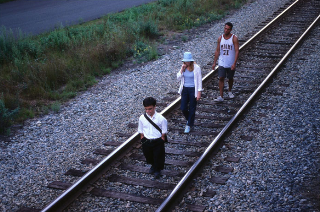 This is another film I've already reviewed in full here. While this in itself isn't unusual, what is a bit more unusual is that it's the only film I've ever awarded a 'Perfect Ten' score. I suppose little more information is required in order to convey how much I like it but sadly I think I may be alone in my appreciation of Tom McCarthy's début feature. It was made with a tiny budget, even by indie standards, and features few actors, but I found this tale of Peter Dinklage as a "simple, boring person" who just wants to be left alone touching in a way that so few films are. Maybe it's because I can relate to it, who knows? All I do know for sure is that I'm rarely calmer or more content when watching a film than when I'm watching this one. Dinklage's run as Tyrion Lannister in Game of Thrones has earned him a good few new fans so hopefully a few of them will discover this fantastic gem as a result. (full review here) 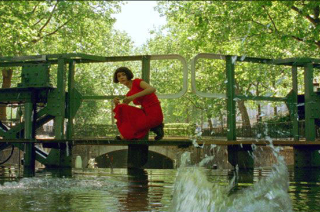 You know, I really can't recall what initially drew me to this film. I think it may have been Audrey Tautou's smiling pixie-like face on all the advertisements, but whatever it was I remain very pleased it happened, for it's not only a wonderful film but also impressed me sufficiently to investigate Jean Pierre Jeunet's other films (one of which will appear later in this feature) and also served as my launchpad into 'world cinema' generally! I'd seen a few foreign language films before but none quite like this story of the shy, reserved waitress of the title who initially tries to anonymously help improve the lives of those around her before finally finding the opportunity to improve her own as well. It may not represent a wholly realistic portrayal of Parisian life but it's still a unique and immensely charming film thanks to a thoroughly delightful central performance from the intoxicating Tautou and memorable score by Yann Tiersen. I like this film so much I even sought out the cafe that Amelie works in and had a meal there for real! 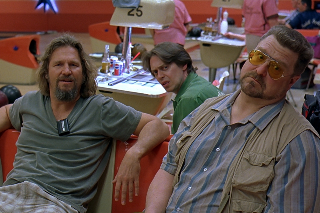 Ah, the Coen Brothers... There had to be at least one of their films here, didn't there, but which? Well, as much as I hate to 'conform', it's the adventures of the The Dude, the "laziest man in Los Angeles", that I find the most... entertaining I guess, but also the most rewatchable entry in their mighty impressive filmography. Like most of their films, it would be tricky to try explaining it to an outsider but once you start watching it's impossible to stop thanks to top performances from Jeff Bridges and John Goodman, numerous smaller but equally memorable roles, and a more comedic but typically evolving plot involving mistaken identity, a soiled rug, a possible kidnapping, some German nihilists, a severed toe, and lots of bowling, all of which combine to form a riotous film with some unforgettable scenes ("MARK IT ZERO!") amidst El Duderino's escalating troubles! Films of this quality transcend personal taste. 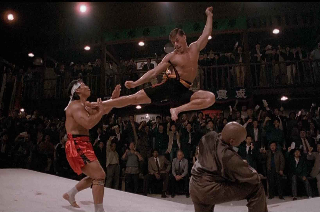 This wasn't the first martial arts film I got into - that honour is held by an earlier Van Damme film - but it was the first one that you might call remotely good and even slightly realistic! It's based on the supposedly true story of Frank Dux and his invitation to participate in a 'best of the best' full contact tournament in China where he of course makes some friends as well as enemies on his way to a dramatic confrontation with the evil reigning champion. Unlike the last film on this list, it's not a complicated story and doesn't exactly leave you guessing as to the outcome, but I could still never get enough of it. So much so, in fact, that every time I watched it (which was a lot when I was younger!), I swore I'd learn karate so I could do all these whirly kicks and smack up stupid people too! I never did, obviously, but it's a testament to the exciting and inspirational nature of the film that it made me want to. Whether it's a true story or not, it's still a cracking 90 minutes of chop-socky action that entertains me as much today as it ever did.


That's it for today but if you're intrigued as to the other films included in the list, come back soon for another five!
Posted by RetroKingSimon at 20:53