Anthropomorphic animals have long been as common as humans in the vast world of cartoons, perhaps even more so, and the most common types must surely be cats and dogs. I've already taken a look at my favourite cartoon dogs here at Red Parsley (and longer ago than I realised too!), however, so it's now time to look at the best feline examples from this dying medium: 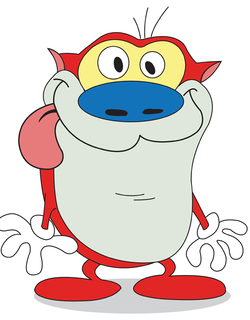 Lets face it - there are very few occasions when stupidity is not funny, and that's the main reason for Stimpy's appeal. Stimpson J. Cat, as he is more formally known, is best friends with psychotic chihuahua, Ren, but he's also porky and stupid which often sees him on the receiving end of Ren's abuse. He doesn't seem to mind though, and is rarely seen without his stupefying smile and tongue hanging out! As I mentioned before, I was never sure if I was a fan of Ren & Stimpy or not due to its inconsistent quality (in my opinion) but my favourite thing about the show was always Stimpy. He may be an 'eeeediot' but his stupidity is a source of much amusement, and his blissfully ignorant, easy to please nature, and energetic voice also make him endearing. 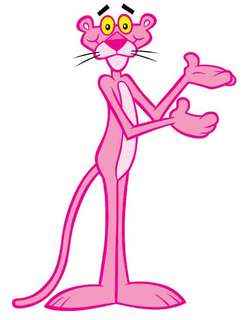 I'd seen this peculiar character on and off for much of my childhood without really knowing too much about him but, as it turned out, his first appearances were during the credits of the live action Pink Panther films starring Peter Sellers. I still haven't actually seen any of these (they were rather before my time but I suppose that's not really an excuse) but apparently the feline's appearances soon proved popular enough that he was given his own show! In most of these short episodes he was silent which meant the humour was entirely of a visual nature - usually involving Mr. Panther's convoluted attempts to do something seemingly simple. Sadly, as far as I can tell he's disappeared from TV screens these days, but luckily for me his antics are still easily watchable thanks to the DVD boxset I bought a few years back. Hooray! 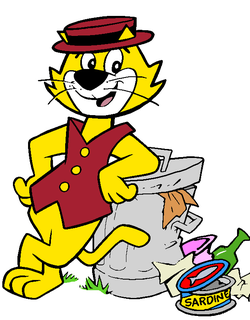 Much like the Pink Panther, I'm sure I recall seeing Top Cat and his show for years when I was younger which makes it all the more surprising to discover, upon looking into it for this feature, that he only ever appeared in thirty episodes. It's even more surprising to find that they were made as long ago as 1961-62. I guess even with nine lives, poor old T.C. probably isn't around these days! If he was, though, I'm sure he'd be hanging around the 'trashcan' he calls a home in the Manhattan alleyway he shares with his old friends who I'm amused to find are called Fancy-Fancy, Spook, Benny the Ball, Brain, and Choo Choo. Definitely not his friend is the local cop, Officer Dibble, who always does his best to foil their antics. Harumph, I've made myself all nostalgic now, I must see if I can get a Top Cat boxset too! 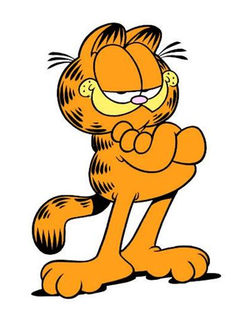 I believe it was actually my dad who first introduced me to this porky orange housecat and his tomfoolery by way of the half-hour animated special, Here Comes Garfield, in which the uncharacteristically-heroic tabby ventures to the dog pound to rescue his friend and housemate, Odie. I also inherited lots of books featuring short Garfield comic strips which were enjoyed many times over the years. I think I still have them in a box somewhere, actually. Whatever form his lazy, lasagne-munching antics take, though, they rarely fail to amuse and entertain. Plus, unlike the other cats featured so far, new Garfield materials are still being published today as well. I'm also pleased to say that I've been actively avoiding the CG films so my memories have not been tarnished by their alleged foulness either. 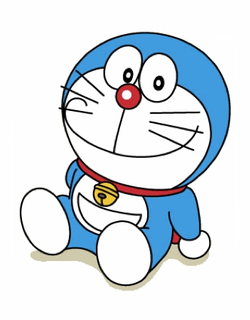 That's right! No other cat comes close to toppling the mighty Doraemon as Lord of All Animated Felines! He's not your typical cat though. He's a robotic example for one thing, who's travelled back in time from the 22nd century to help lazy schoolboy, Nobita Nobi, to keep his future on track. Well, that was the plan anyway, but the pair of them usually just end up causing mischief together. Much of this comes as a result of the various futuristic gadgets which come Doraemon's magical 4th dimensional pocket in his chest! None of these un-feline-like characteristics are nearly enough to displace him from the top spot here though. His many short cartoons, films, video games, and stacks of merchandise have been entertaining Far Eastern fans for decades now and he's still going strong. How many other cartoon characters have been appointed as 'Cultural
Ambassador' for their country?