Nintendo's mighty 64-bit monster was a fabulous console to be sure but if you asked the average gamer what their enduring memory of it was, most probably wouldn't mention racing games. I'd say that was testament to the fantastic standard of its first party games, as well as Rare's superb efforts, rather than any particular lack of quality in that area though. Indeed there are some great examples to be found once you stop fannying around with Mario and Zelda, many of which can only be found on Nintendo's machine. To that end, here are, in my opinion, the best ones to try: 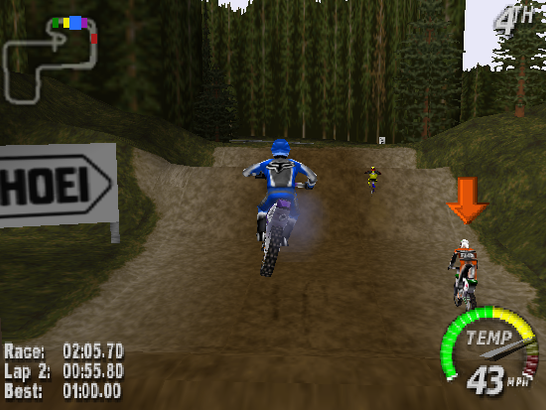 Nintendo's decision to do a follow-up to their classic NES title was a surprising one, especially so late in the N64's life, but it was also one with a lot of potential. It continues the motocross theme of the first game, although more realistically this time, obviously, and features tonnes of mostly off-road courses packed with various hazards and obstacles as well as millions of jumps as you would expect. The controls take a bit of getting used to - some of the bikes are a bit temperamental, for example, and the going can be rather slow and frustrating at times, but the courses are interesting enough and the racing exciting enough that I still enjoyed this one a lot. I missed this game the first time around (I was excitedly stroking my Dreamcast at the time) but I'm glad to have played it now. It's not perfect but is good fun, especially with multiple players, and is very addictive too. 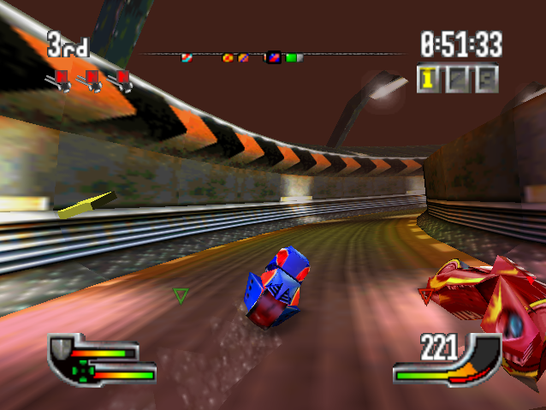 For some reason this is one I never played at the time it came out. I'm really not sure why as it was well received and is a type of game I like, but anyway, now I have spent a good deal of time playing it and the main impression it's left on me is its speeeeeed! Indeed, like many other futuristic racers, Extreme-G has all the usual play modes such as arcade, championship, multi-player, etc, but hurls you through them on your 'space bike' at a hell of a pace. It almost seems a bit too fast at times actually, as you get little time to react to things like barriers and split-roads when you're still learning the circuits. They aren't too difficult though, and the game isn't overly harsh on mistakes which is great. This definitely isn't in the same league as F-Zero X (what is?) but it's not a bad alternative if you ask me. 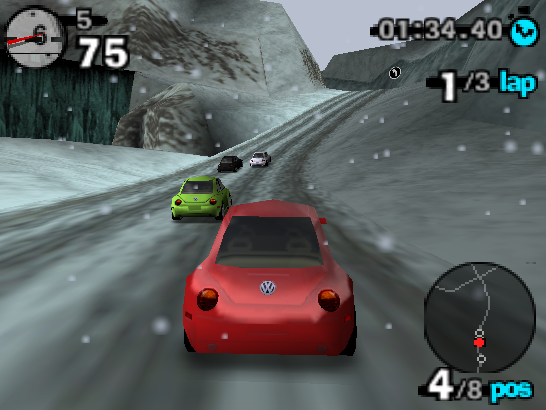 As popular as the Beetle might be, it's definitely not the 'coolest' car in the world as far as motor racing is concerned. Paradigm therefore concentrated on the characteristic that it is best know for - fun! Their game accordingly features a few varieties of the bulbous car and even the top-end examples don't have massively exaggerated specs. The long courses, however, are based in varied, unusual locations, and are packed with short-cuts and features such as bonus boxes and nitros which, when combined with the crisp, scenic graphics and flawless controls, makes this a far more lively and entertaining game than most of its supercar-laden contemporaries. The weak audio is about the only disappointing aspect of this under-appreciated gem. I suppose it's a bit ironic that the best car-based racing game on the N64 is one featuring a car like this but I'm not complaining when it's so much fun! (full review here) 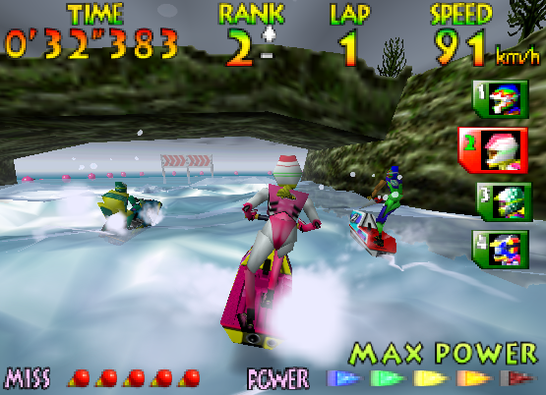 Released during the brief craze for jet-ski games in the mid-90's (most were arcade based), Nintendo's effort was one of the first games released for its flashy new console and was also the first game that really showed what it was capable of too. This was mainly due to the remarkable water effects which, as well as looking superb with their wibbly, undulating splooshiness, also knocked your racer about all over the place so realistically that the only thing missing is the spray in your face! The slalom-based action requires you to steer around a series of buoys as you jostle for position with the other racers and it's enormous fun thanks to the precision controls, attractive and memorable courses, wonderful summery music, and simple-yet-challenging and addictive racing action. There are still few games of any kind that I've enjoyed playing as much as this one but as far as water-based games come, nothing is even close. (full review here) 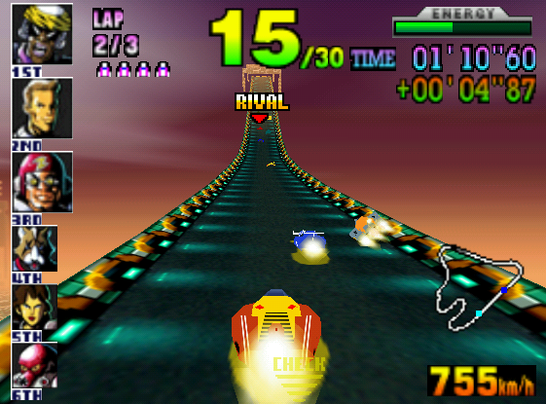 Boom! I bet you didn't expect that! Actually, even if you're new here and don't already know of my near worship of this amazing game, you should still have expected it to top this list if you're a gamer of any standing whatsoever. How could it not? Nintendo's talented coders chose to sacrifice graphical detail in favour of insane speed and 60 fps smoothness and the result is nothing short of an eye-melting adrenaline rush of a game. This would still be a superficial novelty without a solid actual game though, of course, and Nintendo didn't disappoint there either, offering masses of customisable vehicles and tonnes of crazy twisty-turny-loopy courses to master, lots of competitions and play modes, and super-precise and responsive controls, all topped off with a perfect difficulty curve and fantastic AI making the purest actual racing game I've ever played. Not just the greatest racing game on the N64 but the greatest one on any format. (full review here)

Special Note: before anyone starts burbling on about Mario Kart or Diddy Kong Racing, it's probably worth pointing out that I intend to do a separate Top Five for kart racers another time :)