In the early days of Red Parsley I was excitedly rustling up these lists left right and centre with the intention of making revised lists after a few years once I had played more games of the appropriate type. Sensible enough, I thought, as the lists provoke discussion and also motivate me to find and play more games I've not found time for before. This particular list, however, is one I've long been a little wary of. The NES is known as a platforming powerhouse (amongst other things) after all.

This is mainly thanks to a certain moustached plumber, of course, but, as I've found while 'researching' this list, he doesn't really have a huge amount of competition. I expected to be inundated with dozens of quality examples; I thought it would be really tough to narrow the list down to five; but it hasn't actually been very tough at all. It's true that I tend to disregard certain titles - Metroid and the Castlevania games, for example, which I class more as 'arcade adventures' than platformers, and stuff like Contra are more run 'n' gunners, as are the Mega Man games, some might say, but I'm afraid I found them far too annoying to include anyway.

I played numerous other examples, too, and wasn't overly enamoured by many of them, quite honestly, but I did eventually find five examples I liked and settled on the list below. Maybe there are still some hidden gems out there, though, lying in dark, dusty corners known only to the handful of fans that have stumbled upon them, so I'm still sticking to that disclaimer for the time being! 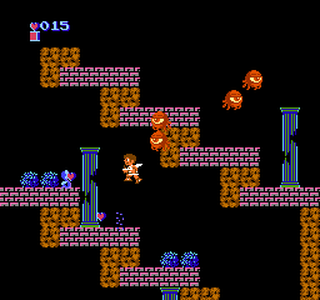 The oldest of the games on the list and long known as an NES classic, Kid Icarus is a game I first played a few years ago during an 'Exploring' post here at RP. Revisiting it for this post confirms my opinion of it too - it's good but very tough! It consists of three worlds known as Underworld, Surface World, and Sky World, each of which is divided into three side-viewed stages, some of which scroll vertically and others horizontally. It's definitely not among the flashiest games on the system but the graphics are quite appealing, the music is great (if a tad repetitive), and the action is very addictive. It's renowned as a highly frustrating game and it is rather unforgiving but it's also one of those games where the second you die you're immediately convinced you can do better next time, and it's often the case too. I'm not sure it's the kind of game I'll ever be able to breeze through in an hour but it is the kind that I'll keep trying. 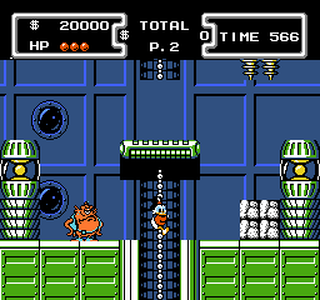 I already knew this title pretty well as it was one of the better known NES games here in the UK and was heavily featured in magazines of the day, but I didn't actually play it until a lot more recently. My first impressions of it weren't too great though, to be honest. It seemed very difficult and the mechanic for killing the many enemies was a bit clunky for my tastes. Eventually I realised, however, that you can simply bounce around almost indefinitely on Scrooge McDuck's cane, much like a pogo stick, and this made the going much easier as well as faster. It's still a toughie though, with unforgiving collision-detection and no restart points making the going more than a little frustrating. It's definitely a game that rewards practise, though, and the compulsion to explore the stages is strong thanks to great design and lots of varied areas and secrets dotted around them. Top that off with great graphics and nice music and you've got a challenging but addictive, enjoyable, and even quite original platform romp. 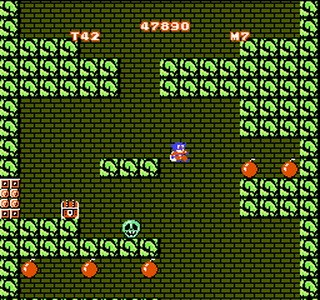 I've always been a big fan of Bomb Jack and his grand bomb-collecting exploits so I was mystified as well as pleased to discover there was an NES exclusive sequel (of sorts) that I'd never even played. Unlike the original, and indeed the other sequels, this adventure consists of scrolling stages as opposed to single-screen examples. There are sixteen of them altogether which, like Kid Icarus above, include both horizontal and vertical stages. The object is the same though - collect all the bombs - and the types of enemies are similar too, but there is more to do here. There are bonus rooms, secret rooms, and lots of collectibles, most of which are housed in the many treasure chests that dot the landscape. The larger size of the stages means play isn't as hectic or fast-paced as the original so sessions last much longer and it's still a lot of fun to play. It wasn't particularly well received by critics at the time and as far as I can tell it doesn't have a tremendous number of fans either, but I really like it. (full review here) 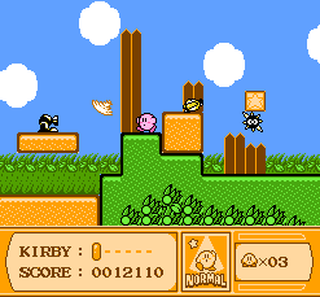 This is another one I played for the first time as part of the extensive 'Exploring' feature in years past. I had long been keen to play a game starring the bloated pink pillow too, and this one looked superb straight away. Kirby himself is certainly an endearing fellow after all, and the chunky, colourful world which he inhabits looks really nice too. It features lots of stages and bosses spread over seven worlds which Kirby must conquer all of to secure the 'Star Rod' which was stolen by King Dedede and broken into many pieces. As usual, though, this is just an excuse for a happy, leapy platform adventure, and it really is a rather spiffy one! Its most interesting aspect is thanks to Kirby himself who is able to 'inhale' his enemies. He is then able to spit them out, damaging any others they hit, or swallow them (oo-er), inheriting their abilities in some cases. It's a nice idea and Kirby is a great character. His first game may have been released a little late to really take the gaming world by storm but it's certainly good enough. 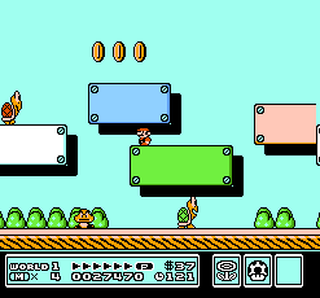 A rather obvious choice, perhaps, but could there really be another? Due to my anti-NES stance in its day, I didn't play this until I got Super Mario All-Stars for my SNES. Even though this was after I had played (and finished) Super Mario World, I quickly realised what I'd been missing out on. The games have much in common too - both feature a splendid world map, both feature a ton of stages which can be accessed from said map (almost a hundred, in fact), and they both feature new power-ups for Mario as well, in this case the 'Raccoon Suit' and 'Frog Suit' to name some favourites, but everything about this game just oozes class and brilliance from every pore - its graphics, music, stage design, variety, secrets... it really is a class above all other NES platformers. It's no exaggeration to call this one of the finest such games of all-time so it goes without saying that it's easily the best example on the Nintendo's wonderful old system.

Special Note: Yes, it's true that the first and second SMB games are more than worthy of featuring here too, but I figured it was only fair to limit Mario to just the one slot...