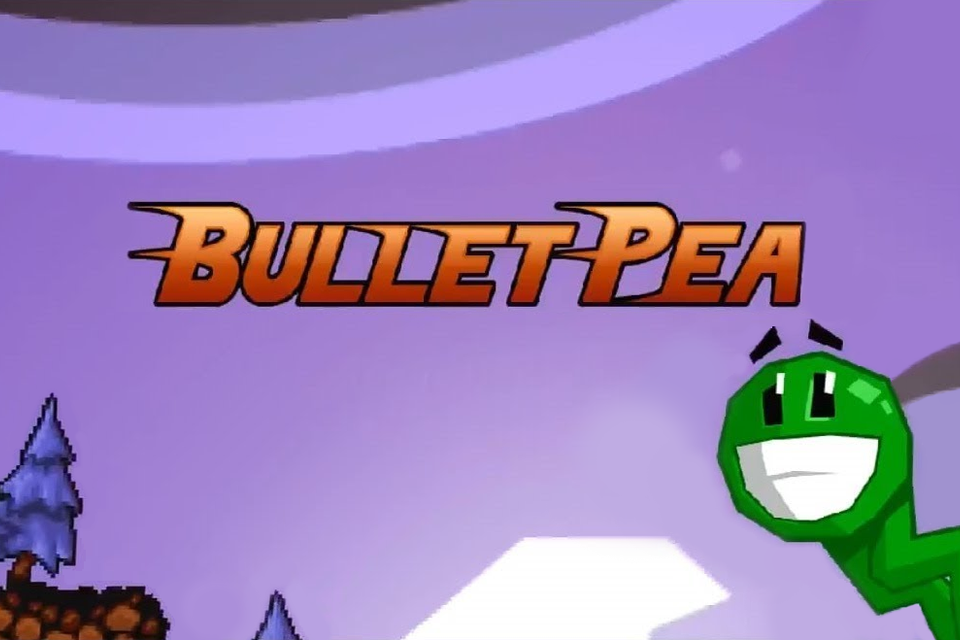 I have tried playing a few platform games on my phone over the years and they are rarely enjoyable. As is often the case with such games, this is usually down to the pesky controls, so I wasn't particularly optimistic about Bullet Pea when I first discovered it. Its crisp, Amiga-esque graphics persuaded me to take the risk though, and it quickly turned out to be a rather interesting game. How could any game not be, starring a sentient, bipedal pea? Further research reveals that this pea, who shall be known as Mike for the purposes of this review, was formerly a constituent part of Professor Peabrain's dinner but, upon seeing him transform into the 'unspeakable megalomaniac', Doctor Thunder, opted to abruptly evolve, growing legs (and a face) in the process. 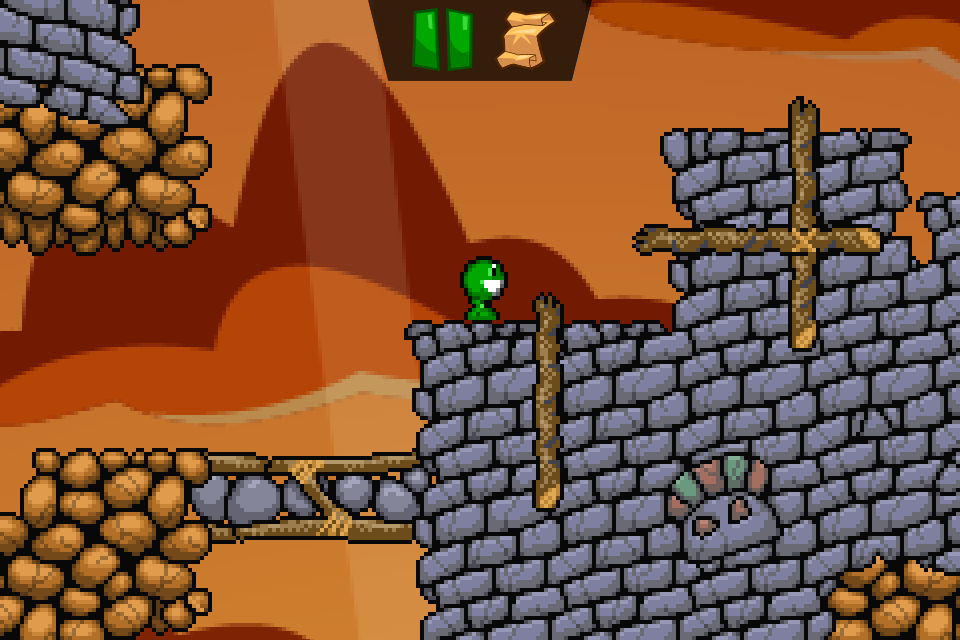 Thereon in, brave Mike resolved to thwart Doctor Thunder's evil plans by travelling through the Peruvian mountains to reverse the machine so afflicting Professor Peabrain. Actually, all the action takes place on one solitary mountain which is divided into fifteen side-scrolling stages arranged, appropriately enough, as a pyramid. They are reasonably large, roughly square in shape, and each consists of many intricately positioned platforms of all shapes and sizes. Located somewhere on these, invariably in the darkest most distant corners or hard-to-reach ledges, are three jigsaw pieces which should be collected, and there is also an ultra-handy map to be found which not only shows the stage layout but also the location of any remaining jigsaw pieces. 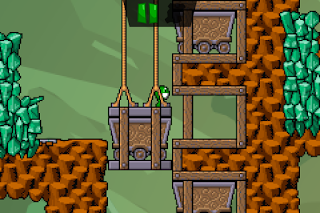 There are two difficulties available from the start - Easy and Predator - but it's a good idea to try the latter at first as you can't even die on the former. The game won't last long if there's not even anything to kill you! On Predator mode there are the odd few enemy creatures lurking around - large, scary, floaty monstrosities that kill on contact. They don't move very quickly but most lives will be lost simply from jumping down onto or up into the previously-unseen abominations. Luckily the map shows their location though, so it shouldn't be too hard to avoid them - once you have it. Once a few stages have been finished here (in Predator mode) you will unlock the Chase Challenge mode; do the same here and the Time Trial mode also becomes available. 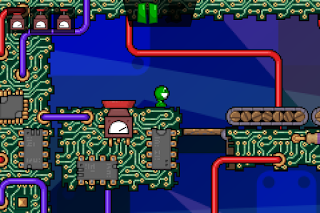 Mike's abilities during all modes and difficulties are limited to jumping. He can't even walk and has no attacks, so this naturally puts the entire emphasis of the gameplay on performing loads of accurate jumps. This probably doesn't sound ideal for a mobile game but happily there is a simple and very effective interface. The screen is divided into quarters - pressing the lower-left portion makes Mike jump low to the left and pressing the upper-left portion makes him jump high to the left, and it's the same for the upper and lower areas on the right of the screen. Even better, touching any of these areas brings up a power-meter which determines the strength of the jump, meaning Mike can hop across a few pixels, pinging into the distance, or anything in between! 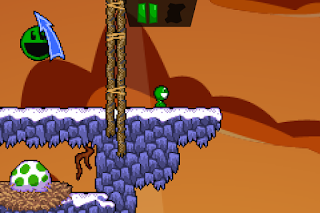 It probably sounds like a good idea and indeed, it works really well. It can be a bit annoying to miss a high jump and fall all the way back down, and there are certainly sections that you'll need to repeat over and over, but exploring the stages is easy enough and good fun too. There are a few standard platformer features like crumbling platforms, conveyor belts, slippy ice, and even helpful snapper plants that spit you up to higher platforms, and the graphics and music are pleasant enough throughout as well, but the best thing about Bullet Pea is its simplicity and accessibility - you can spend an hour trying to complete a stage in as few jumps as possible or you just have a quick five-minute leap-around. Its fifteen stages probably won't last too long but, while it does last, it's probably the best mobile platformer I've yet played.

Game Trailer: the footage is a little jerky for some reason but rest assured, the actual game is much smoother :)