Every time someone like this comes along, I usually take an automatic disliking to them. I don't know why. Perhaps it's a fear of being 'one of the flock', i.e. liking things, or pretending to like things, just to be fit in or be popular, leading in turn to a natural resistance to 'cool' and 'trendy' things. More than that though, most of these trends are generally so stupid I can't understand how they became popular to start with! Often, one of the biggest indications that someone/something 'new' has come along is that crappy tabloids like The Sun start saturating coverage of them. And so it was with Lady Gaga. She'd been all over the tabloids, gossip magazines, and TV for many months before I heard any of her music, so it came as a pretty big surprise when I finally did, that she's actually pretty good!

Songs like Paparazzi, Poker Face, Bad Romance, and Just Dance are catchy and infectious numbers in themselves, but Ms Gaga isn't just about the music, oh no. She's like a one-woman circus, and, ridiculous or not, her costumes have started making bigger headlines than her music! It's strange too. Based at least partly on them, I always assumed she would be one of those loud-mouthed, obnoxious, profanity-spewing 'rock stars', but she her image apparently belies her demeanour. On a rare occasion I saw something on TV, I saw her accepting an award of some sort, and she's actually (or appears to be) a humble, softly-spoken, gracious lady. It's so annoying seeing some of these stars trying their hardest to be all 'rock & roll', so it was a nice, refreshing change to see how she is. However, those outfits of hers do defy belief sometimes. She's actually pretty attractive, but you wouldn't guess it from some of the things she wears. She must spend all of her earnings having them made! When 'researching' this Top Five, I found more than 25 costumes of hers you could at least call 'unorthodox', but here are my five favourites: 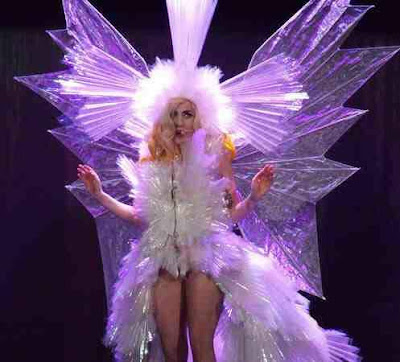 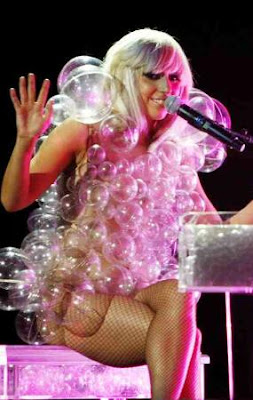 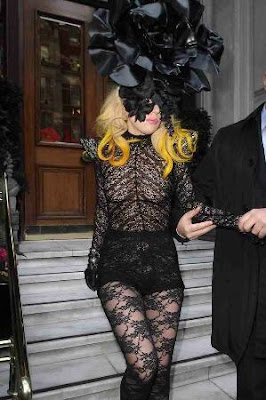 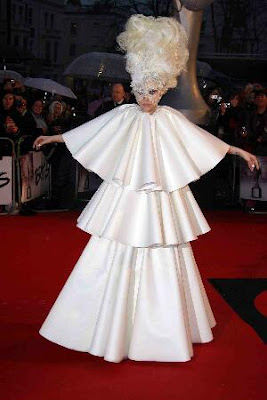 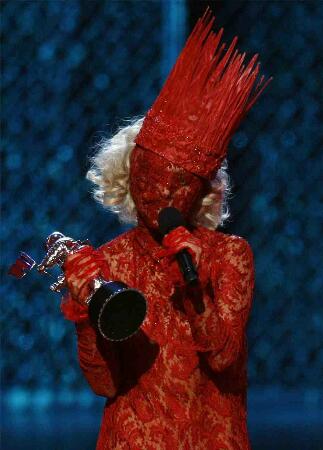 That's five pretty crazy outfits! Say what you like about Lady Gaga, but she sure knows how to make a memorable appearance! Back in a day or two with my next post where I'll be starting my look at the Thunder Force series. First up: Thunder Force for the NEC PC-88...
Posted by RetroKingSimon at 03:02