Trees rule, I don't care what anyone says. They could even be among the greatest anythings ever. Not only could do they look nice, provide somewhere for us to climb as children, and offer homes to countless creatures, but they also continue to supply us with a never-ending supply of oxygen as well. It's a great system really - we need what they have and they need what we have - a match made in heaven! It's for these reasons and many others that it upsets/angers me so much when people cut them down, or even just cut their branches off as so often happens to the rare inner-city trees here in my home town. Boo hoo, never mind, luckily I live near some splendid wooded areas and even a few forests so I can always get away and join my friends, the oaks, beeches, ashes, birches, horse chestnuts, sycamores and all the rest of them whenever the feeling takes me. Choosing a Top Five Trees is a largely nonsensical pursuit of course, but here are five highly noteworthy examples :)

I've already sung the praises of this spikey conifer and I can still never avoid smiling when I see one. Which isn't very often here, of course, since they come from the South American mountainous regions where they grow substantially larger than the ones 'introduced' to Europe and other less suitable parts of the world. They're hardy things too - they can survive on the barren, windy, Andean slopes for up to 1,000 years so many of them will be around long after our stupid species is gone... 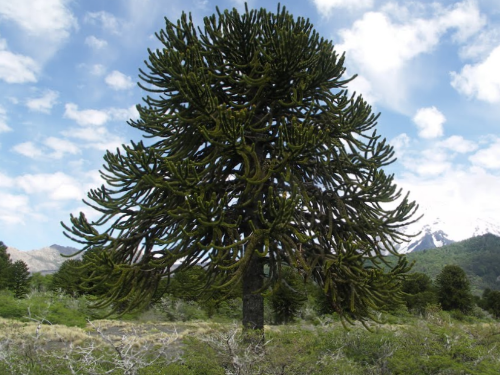 These unusual-looking pines seem as though they've been pulled straight from Fangorn Forest! Fortunately they haven't - they instead grow in what I believe Americans refer to as the 'mid-west' of their giant country. Like Treebeard and friends, they're also very old. In fact bristlecones are not only the longest-living trees in the world but the longest-living organism of any kind. It's believed that they can live for up to 5,000 years which is quite remarkable really - some of them have been around longer than the pyramids of Egypt! 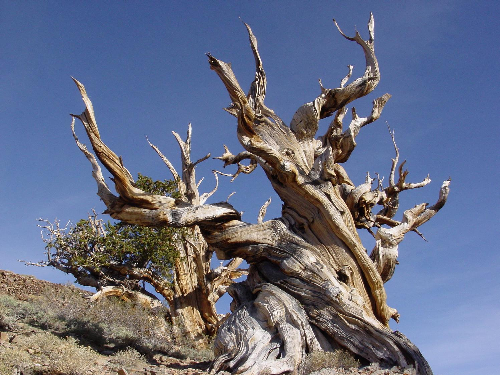 They may cover nearly every corner of the Northern Hemisphere but oaks have always seemed as English as fish 'n' chips to me! They're also trusty stalwarts of pretty much every woodland area here in the UK and were my favourite tree to climb when I was younger - probably still would be if I weren't such a lazy oaf. This could be because I grew up right next to a heavily-wooded area populated by many oaks including one huge one I never managed to climb, but reminiscing and tomfoolery aside, they're still magnificent things - big, strong, distinctive, and among the most majestic wonders of nature I've seen. 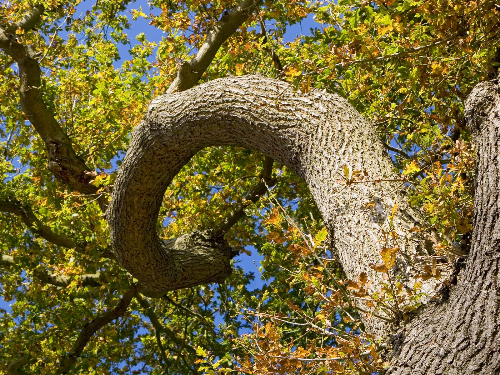 I first learned of these peculiar plants while watching the superb Planet Earth documentary series which featured some on the wonder-filled island of Madagascar where most of the baobabs reside. Frequently called 'upside-down trees' for reasons I shouldn't need to explain, these unique trees, also known as 'Adansonia', are believed by some to occasionally reach an even older age than the Bristlecones. Old or not though, they are vital for the animals and people who share the dry conditions in which they grow as not only do they store water in their trunks but their flowers and fruits have many uses as well. 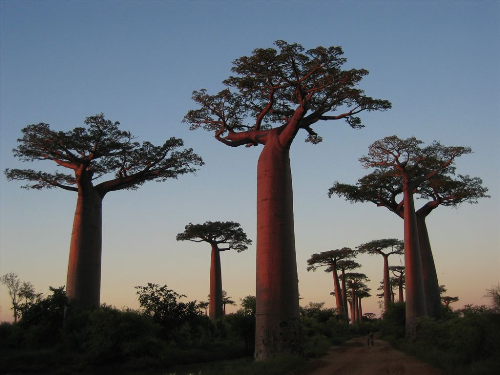 Predictable, perhaps, but these enormous conifers are an amazing spectacle to behold without any question. They're the largest trees in the world for one thing, routinely growing up to 80 metres or more, and they exclusively grow on a very small area of mountainous land in central California too, which means there's not many of them. They're tough things as their bark can withstand all but the most intense temperatures including fire! Although they have been grown in other parts of the world since their discovery, they never reach the sheer size of the 'originals' which are now protected within several national parks. Standing in one, surrounded by such awe-inspiring natural wonders, must be a remarkably humbling experience... 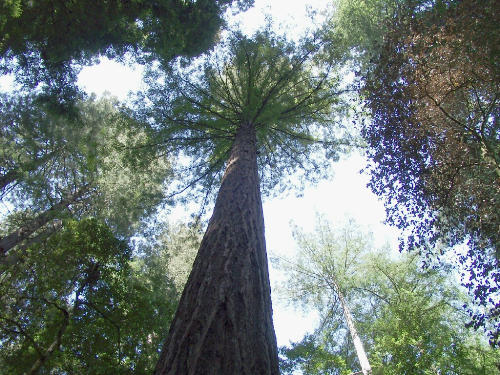