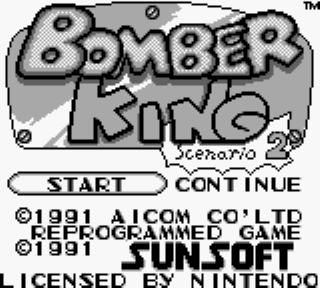 It's not uncommon for games released in Japan to make it overseas in reworked, or at least renamed forms. Quite often it's because the original game is based on an anime series or something else that's popular in Japan but unheard of elsewhere, but sometimes the reasoning behind it is difficult to understand. Take the prequel to this very game, for example - released as part of the splendid Bomberman series in Japan but rejigged into an all-new game called RoboWarrior for its release elsewhere. This was strange as Bomberman was already a well-known and well-liked character, even outside of Japan. Strange or not though, a potential new franchise had been created so when the sequel appeared in Japan, again Bomberman themed, surely it would be released as RoboWarrior 2 in the US and Europe? Actually, no. Bomber King 2 was actually turned into a semi-sequel to hit NES game, Blaster Master, which has nothing to do with Bomberman, even in Japan! 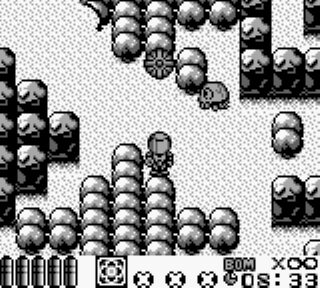 Oh Nintendo, your confusing ways vex me so. Regardless of its name/theme though, this game is very much related to Bomber King/RoboWarrior. The Game Boy's limited display means things look quite a bit brighter here (i.e. white) but the style is the same as before, with regards to the graphics as well as the gameplay. Each of the nine worlds is made up of between two and five stages and the object of each is to bomb all the destructible blocks for power-ups but also the key to open the exit. The last stage of each world consists of a fight against a large cretinous boss and there are of course numerous enemy creatures walking/hopping/glomping around the normal stages which can be taken out with Bomberman's gun or bombs. Most of them take several shots with the gun but it never was much cop. Here it seems even less useful, but that could be down to one of the biggest differences between this game and its prequel - infinite bombs! 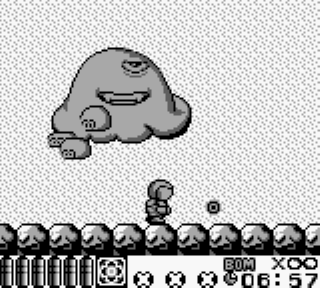 This does make a big difference too - the savagely difficult Bomber King and slightly-less-tough RoboWarrior afforded you a limited supply of these, often very limited. This was a strange thing to do in a Bomberman game and made going very tough, so naturally this sequel is significantly easier. If you so desire, you can now bomb all destructible blocks on a stage (or as many as possible within the time-limit, at least) and stock up on all the power-ups, most of which should be familiar to fans of the previous game(s) - more energy, super-bombs, candles, as well as items to help you pass over watery or spikey areas, both of which otherwise hurt Bomberman as before. The scrolling, overhead-viewed stages are usually only a few screens in size but there are plenty of hidden items and even secret rooms which are shrouded in darkness (unless you have any candles). So, there's not quite as many different items to collect as before but apart from that, everything here is more-or-less as before. And that's 'before' as in Bomber King/RoboWarrior, not Blaster Master. 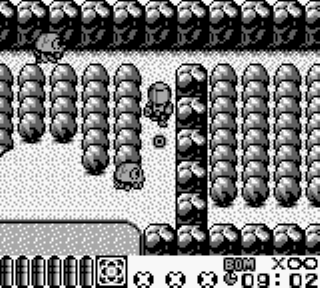 Indeed, despite being an official Blaster Master game, it would've been far more appropriate to make this RoboWarrior 2, in my opinion at least - the NES game is certainly the one I was most reminded of when playing. Maybe the overhead sections of Blaster Master are slightly Bomber King-esque but the only things that really reminded me of Sunsoft's game here were the music and main sprite. The graphics are quite detailed too, but there's little variety between stages, either in their appearance or design. The scenery graphics and enemies rarely change and the music, catchy though it is, is even less varied. You will at least get to see more of the stages thanks to the infinite bombs, and accidentally bombing yourself is also much less common owing to improved, though still slightly sluggish controls. Overall, though, this is a far easier and less-frustrating game than Bomber King (with the exception of the bosses who are a pain in the behind!) which would've made for a superb and addictive sequel if it was a bit more varied.