Science fiction writers of the early-to-mid 20th century were an imaginative bunch but they sure got a lot of things wrong didn't they? In many cases it was more of a timescale problem - according to many of them, by the year 2000 we should've been travelling around in flying cars here on earth, teleporting to work, and of course exploring space in big, sophisticated interstellar vessels, starting wars with all sorts of alien races, no doubt getting our arrogant arses handed to us in the process.

Our biggest oversight, however, must be robots. It really is desperately disappointing how far behind schedule we've gotten with these clanking automatons. It's 2014, for heaven's sake! They should've been doing our monkey jobs for long enough now to have developed intelligence, risen up against their human oppressors, and wiped our filth from the planet, but we haven't even invented them yet! Oh well, maybe some day. Luckily we have the world of TV and film to remind how cool robots could be, and here are five of my favourites:


5... Smash Robots
Old British people like me must surely remember these entertaining fellows who were used during the 70's and early 80's to advertise instant mashed potato of all things! They're not just robots either, but Martian robots, who take much pleasure in covertly observing the convoluted way in which we stupid humans make mashed potato while they prepare their own Smash variety much more quickly and easily. 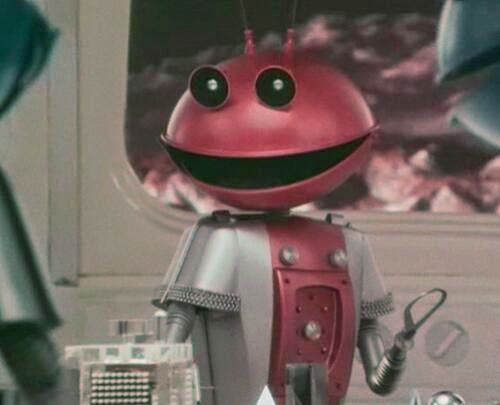 4... Metal Mickey
I actually remembered very little of this guy until starting this post - mainly just his name and the fact that he looked amusing - but it turns out he actually made guest appearances on TV shows here and there in the early 80's before landing his very own show. It was set in the home of an ordinary British family whose youngest member had created Mickey to help out around the house, although he actually spent more time trundling around being a wiseass and saying "boogie boogie" a lot. 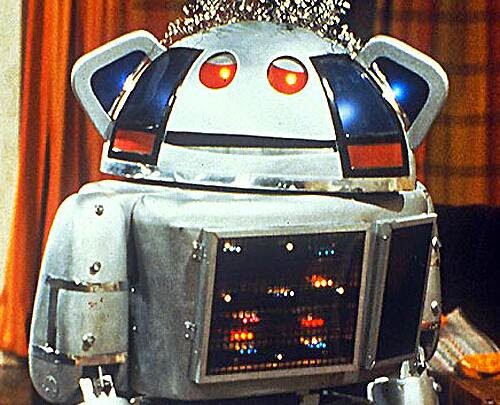 3... Johnny 5
Okay, so I guess Johnny 5 isn't too different to some of the robots we've built for real - he's a bit cumbersome, quite frail-looking - I guess that's because he actually was built by us, and in the 80's no less, but there are two big differences to most of the 'real' examples I've seen: he has a winning personality as well as a cool laser! Time for Short Circuit 3? No need to worry about him looking too old after all! 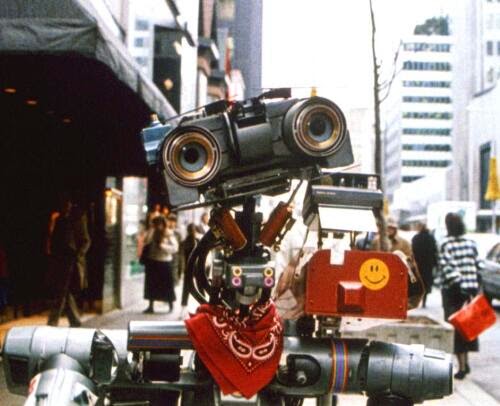 2... Iron Giant
There are many advantages of animated robots but one is size - it's much easier to portray a large one, for example, or even a 'giant' one. This particular giant is the star of his own Cold War-era film in which he befriends a young boy who attempts to hide him from the U.S. military. He's also by far the most heroic clanker on this list whose grand adventure is a highly appealing and touching one. 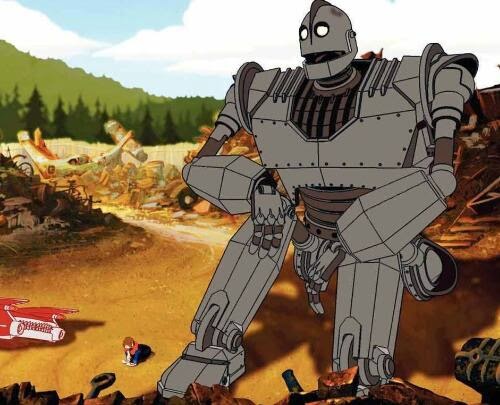 1... Cylons
Eeek, bad guys are scary enough to begin with in most sci-fi shows, never mind when they're evil robots! The Cylons in the Battlestar Galactica reboot are quite scary (when they're not sexy ladies of course) and rather cool-looking too, but I think I'll always prefer these cold, calculating machines from the original TV show, not least due to their awesome electronic voices. By your command indeed! 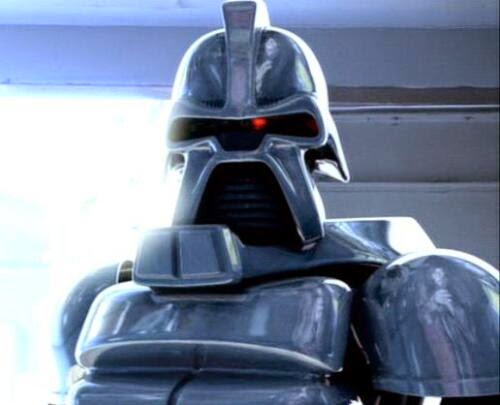 Special Note: For the record, anything covered in skin or designed to look human automatically doesn't count. This rules out Data (Star Trek), Terminators, Robocop, and all the rest of them, who are actually androids or cyborgs. I also intentionally left out Bender as Futurama has enough amusing robots for its own list. Same goes for Star Wars too...