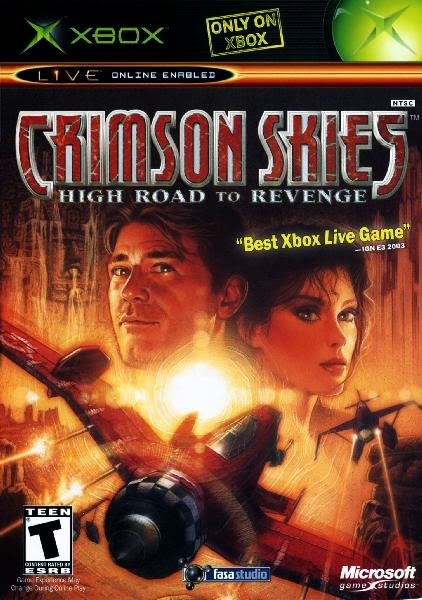 So, flying games, huh? I've never really known what to make of them to be honest. The idea of them is almost always appealing but on the few occasions I've taken the chance and played one, I've nearly always ended up frustrated and/or disappointed (probably more my fault than theirs but still). A low price point helps though, and I happened to spot this popular Microsoft game for a ridiculously un-pass-upable 75p!

The back-story is actually quite detailed, taking place in an alternate-timeline version of the 1930's where the Americas have fragmented into many smaller nations who are in a constant state of war with each other. As a result, interstate highways were never developed and the main means of transportation is by plane and Zeppelin. Since the people have moved up in the world, so has the crime, and I was (pleasantly) surprised to find that you play as what basically amounts to one of these 'bad guys', albeit a dashing and heroic one, named Nathan Zachary, leader of Fortune Hunters air pirate gang - one of many such gangs that prey on the aerial commerce of the area. The game takes place in four regions starting with Sea Haven, an island off California.

Each area offers numerous missions and side-quests, the successful completion of which earns you money. Not all of them are mandatory though, with only some progressing the story and opening subsequent areas. They can include near enough anything too - minor stuff like participating in air races, finding stolen planes, and searching for missing colleagues, right up to the bigger missions such as sabotaging operations of rival gangs, escorting friendlies through hostile territory or taking on the formidable forces of 'The Nation of Hollywood' (i.e. the authorities who are trying to eradicate the pirate scum and all related villainy). 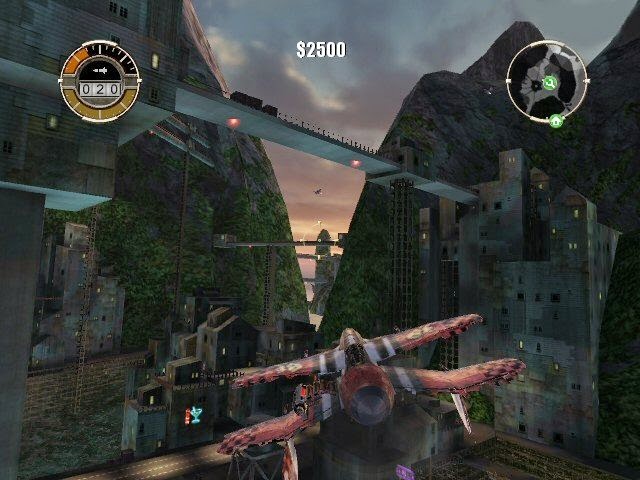 In keeping with the setting of the game, all the aircraft are propeller-based, but at the start of the game Nathan only has one at his disposal (and he almost doesn't have that one!) which is known as the 'Devastator'. Numerous other planes can be found and 'acquired' (i.e. stolen) at various points during the many missions and, while varying slightly in terms of speed, manoeuvrability, armour, and weapons, most of them are of a similar configuration - small, light, armed with machine guns or cannons as primary weapons, more powerful secondary weapons (such as rockets), and a booster which helps you get around a bit faster but overheats quickly. Each plane can be upgraded too, using money from completed missions.

Unsurprisingly the gameplay is much more arcade style than simulation which means your planes are fairly simple and easy to control. Enemy fire wears down their armour and hitting stuff like the landscape, ground/sea, or any obstacles also merely causes damage rather than sending them to the ground in flames. Armour can be replenished by visiting a repair shop (which are only present on a few stages) or by collecting health crates that are occasionally found drifting around, and there are also ammo crates to refill limited ammo weapons (like the rockets). The action isn't all plane-based either - I was surprised to find Nathan disembarking on occasion to make use of various anti-aircraft guns. And yes, that is as cool as it sounds! 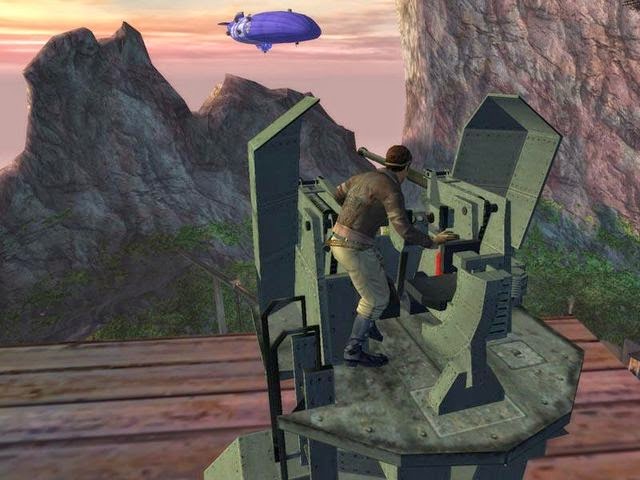 This all no doubt sounds very spiffing, and indeed it is rather good, but probably the game's strongest aspect is its presentation which is fantastic. The various locales are gorgeous and superbly rendered, and missions take place at various times of day too, which means lovely lighting effects (including some breathtaking sunsets/rises). The various aircraft are nicely, and in some cases imaginatively designed, and the explosions and weapon effects are quite impressive as well. There are also some nice cut-scenes between many missions which feature decent lip-syncing and strong voice-acting talent (Nathan is voiced by Tim Omundson), and it's all topped off by a very movie-like and often ultra-dramatic orchestral soundtrack.

I think my favourite thing about this game, though, is that thanks to its spluttery propeller-powered planes, the combat is a little easier to manage. Most of the earlier examples I've tried are very well made but feature jet fighters or something similar, and that means super-fast fly-bys and enormous turning circles, and that means you pretty much need to get things dead on at the first time of asking. Crimson Skies is not an especially easy game - the difficulty curve is actually close to ideal - but it's more forgiving, and also much less annoying to play. 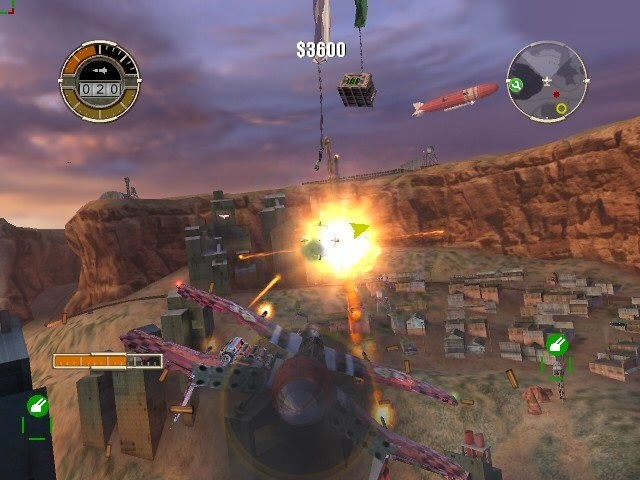 In fact, it's rather splendid to play! When engaging in dog-fights, for example, you fly slowly enough that you can actually follow enemy aircraft around, taking pot-shots at them as you go, as well as avoiding their fire of course, rather than just zooming past each other and spending five minutes turning around so you can try again. This makes the combat much more enjoyable, not to mention exciting, and it's also very atmospheric thanks to the great soundtrack and voice-acting. Something that makes it even better, though, is that it's not just constant combat - you can just pootle around doing whatever you want really, as long as it includes a proper mission now and then, so it can even be a relaxing game at times too!

Something I am sadly not able to experience is the apparently-superb online multi-player mode which features (or featured) several play modes including deathmatch and capture-the-flag modes. The split-screen mode still works though, obviously, but even the one-player mode on its own is sufficiently thrilling as well as varied enough to be worth the (now meagre) price of admission. With the exception of Star Fighter, this could well be my new favourite 3D air-combat game.