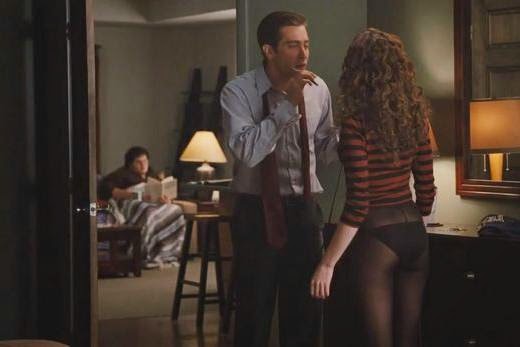 You might think this is just another rom-com that my wife 'encouraged' me to watch but it's actually one I bought for her only to find that she'd already seen it and didn't like it! Oops, oh well. I eventually got around to watching it anyway and it's actually not bad. This could of course be because Anne Hathaway spends much of it in various states of undress. She plays Maggie Murdock, a somewhat promiscuous young lady who begins a sexual relationship with Jamie Randall (Jake Gyllenhaal), a womanising pharmaceutical sales rep. He soon falls for her but finds her much less eager to commit to a longer-term relationship since, as we later find out, she suffers from early onset Parkinson's disease and seems to only want a sexual partner due to fears that any boyfriend or husband would leave her when her condition became too much of a strain. I guess it's hardly the most original premise but this isn't an all-out rom-com - a surprising amount of the plot is dedicated to Jamie's blossoming career, especially when a new drug called Viagra appears (the film is set in the mid-90's), but both sub-plots work pretty well together. Gyllenhaal and Hathaway are both likeable in their roles, too, and they have some decent support from Hank Azaria and Oliver Platt amongst others. Unexpectedly enjoyable... 7/10 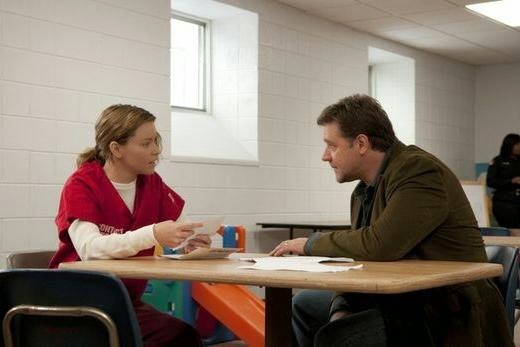 I had never even heard of this one before spotting in on Netflix, which is quite surprising since it has a big-name director in Paul Haggis and a heavyweight lead in Russell Crowe. He stars as John Brennan, a community college professor whose wife (Elizabeth Banks) is suddenly arrested for the murder of her boss who was killed straight after they had dinner together (as well as a public argument). One trial later and she's sentenced to life in prison. With all appeals exhausted, a desperate John decides the only solution is to break her out, but where does he start? After finding a book by a serial prison breaker (Liam Neeson in a cameo), John meets him and learns the basics - things he'll need and what plans to make. It's all easier said than done though, obviously, and means consorting with some mighty undesirable characters. It sure sounded like a potential thrill ride but then I learned that it's a remake of a French film called Pour Elle and must therefore suck. Happily, though, despite a slow start, that's not the case! Crowe and Banks are pretty well suited to their roles and the inevitable climax is reached with enough twists and turns to keep things interesting... 7/10 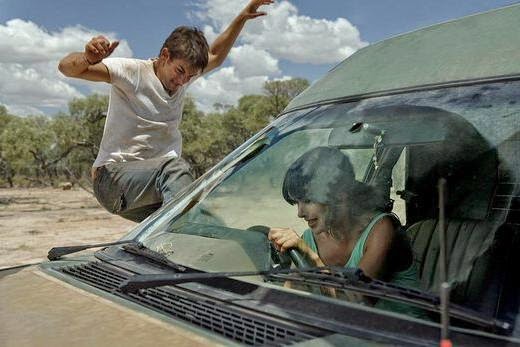 No, not that Amanda Seyfried film of the same name. This is another film and is a very rare case of me watching a film on normal TV (hey, I wasn't feeling well and couldn't be bothered to turn it off)! It's a backpacker film featuring English couple, Alex (Shaun Evans) and Sophie (Amelia Warner), who are intending to meet up and travel around Australia after starting off separately. Alex arrives in Sydney and quickly meets Taylor (Scott Mechlowicz), a charming American who takes him for a night of drinking and girlies. The next day they decide to stick together, travelling to Byron Bay to meet Sophie where they find she has also brought a friend called Ingrid (Zoe Tuckwell-Smith). She seemingly vanishes as suddenly as she appeared though, so they travel on as a threesome, mainly since Taylor has a van he seems happy to drive them around in, but Alex soon starts to regret it owing to Taylor's increasingly suspicious behaviour and apparent interest in Sophie. I guess you can tell where this is going - I certainly could while watching it - and indeed, although the performances are all fine, Gone ended up being a rather average and very predictable psycho-thriller... 5/10 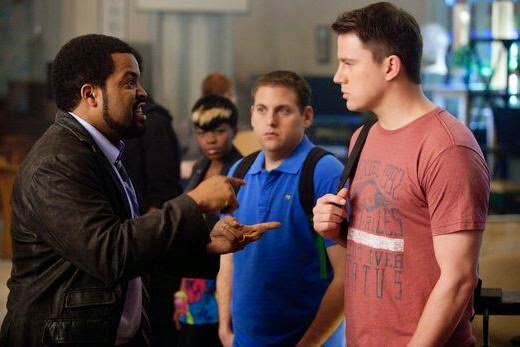 Well, this was an unexpected name to bring back to life. It's (loosely) based, of course, on the 80's TV series of the same name, but since it's a show I never saw I didn't really know what to expect beyond something to do with the po-lice. The rozzers in question are Morton and Greg (Jonah Hill and Channing Tatum), a typically clichéd mis-matched nerd/jock pair of bumbling rookie officers who, thanks to their youthful looks, are reassigned to work undercover as high school students. Their objective is to trace the source of a new synthetic drug called HFS which is currently popular with kids but they spend just as much time reliving their school years as they do conducting police work. It's hardly an innovative premise but films like this don't usually need to be as long as they feature appealing characters and a decent mix of comedy and action. Happily, this example ticks all those boxes. For the first 10-15 minutes I wasn't sure about it as it just seemed a bit too stupid but it soon won me over, particularly the role-reversal of our two heroes who quickly find that school life has changed since their time there. Funny, satisfying, and surprisingly smart... 8/10 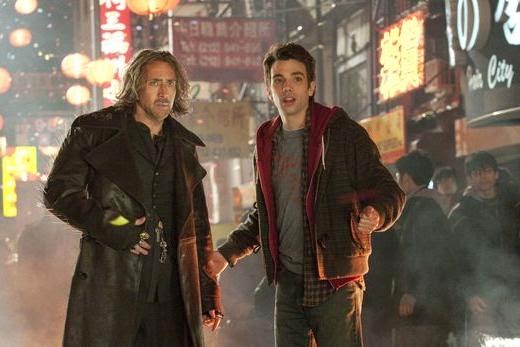 This definitely isn't the kind of film I would usually choose to watch but my wife was eager to see it so that kinda meant I had to as well. It begins by chronicling the ancient battle between rival apprentices of Merlin - Horvath (Alfred Molina), who killed Merlin, and Balthazar (Nicolas Cage in long-hair mode), who trapped his treacherous rival in a magical prison. Fast forward to the present day and our hero now lives in New York which is not only where Horvath has recently been released from captivity but is also where Balthazar believes he has found the 'Prime Merlinian', his master's long-prophesied successor and apparently the only one who can defeat Horvath. Dave Stutler (Jay Baruchel), a 20 year old physics student, has 'the gift' but he'll need to be trained first, whilst Horvath and his minions hunt he and Balthazar down, obviously. I didn't actually realise prior to watching this but not only is The Sorcerer's Apprentice a Disney film but it's also based (very loosely) on the Fantasia segment of the same name. Make of that what you will but it's not as bad as I thought it would be (for a Disney film), spoiled only by a corny plot and a rather mis-cast Baruchel... 6/10