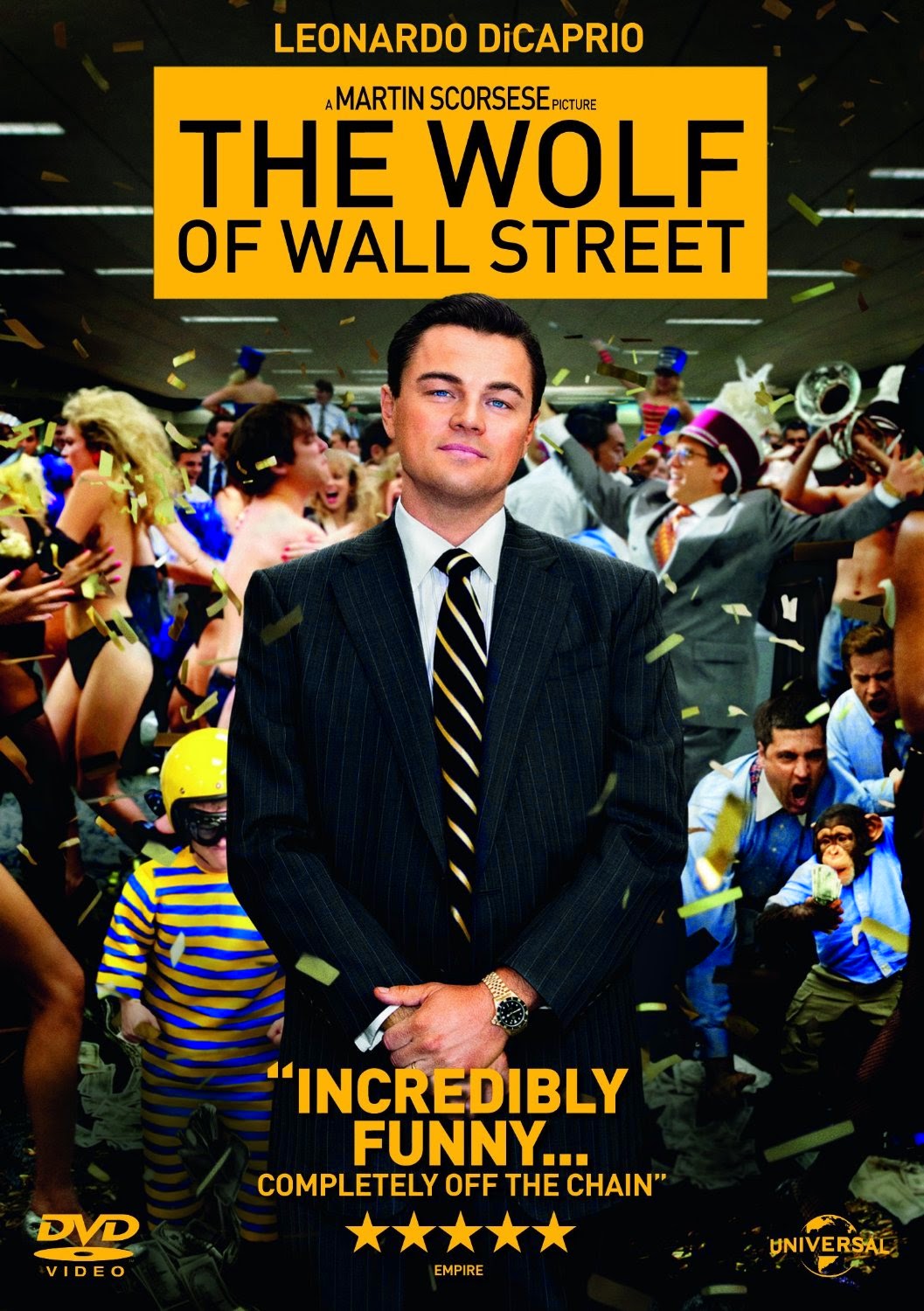 I think it's safe to say the common perception of Wall Street is not an especially positive one. It is after all pretty much exclusively associated with greedy, arrogant, lying fat cats who have and want nothing to do with us lower class riff-raff. Oliver Stone's film of the same name among many other examples demonstrated that all too well, but at least they are fictional. Martin Scorsese's latest effort, however, is not. Much like several of his previous films, it's based on the memoirs of its main character - Jordan Belfort, a real-life stockbroker who, after earning a low-level position with a respected Wall Street firm and almost immediately losing it following Black Friday, instead decides to start his own company dealing in penny stocks along with new friend, Donnie (Hill).

After recruiting a few other friends Jordan (DiCaprio), Donnie, and the rest of them begin their work with the newly-formed company, given the 'respectable' name of Stratton Oakmont Inc. to disguise the fact that it's just a 'pump and dump' scam. Which basically means they lie their arses off to sell shares for overly-inflated prices! Thanks to aggressive use of these underhand selling techniques (learnt under Jordan's tutelage) they are soon making a fortune and their days have descended into non-stop partying, drug use, and debauchery, in the office as well as elsewhere. Even without this lunacy, however, it's not long before they've earned the attention of the FBI, specifically Agent Patrick Denham (Chandler) who makes it his mission to take them down.

His attention is not really surprising either. Despite his apparent fame, I was not aware of Jordan Belfort or his exploits prior to buying this so I wasn't really sure what to expect. Well, other than some Wall Street-related activities, naturally, and that alone conjures images of rich people getting richer at the expense of 'ordinary' people and acting increasingly arse-ish, but the amount of profanity, flagrant drug use, shagging, and generally immoral behaviour here was quite shocking! The Stratton Oakmont office alone sees semi-naked marching bands, dwarf darts, prostitutes, and literally constant parties, and Jordan and Donnie (and no doubt many of their employees) are near enough always under the influence of something, usually Quaaludes, their drug of choice.

Indeed, assuming this is a realistic portrayal of the actual events, it's a wonder any of them found time to actually sell any stocks! Artistic license (possibly) aside though, one thing I was distinctly aware of before and while watching this is that it's a Martin Scorsese film and that's a near-as-dammit guarantee of wonderful production values, a gripping (and probably lengthy) running time, and a wealth of fine acting talent, and that's definitely the case once again. Just as Scorsese's usual excellence is to be expected, so too is DiCaprio's which he demonstrates once again with another remarkable centre-stage performance. One surprise, however, was Jonah Hill. I almost didn't even recognise him to begin with but he does a fantastic job as the star's friend/partner, Donnie.

The pair of them understandably and intentionally steal the show here and their exploits are... well, pretty hilarious most of the time, especially their insane (and quiet surreal) experience with a batch of expired Quaaludes, but they have some top support too. Everything about this film is of the highest quality but that shouldn't suggest it will appeal to everyone. The sheer ridiculousness and frequency of most characters' behaviour was almost too much at times; there probably isn't a single decent, morally-upstanding character among them, and few lessons are learned. Some have actually called it the unofficial 'Goodfellas 2' and that's probably not too far wide of the mark. They have some similarities and, while this particular tale of excess isn't as powerful or insightful, it's definitely funnier and is yet another Scorsese masterclass.