Yes, I know, I can already hear some of you hurling insults and derogatory remarks in this general direction regarding the rather famous (or should that be infamous?) subject of this post, and Mr. Cruise does seem to polarise opinions somewhat. His devotion to the much-maligned 'religion' of Scientology is enough to earn the scorn of many, and his often-wacky behaviour seems to irk many more, but I don't really care about that stuff. I prefer to focus on more relevant stuff.

For example, something else he's devoted to is his work. He chooses his roles pretty carefully and he's actually a superb actor when the role demands it. He also usually performs all his own stunts during their filming as well, which is quite remarkable when you see some of them (mainly the Mission: Impossible films). He has a lot of time for his fans, too, and always spends hours working his way around crowds at premieres to give out signatures and pose for photos - something I respect a great deal considering how unpleasant some lesser 'stars' can be.

The main reason I don't share many people's opinions of Mr. Cruise, though, is simply because of how much I've enjoyed many of his films. When I mentioned to someone that I was planning on making this list I was asked "Has he even made five good films?". Now, as I replied at the time, I believe many people let Cruise's 'colourful' personal life cloud their judgement of his films, so yes, in my opinion he's made many more than five good films, but these ones are my favourites: 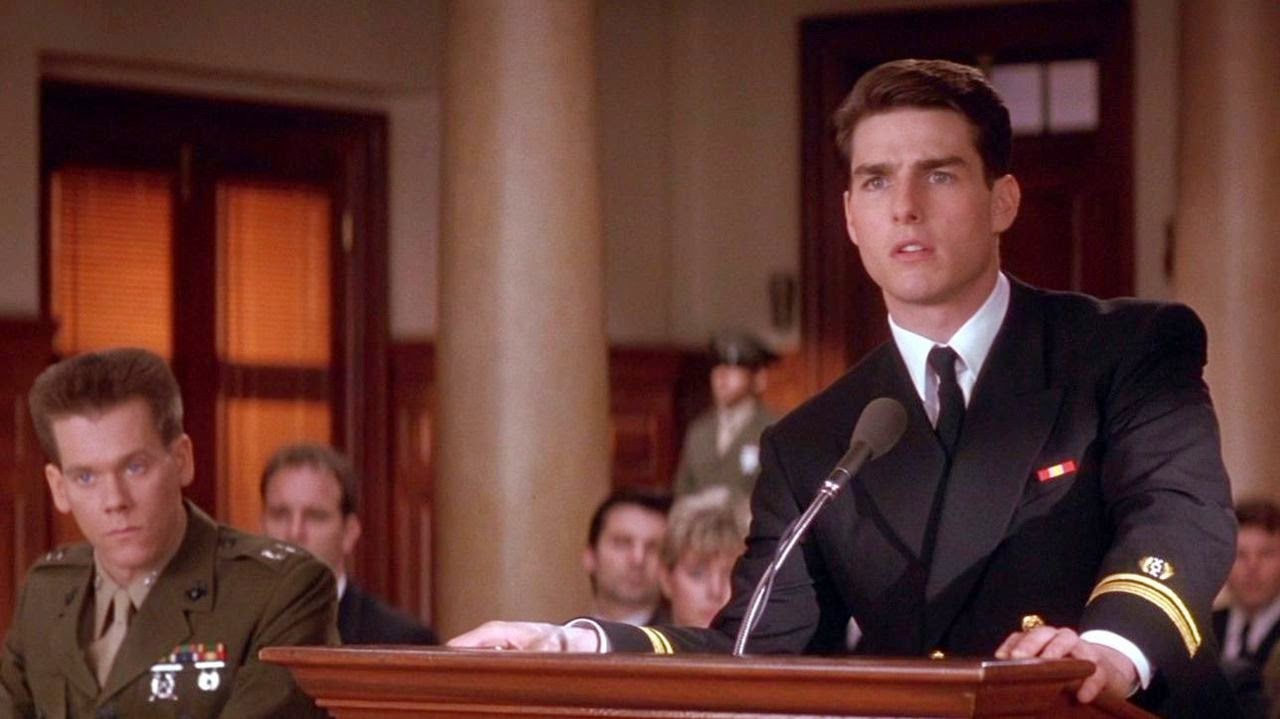 Despite the huge hype surrounding this film on its release, I ended up seeing it much later than most for some reason. Upon finally doing so (by buying it on DVD), however, it was very easy to see why it was so popular! It's basically a military courtroom drama which gives it potential straight away, but it has a superb cast too (with a scene-stealing turn from the mighty Jack Nicholson). Cruise plays Lieutenant Daniel Kaffee, an inexperienced US Navy lawyer assigned to defend two officers accused of killing a fellow officer, but Kaffee believes they were actually following the orders of obstructive base commander, Colonel Nathan Jessup (Nicholson). The plot is fairly predictable but powerful performances from pretty much everyone involved make this a gripping drama all the same 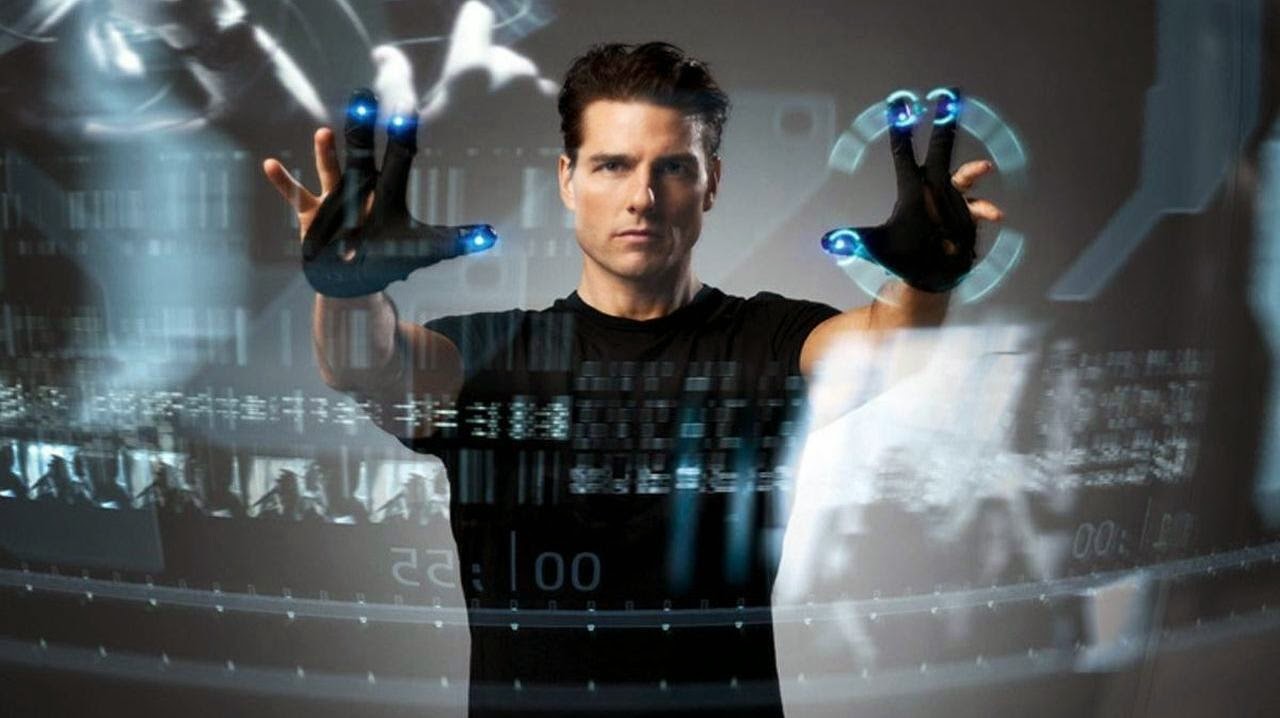 A lot of films have been based on the works of Philip K. Dick and one of the best must surely be Minority Report. It's set in Washington D.C. in 2054 where a unique method of crime prevention is used - precogs, which are mutated humans with precognitive abilities who are able to predict crimes before they even happen. The police then go and arrest the 'perp' before anything untoward goes down. All is going well, too, until a certain name is spouted up by the precogs - Captain John Anderton (Cruise), chief of DCPD, who will apparently commit a murder soon. So... he runs for it! Naturally he's also keen to prove his innocence, if indeed he really is innocent. His central performance is great too, as he tries to stay ahead of his former colleagues, although I guess being directed by Steven Spielberg doesn't hurt either. A thought-provoking thriller with a believable near-future. 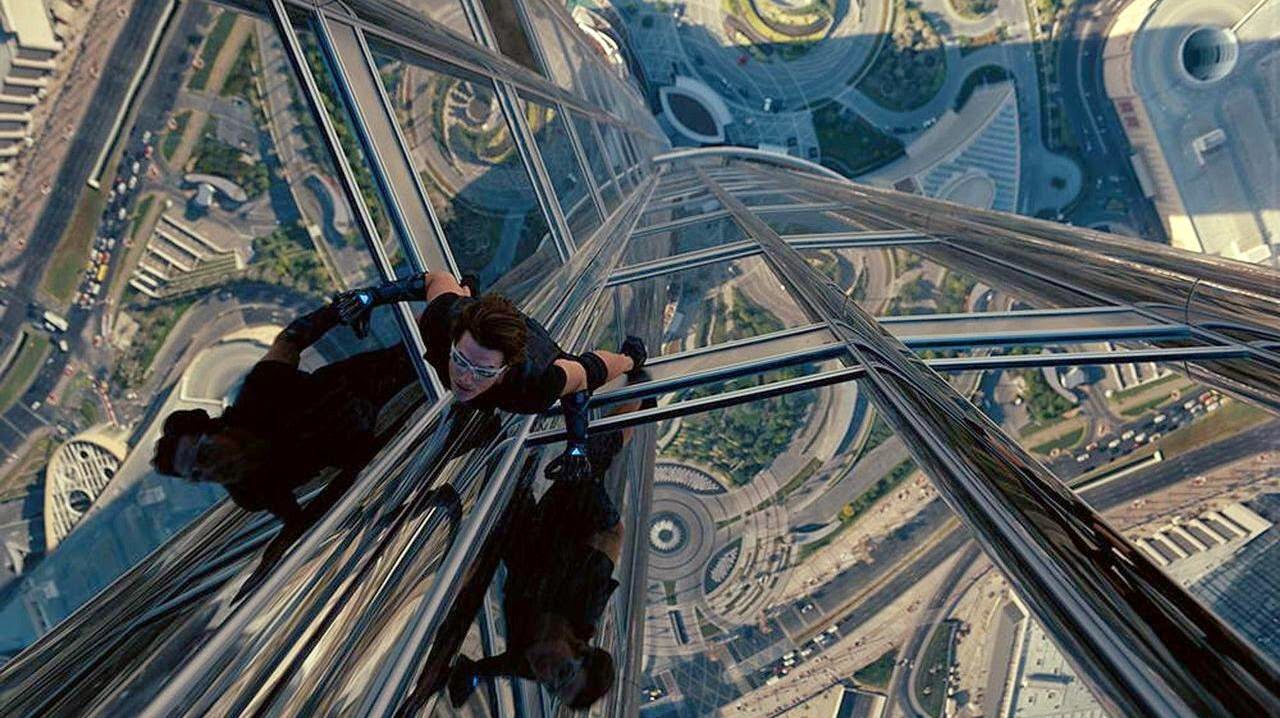 I've never been the biggest fan of the Mission: Impossible films. They are entertaining action films but nothing special. They do, however, seem to be getting better with each instalment and this fourth entry in the series is definitely the best yet. This time, Ethan Hunt (Cruise) and his team have to go undercover to clear the name of the IMF after it's implicated in a terrorist plot and shut down. But first they'll need to bust him out of a grimy Russian prison! Typically, the mission takes in all manner of glamorous locations, most famously the Burj Khalifa in Dubai which features some frankly ridiculous stunt work from Cruise, but there are many breathtaking sequences throughout the entire film. One of the best action/espionage films ever made? Quite possibly. 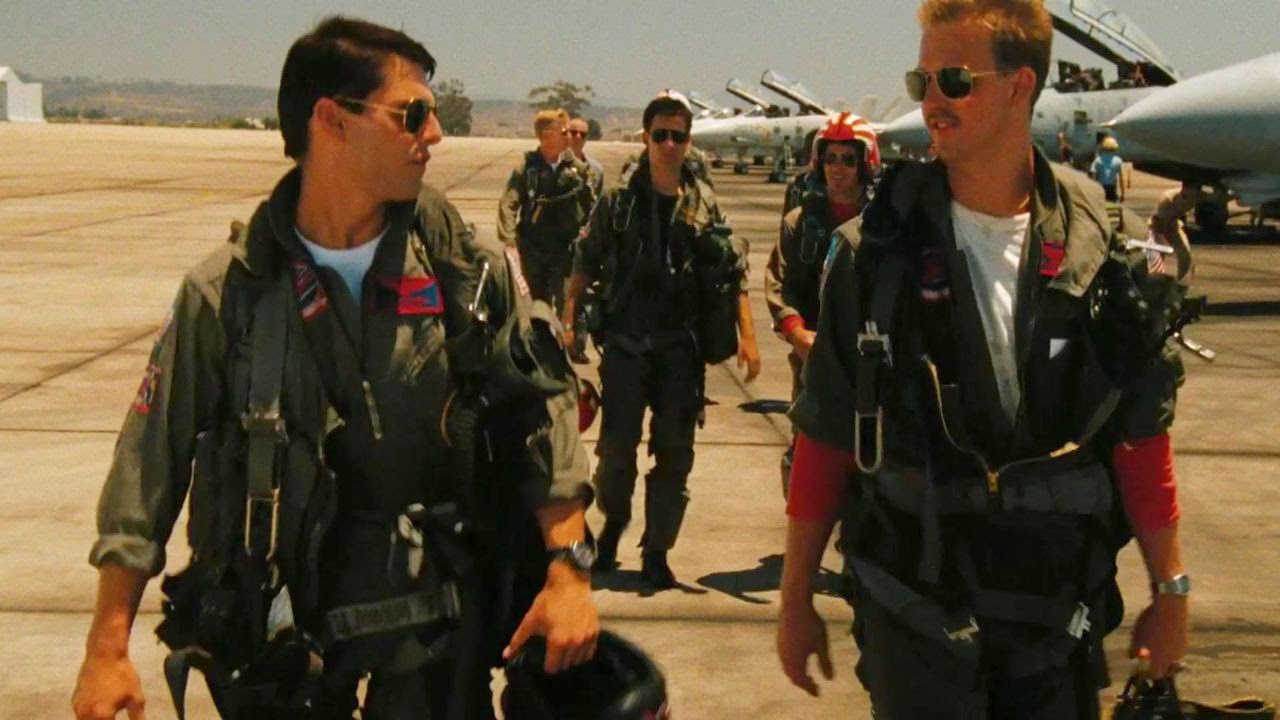 Cruise was already a pretty well-known actor by the time Top Gun was released but I think it's safe to say it was the film that really launched his career. How could it not? Almost everyone wanted to be a brave fighter pilot in those days and making a film about their exciting exploits, particularly those of their charismatic elite, was bound to score all involved some cool points. Casting a young, good-looking, up-and-comer like Cruise as the reckless, cocky LT Pete 'Maverick' Mitchell seems like a master stroke now and, despite not being first choice for the role, he made it his own. It's all pretty cheesy stuff, sure, but in an endearing 80's kind of way, and the aerial scenes are still some of the best around thanks to superb direction from the late Tony Scott. For some reason I didn't really pay too much attention to this when it was first released. I guess its story has become pretty familiar over the years, in one form or another. A few years later though, I picked it up anyway and gave it a go, and I was immediately mesmerised. This version stars Cruise as Nathan Algren, an American soldier and Civil War veteran who's been left traumatised after participating in atrocities against the Native Americans. Soon after accepting an offer to train Japan's fledgling military to take on a samurai 'warlord' called Katsumoto, however, he is captured. So yes, it's another 'going native' story, its historical accuracy is debatable, and its portrayal of the samurai is perhaps a little one-sided and romanticised, but this is still one of the most beautiful films I've ever seen. Who wouldn't find the ways of the samurai appealing if they were really like this? Cruise's performance is fantastic as well, probably his best to date. This fantastic film isn't just my favourite of Cruise's but one of my favourite films ever.