For almost the entire history of video games there has been a rivalry to one degree or another between console gamers and home computer users. The former believed their systems to be the superior gaming platforms whereas the latter heralded the multi-functionality of their systems, and I suppose both were right - that is after all what both types of format were designed for. 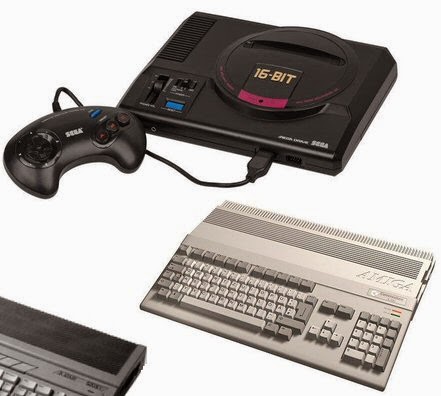 Rather than simply acknowledging that though, most gamers argued instead. First we had the Spectrum and Commodore 64 users versus the Master System and NES users, then MegaDrive and SNES users versus Amiga and Atari ST users, and when the CD-based consoles started appearing it was the all-powerful PC they were competing with. I was an active participant in many of these wars, particularly at college where I spent many study hours passionately lobbying for my mighty MegaDrive in the face of a devout Amiga fan, right up until I effectively left the 'current' gaming scene with the demise of Sega's final console which was, as we all know, the last really great console to be released. Part of the reason the Dreamcast didn't achieve the levels of success that Sega needed it to was simply because there were so many PS1 owners who were waiting for the PS2 to be released, and most of the rest were waiting to see what delights Nintendo would come up with for the GameCube or to see what Microsoft's debut console would offer, and it's these consoles that I recently decided must surely constitute the last of the true games consoles.

Despite mortally wounding Sega, I suppose I must begrudgingly admit that all three of them are fairly decent machines and host some pretty snazzy titles - indeed, the PS2 went on to become the highest selling console of all-time (for now, at least - Nintendo's DS is rapidly catching up!) - but one thing they all have in common is their ease of use. Just remove the packaging, plug them in, insert a game disc, turn them on, and play! Apart from perhaps the minor inconvenience of having to set the date/time, it really is that simple and that's exactly what a game console should be, right? No fuss, no messing around, just easy gaming. 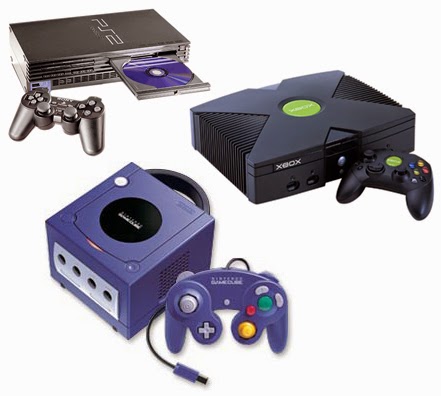 Unfortunately for creaky old-timers like me, however, I fear that it's an endangered concept these days. The menu systems on the previous generation of consoles include all manner of options and features, which is quite handy in some ways but slows down their use too, and they also seem unable to function without an internet connection. If you have one, the system will no doubt start whining about firmware updates which you'll have to then download and install before you use most of the features. After much fiddling around, you might decide it's time to try a game. This will almost always require additional installations and updates and many such games are rolled out in unfinished states so you'll probably need to download patches to even get them to run properly. And how long will these games even be playable? Some of them are so reliant on being online that they are no longer usable once their servers get shut down. Of course, many gamers would say this is all worth it as today's games are so much more advanced than those of yesteryear but it all seems far too reminiscent of gaming on another platform to me - yep, the PC again.

I've always avoided using PC's for gaming. This is in part due to the high cost of having a 'rig' powerful enough to run recent releases, but also because running games on them generally requires a lot more messing around than I was prepared for. Since owning a PS3, however, I've been barely able to tell the difference! Constant installations and updates are required, even just for using the system at all, let alone running games, and it drives me crazy. Worse still, from what I hear the PS4 and Xbone (snigger) are even worse than their predecessors so it seems it wasn't just a one-off 'transitional generation' either. I guess it's here to stay.

Many of you reading this will probably dismiss my inane ramblings as those of a overly-fussy retro gaming oaf who's unable to grasp the complexities of modern hardware. Perhaps I am but I can't be the only one who feels this way. Consoles, at least as far as quick plug 'n' play convenience is concerned, are near enough dead, and modern consoles are basically branded PC's without keyboards. How long, then, will it be before the formats all merge into one? Perhaps we're set for something similar to the MSX project - rival hardware manufacturers all making their own machines to the same basic set of hardware guidelines but running intercompatible software. I suppose that might not be such a bad idea but I can't help longing for the simpler days when I could insert a game cartridge, move the switch to the 'on' position, and then just play it. Do you welcome the direction the gaming industry is heading or do you yearn for a simpler time as I do?