As any regular visitors here will no doubt already know, two things I'm rather fond of as far as gaming is concerned are Sega and shmups. Imagine my delight, therefore, not to mention my surprise, to recently hear about a long-lost Sega shmup! This kind of thing happens now and then of course - lots of unreleased or prototype computer and console games have been leaked before, usually having been developed for a particular system before its fortunes take a downturn and a release no longer looks profitable. This particular title is a little more special though. 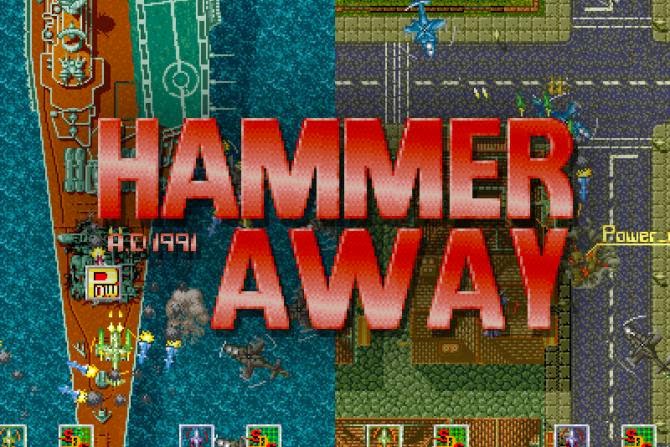 Yes that's right, for on this occasion not only does the title in question bear the name of the mighty Sega, and in their heyday no less, but it's also an arcade game! It was discovered in Portugal where three die-hard shmup fans apparently found a cache of old, dusty arcade PCBs, among which was a Sega System-18 prototype. One quick rescue/restoration later and the true splendour of the discovery was apparent - a previously unknown Sega shmup had been unearthed!

It was developed by a company called Santos in 1991 for release by Sega, even being unveiled at the 'AM Show' of the same year before disappearing without trace, and is seemingly a helicopter-based vertical-scroller. Despite perhaps being slightly generic in terms of the stage themes (grass, trees, watery areas, etc), there is some nice detail in the scenery. You can destroy the buildings with your chopper, too, which can aim left and right slightly as well as straight ahead, and fires some sizeable missiles at the ground and air-based targets alike which are seem stronger than standard shump fodder rather than being overly numerous. 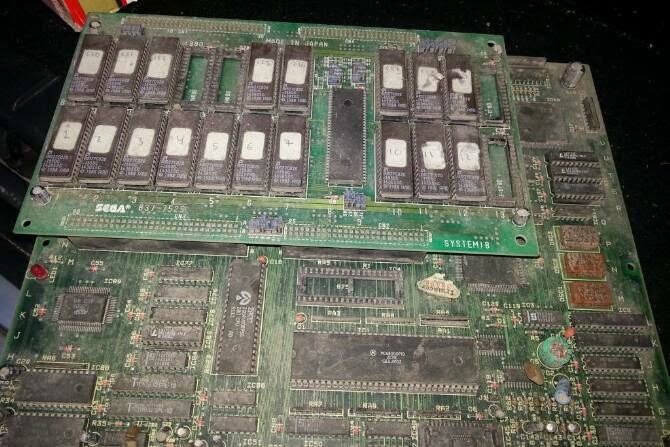 So, first impressions of Hammer Away... Much of the excitement is down to the fact that it's a Sega arcade game of course, and I can't imagine it would've exactly revolutionised the genre had it seen a full release, but it looks like a solid enough game to me. I'm sure it's only a matter of time before the rom finds its way onto various emulator sites, and you can most definitely expect a full review then, but until that happens, feast your eyes on these clips of the game running...